Bahrain Merida have announced they officially parted ways with team member Rohan Dennis on September 13. Dennis, who left the team mid-way through the Tour de France, rode the 2019 UCI World Championships on BMC bikes – a de-branded Time Machine in the TT and bright red Road Machine during the Road Race.

Soon after the conclusion of the World Championships main event, the Elite Men’s Road Race, Bahrain Merida issued a short and direct statement.

‘The team terminated its contract with Mr Dennis on 13th September 2019.

This termination has not previously been made public to allow Mr Dennis an undisturbed preparation for the UCI 2019 Road World Championships.
Mr Dennis has referred the termination to the UCI Arbitral Board.
Against this background, no further comment will be made at this time.’
Rohan Dennis was recently crowned World Time Trial Champion for the second consecutive year, is considered hot property and in the form of his life. He has been recently linked with Team Ineos, CCC, and NTT (formerly Dimension Data) … the only team on the three that use BMC bikes.
More to come. 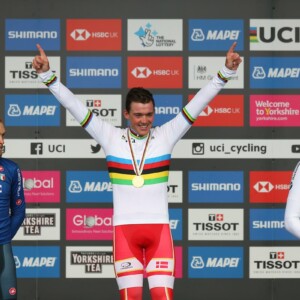