After riding a wave of success into the Cycling World Championships, Rohan Dennis had a mechanical failure during his ITT last night, causing him to need a bike change. This strike of misfortune cost Dennis what could have been another gold medal in his tally, with Belarusian athelete Vasil Kiryienka taking first place.

The stage favorite Dennis finished 6th overall with a time of 01:03:37, one place behind Tom Dumoulin (NED) but ahead of three-time world champion Tony Martin (GER).

Dennis had the 4th fastest time at the first time check but was quickly brought back 15 seconds by the bike change due to a flat tyre.

Other Australian finishers were Michael Hepburn and Luke Durbridge in 15th and 20th position. 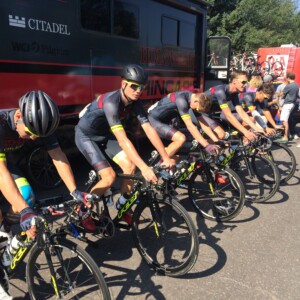