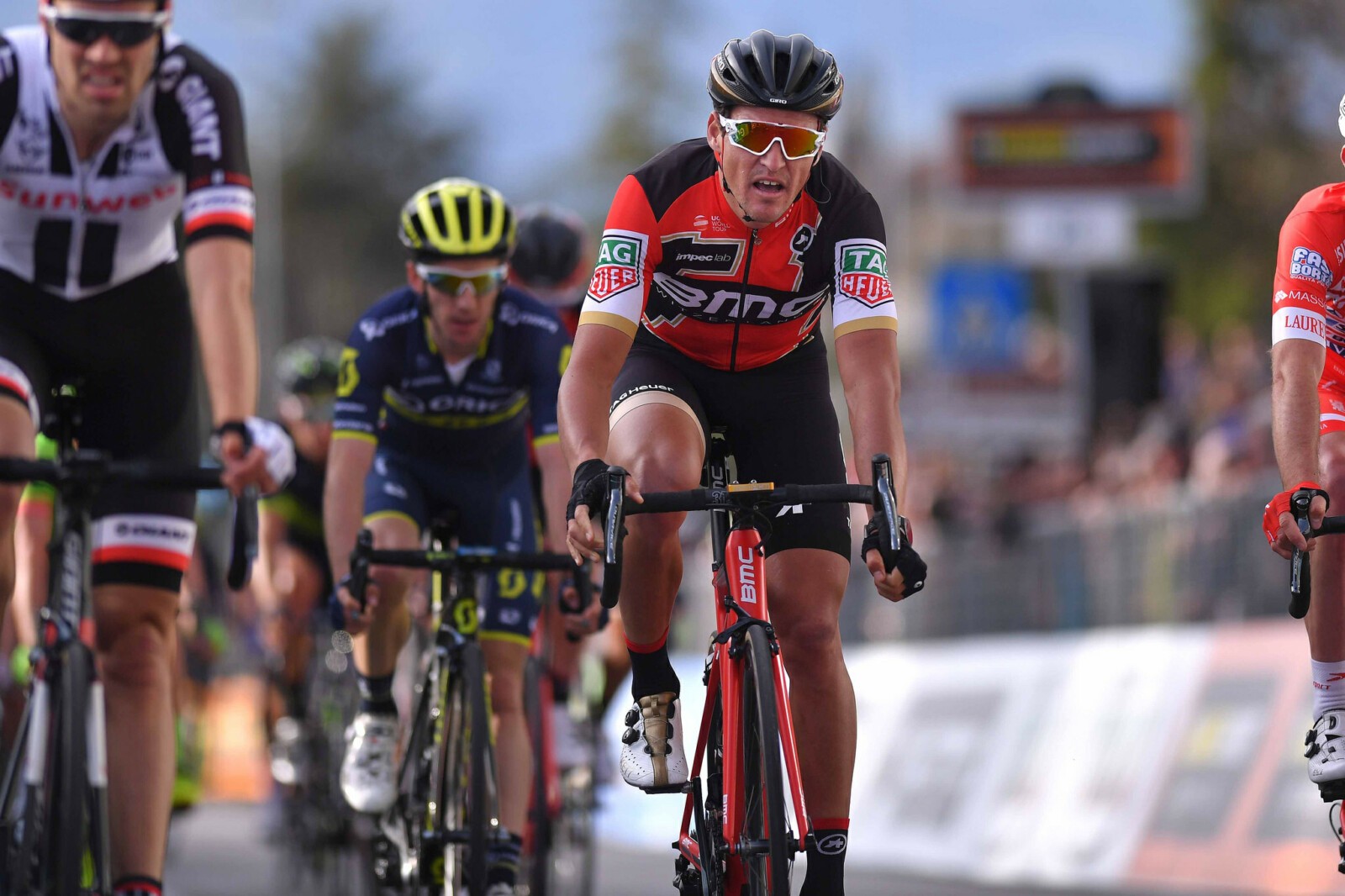 ‘Pro is continuing its investigation into the issue we saw with Team Sky at the team time trial of Tirreno-Adriatico,’ the statement reads. ‘We are continuing to look closely into all factors that could cause the incident. ‘During production the three-spoke wheel passed Pro’s extremely high internal quality control and ISO/UCI standards. Pro’s three-spoke wheel was introduced in 2014 and has a flawless record, achieving countless time trial victories since, including BMC’s team time trial win in the same stage.

‘In the meantime we wish Gianni Moscon the best of luck in the remaining stages of Tirreno-Adriatico.’

“My main goal today was the stage win as I felt I had the legs to do that and the course suited me well. Of course, it’s always great to wear the leader’s jersey, especially at a UCI WorldTour race, and this is really a sign of the performance of the whole team today.”

More Drama With Ewan & Kluge Out Of Race

Aussie outfit Orica-Scott suffered a bitter blow during stage 2 of Tirreno-Adriatico with the loss of lead out man Roger Kluge to sickness. Caleb Ewan was then caught up in a crash and came down heavily on his shoulder. Though cleared of serious injury, Caleb was forced to abandon the race.

“But the crash of Caleb was totally unexpected and is really a blow,” he said. “The one positive is that he doesn’t appear to have broken anything and will hopefully make a speedy recovery.”

“For sure it changes the complexion of the next couple of days for us, Caleb was second last year on what is the finish of tomorrows stage and it was a stage we had been targeting. Nevertheless that’s cycling, anything can happen at anytime and we will adapt and move forward.”

Orica-Scott’s sole goal will now be supporting Adam Yates, who finished in the top ten of Stage 2.

“Clearly the focus has shifted more onto Adam now,” White continued. “There was no need for him to push on today or take any risks and he rode very well at the end to keep himself up there with the other overall contenders.”

Andre Greipel timed his final pedal strokes of the bunch sprint to perfection at the end of Stage 5 of Paris-Nice.

Julian Alaphilippe of Quick Step retains the yellow jersey – he is 33-seconds ahead of countryman Tony Gallopin with three challenging hilly stages to come.

Aussie Richie Porte of BMC Racing Team remains in 34th position overall, 16 minutes down on the lead rider. Richie says he will be out to prove a point on the final three stages of the race. “I owe it to my team who have been really good here,” he told CyclingNews. “It’s just to have won this race twice and then to come back and have it bite you so hard, it’s tough.” 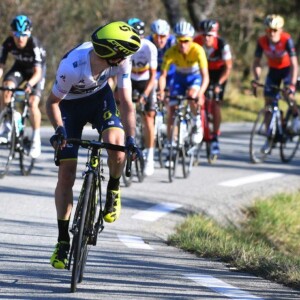