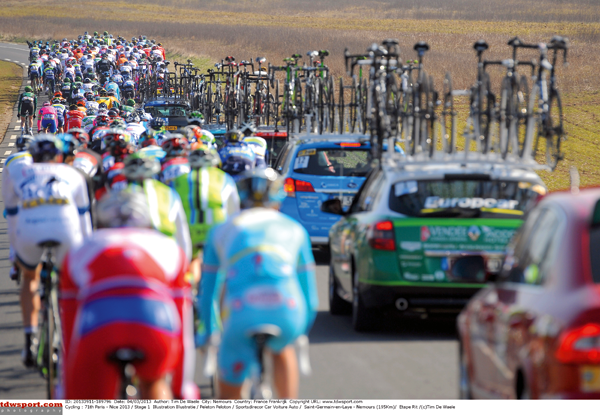 After half a season working on the non-rider side of the team fence, I have gained a higher level of appreciation for those who work to keep the team ticking over.  And although as a rider you feel you always work harder than anyone else in the team, clearly from what I have experienced from the other side, there are plenty of others who exhaust themselves equally for the good of the team.

As it is for bike riders, other staff members including soigneurs, mechanics, directors and medical staff, live and breathe their job.  My initial few weeks of working with the team were somewhat strange and I often felt like the spare prick at a wedding.  The one advantage I have had is that the staff at Orica-GreenEDGE couldn’t have been more accommodating in helping me transition from the insular world of being a professional bike rider to the non-stop selfless world of those working behind the scenes for the riders.

When you have been deeply entrenched on the cycling scene as a professional rider for more than 17 years, it’s never going to be easy, no matter what you decide to do afterwards.  Ironically, the one thing I always said when I was a bike rider was that I would do something away from bike riding when I stopped racing.  But it seems now, however, that magnetism of cycling is proving to be more difficult to withdraw from.

Since my decision to retire, although I haven’t been given a dedicated role as such, I have been able to slot into various places at different times to learn how the whole system works from all angles.  I’ve done a raft of bits and bobs including team meetings; driving between climbs to pass off bottles; filling cars with petrol; being second director and lending a hand to carry a few suitcases.  They are all jobs that need to be done and if I have a moment spare, for me it only feels natural to chip in and help others to keep things rolling along smoothly.

Of all the places I have found myself at various times so far, driving in the race convoy was pretty much the most difficult to get accustomed to.  I thought that having ridden many years in the pro peloton and the fact that I could weave my way up and down and in between cars on the bike more or less with my eyes closed, it wouldn’t be a major drama driving the car.  The learning curve, however, was steep and bumpy and I quickly realised that all the years I had spent in the pro peloton not having an incident with a team car of my own or of another team was more due to the drivers than my capacity on the bike.  Or maybe a small miracle.

You see there is one fundamental difference between the person on the bike and the driver of a car in the race.  In fact, I have found this to be true across the board when thinking about all the major differences between riders and staff; riders are only concerned about themselves and how something will affect them.  Rarely is it necessary, good or even useful that they have to consider anyone else unless it’s the leader for whom they are riding for on the road.  All other members of the team, 99% of the time, contrary to this, are doing things for the riders or helping out another staff member who has to help a rider.

The same is true when we compare the driver and a rider in the race.  Essentially it was always pretty easy coming back through the cars on a descent to the peloton because you have enormous braking capacity – as long as it’s dry – and exceptional manoeuvrability and if you do screw up, it’s only you who suffers and a bit of damage to a car maybe.  As a driver you have so much more to think about besides just the riders coming at you from all sides.  You have to listen to the race radio, listen to the riders’ radio and pay attention to the movement of the convoy; is it accelerating or slowing?   At times you have a rider at the your window collecting bottles or food.  Sometimes they’re holding on to the mechanic’s window getting a service.   Then there’s the odd crash you have to avoid, the odd mad fan making a suicidal dash across the road and of course the race motorbikes fanging up through the convoy.  It’s pure insanity.  Absolute madness.  Indescribable mayhem.   Adrenaline-surging focus.  And as a newcomer, the consequences if any of that goes wrong are fearfully and rightfully so, omnipresent; like ending a rider’s race or the race of multiple riders, hitting a spectator, another car or motorbike or the not-so dramatic yet still uncool consequence of missing a rider with a mechanical or puncture.

Thankfully, my inaugural driving experience went relatively smoothly with my worst offence being stalling the car in third gear after breaking heavily to avoid the car in front.

Having been a part of a few of the team’s early season’s victories and also some of the difficulties, I realise this job enables me to feel some of the emotions I once felt as a rider yet without many of the stresses a rider is challenged by, like the constant risks of crashing; hours upon hours on the bike – in all kinds of weather conditions; and days and days away from the family.  Although the emotions I feel now for the team’s lows and highs aren’t as raw, extreme or as personal as I felt as a rider, in that I don’t always feel directly involved or responsible for an outcome, they are, nonetheless, emotions reminiscent of so many I experienced as a rider, and enable me to connect and relate to the boys on a deeper level – something I think helps me to help them.

Apart from the emotions the racing itself dishes out, it’s damn nice to be in the presence of the staff at the end of the day to share a story or two, inevitably coupled with a few good hearty laughs and the added buzz after a good day’s racing gives the grass on this side of the team’s fence an extra lushness.

So having dabbled a little on the other side of the team, I appreciate now more than ever that a well-functioning team doing its utmost for its riders is built on pure altruism and it has to be like this.  The less the riders have to think about or be concerned with, the better for their capacity to perform and essential to this is having great team staff.  Certainly in Orica-GreenEDGE, we are very fortunate to have such staff.  In my view, it is the best collection of people I have ever worked with.

Well, the Tour de France is looming and is going to be an important test for the team, as it’s an area where we want to make gains on last year.  After all, it’s the most important bike race in the world and we hope that we can be a little more relaxed going into it and let the results come naturally as they have throughout much of the past 18 months.  We know we have good riders; we have seen them perform time and time again.   With a little luck, continued commitment, team work and passion that runs rich through the Orica-GreenEDGE family, I’m sure the 2013 Tour de France will be as we hope for. 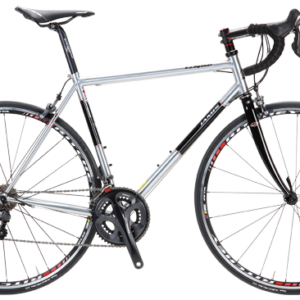 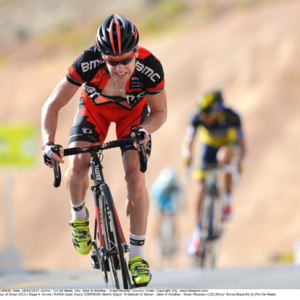