Peter Sagan, undoubtebly the most popular cyclist on the planet, has secured the top ranking on the 2016 UCI WorldTour following the final race of the series over the weekend.

Having enjoyed 13 wins for the year, the current World Champion was thrilled with the top accolade.
“Finishing a season at the top of the UCI WorldTour ranking is, obviously, a great honour and gratification for any rider,” he said.

“It’s the first time in my professional career that I attain this summit and I’m thrilled. It’s the culmination of a strong and consistent performance throughout the year, the combination of personal effort and support from the team and its partners.”

With team Tinkoff being disbanded at the end of the year and with Sagan moving to German team Bora-Hansgrohe, the 26-year-old cycling superstar thanked his current team owner Oleg Tinkov.
“Sadly, I reach this pinnacle in my career on the day Tinkoff took part in its last WorldTour race ever,” he said.

“We are all sorry to see this great team disappear but we understand the decision taken by its owner Oleg Tinkov. I would like to thank everybody in the team, and especially Oleg, for these two great seasons that brought me success, including some of the world’s most coveted trophies and jerseys. It wouldn’t have been possible without them.”

It is still unknown whether Sagan will line up for the 2016 World Championships to be held in Qatar in two weeks. When recently asked if he would challenge for consecutive rainbow jerseys, Sagan replied “We will see”.

“I still have to think about it. It’s been a long season,” he said “I’m tired. I have a lot of things to do. I’m happy the season is almost finished.”

Richie Porte was best-placed Australian on the WorldTour rankings, coming in at a very respectable 7th position behind Alberto Contador in 6th. 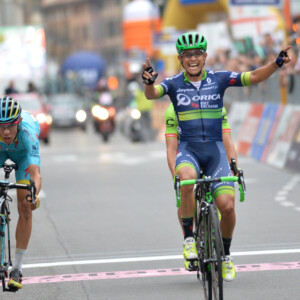