With solid support from her Orica-Scott teammates, Van Vleuten attacked hard with five kilometres to go. She crossed the line 43 seconds ahead of second placed Lizzie Deignan of Boels-Dolmans, with Elisa Longo Borghini of Wiggle-High5 finishing third.

“To finish here with a victory at the Tour de France in front of so many people is amazing,” said Van Vleuten, who suffered a horror crash at the Rio Olympics road race last year.

“You know before I wasn’t really a climber, but since the Olympics in Rio that was the first time that I felt I was climbing really well and that inspired me to focus more on my climbing and when we saw the route for today’s race I knew I wanted to go for it,” she added.

Admitting she thought she may have attacked too early, Van Vleuten said she’d been thinking about making the cutoff for Saturday’s La Course by Le Tour de France Time Trial In Marseille.

“I knew I needed to gain some time,” she said. “But you also have to think about the legs. In the end it turned out great and proved to be the right time to go.” 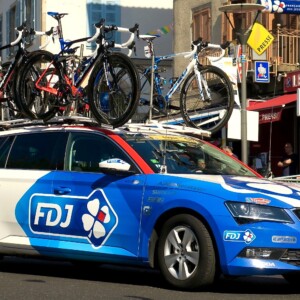 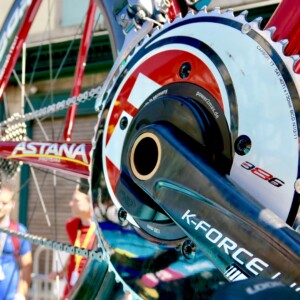