Italian sprinter Letizia Paternoster has delivered the Trek-Segafredo women’s team their first-ever win by taking out Stage 1 of the maiden event of the 2019 season, the Women’s Tour Down Under.

Paternoster delivered Trek-Segafredo’s dream result at their debut race by sprinting to victory and being awarded the Ochre Jersey as the 113km stage concluded in Birdwood on Thursday afternoon.

The nineteen-year-old, who is taking a break from the track season to race the TDU, easily held off challenges from second placed Sarah Roy (Mitchelton-Scott) and Arlenis Sierra (Astana) who finished third.

“When I went I thought I was closer to the finish line,” she said.

“I am so happy to have pulled it off,” she continued. “This is really an amazing day for me; it’s only my second year as a professional rider. To start out with the new team, and the first race of the team like this, is really, really great!”

Paternoster thanked Australian teammate Lauretta Hanson who led her out perfectly in the final sprint to the line.

“Lauretta brought me in a perfect way to the finish line,” she said. “(And) the rest of the team – we really rode together as a team today and it was just awesome to finish it off like that and take the leader’s jersey on top is a nice bonus,” she said.

The Women’s Tour Down Under continues with Stage 2, 116km from Nuriootpa to Menglers Hill, on Friday. 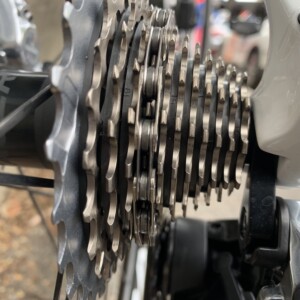 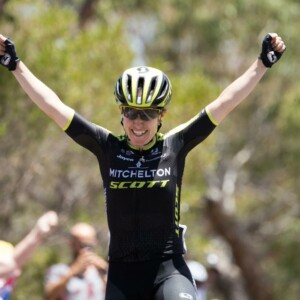