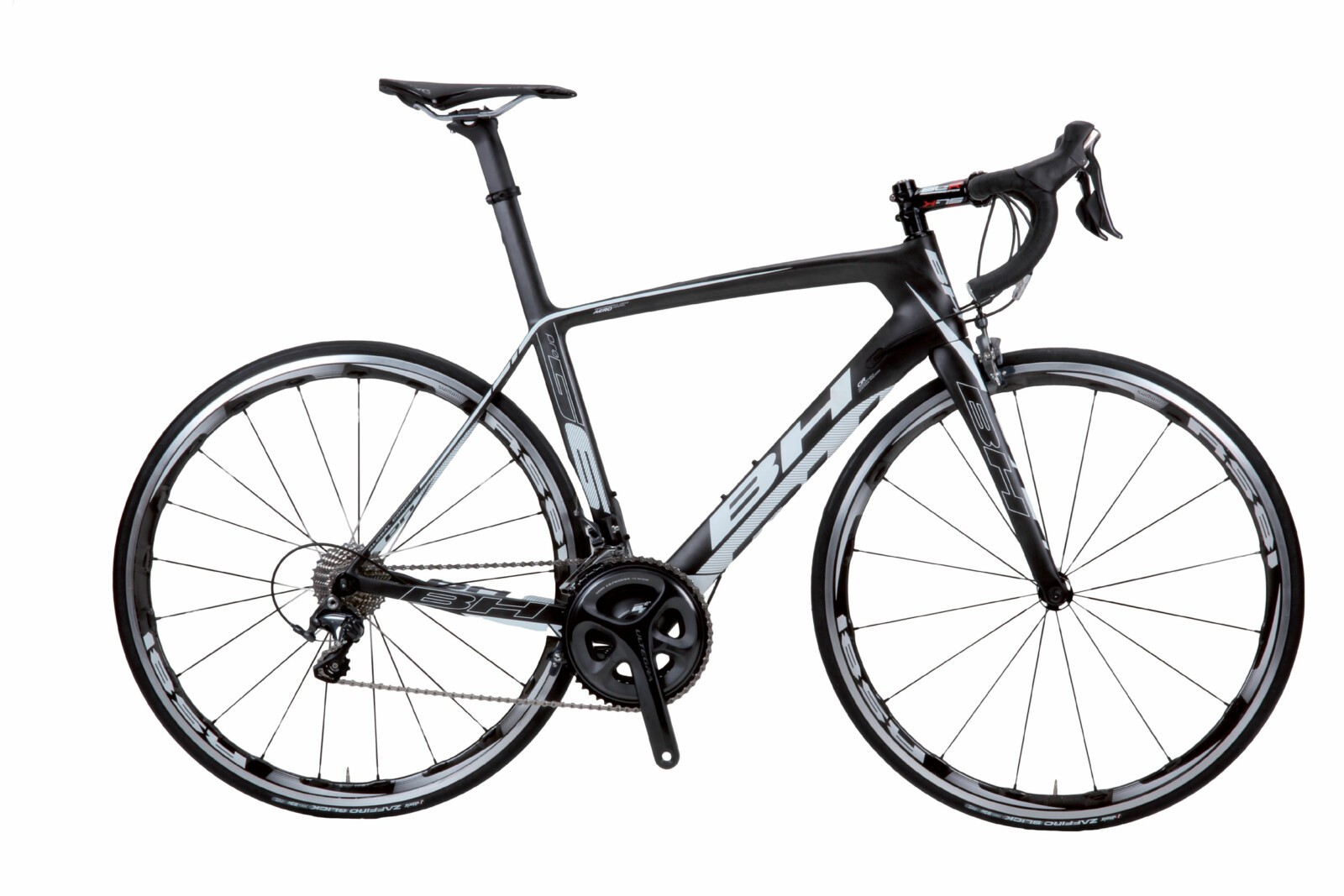 Spanish bicycle maker BH has over 100 years of history starting out as an arms manufacturer before switching to bicycle production early in the 1900s.

They say first impressions last. When the BH G6 Pro turned up at my front door, the impression went a long way. To me this bike is what modern aero frames should look like. Simple striking graphics, aggressive lines, chunky in the right places yet sleek and minimalist in others. Importantly an “aero bike” should look fast without making you think you’re looking at a triathlete’s bike sans aerobars. The G6 ticked all these boxes. While this might all sound a little vain, there is a certain added enjoyment when riding a bike you know looks good, as opposed to heading out for that bunch ride with the knowledge that you haven’t cleaned your bike since the last time it rained.

One of the things I really like about the look of the BH is the clean seat stays. Undermount rear brakes are used, leaving the seat stays alone right up to the seat tube junction. Some bike’s seat stays look wide and ungainly in the absence of the rear brake and seat stay bridge. In contrast G6 stays are very spindly and stay nice and narrow all the way up, and thus don’t leave you with the impression that there really should be a brake mounted there. In addition to looking much better, the narrower path of the stays would likely aid in the pursuit of aero advantage.

Bicycling Australia reviewed the previous G6 model in the 2013 March/April issue. The new 2015 G6 pro model is an evolution of this design rather than a total redesign. BH utilise what they term “hollow core internal moulding” during the production of the G6 Pro frames. Whilst this has the sound of marketing hype, the process is actually what helps make the G6 quite special. This internal moulding process ensures that the inner surface of the frame is of high quality as opposed to the often rough edges found inside traditionally layed-up carbon frames. The reduction of wasted internal carbon would shed a few grams, but the real advantage is found in consistent wall thickness and predictable material properties. This all means that the designers at BH could push the design borders a little further knowing their frame strength properties were consistent. The result is evident in the G6 Pro, an aero designed frame with quite large areas of carbon (particularly around the BB386 bottom bracket) weighing in at an impressive 860 grams (medium). 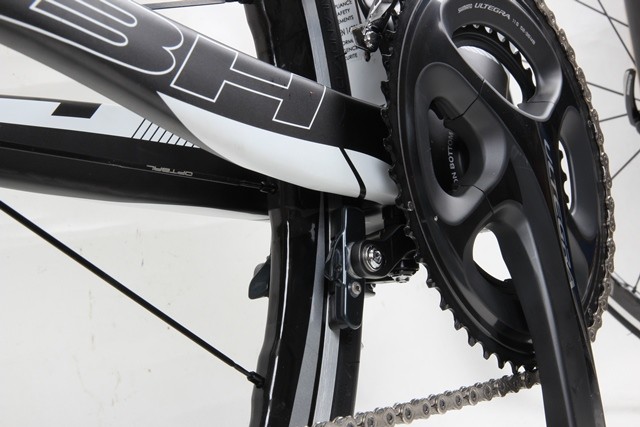 The quality of the frame was evident where it counts too, on the road. The rigid, racy design of the frame is apparent from the first ride. This is a bike that is built to go fast. At the time of test riding I was participating weekly in what could best be described as an ‘informal crit’. The race design of the BH was really well suited to this fast paced riding with sharp efforts and sharper turns. The frame displayed impressive strength under load and provided reasonably responsive and crisp handling. Once out on rougher roads, however, I was surprised that this stiff frame still provided an adequate amount of damping. Let’s be clear, the G6 is not a plush ride by any stretch of the imagination, but those spindly and brakeless chain stays seem to do a good job on separating the rider from the majority of road vibration. 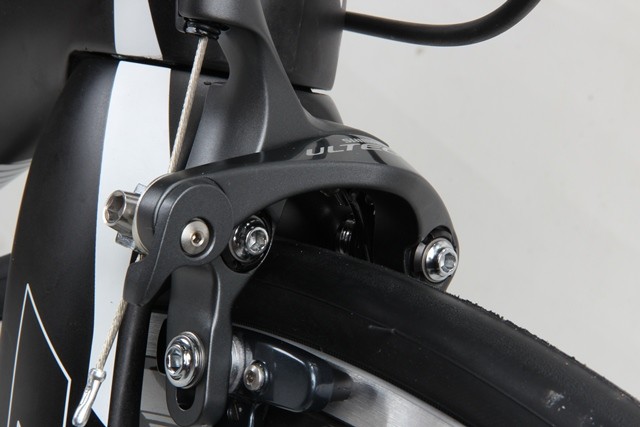 This was my first experience with Ultegra 6800. Shimano’s mid-range mechanical groupset delivered admirable performance. The rear shifting was clean and crisp as has come to be expected from the Japanese manufacturer. The front shifting was where the 6800 provided the greatest improvement from its predecessors. Actuation was noticeably lighter than Shimano 10 speed systems. The speed and surety of the jump between rings in both directions was confidence giving. The G6 came fitted with 36/52 crank combination. This semi compact configuration seems to be receiving increased uptake and for good reason. It provides a balanced compromise between achieving reasonable climbing ratios and top end gearing. The direct mount brakes fitted on the BH offered vastly improved modulation (and hence control) due to increased stiffness through the caliper mechanism. Braking power, however, was not improved. The rear brake under the frame protrudes very close to the left crank, indeed far enough to make the use of a Stages Power Crank impossible due to the brake clashing with the power unit.

The test bike came fitted with Shimano RS81 C35 wheels which whilst not the lightest of rims performed admirably in terms of torsional rigidity under load. The responsiveness was harder to gauge due to the heavy wire bead tyres fitted to the wheels. The saddle was a Prologo Zero 2, which I found to provide a firm but comfortable ride for my sit bones. A mixture of FSA, EVO and KMC componentry adequately complete the build. 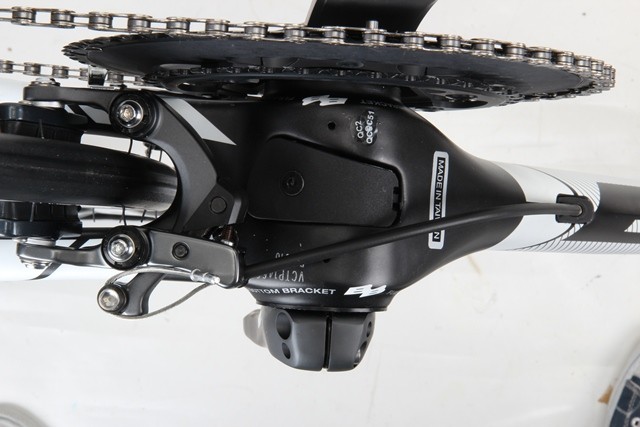 At the end of the day, first impressions last. With the G6 Pro these first impressions turned out quite true. The G6 Pro is a rigid and quick bike designed to go fast. For me this bike was all about the frame, the groupset and componentry were good quality, in the middle to upper range of the market. These could be upgraded later if desired, because the heart of the bike is fantastic. BH have created a truly versatile frame, which deserves praise. It combines aerodynamic based design, quality carbon layup, and high torsional stiffness, with responsive handling all in an 860 gram package. This frame can be ridden fast on the flats and in the hills, raced on and enjoyed as a training bike. What’s more BH have made this frame accessible to the masses. The same G6 Pro frame is available from the fully spec’d Dura Ace build down to the more affordable 105 package.

I can’t fault BH with the quality of the G6 Pro. The frameset is superb, and well built. The model tested here is complimented by quality componentry, leaving a complete bike which delivers on the road what it promised in the showroom.

While we probably get sick of hearing those words, the G6 Pro truly does provide a stellar combination of all three. It feels fast and slick on the road whether racing or on longer rides. 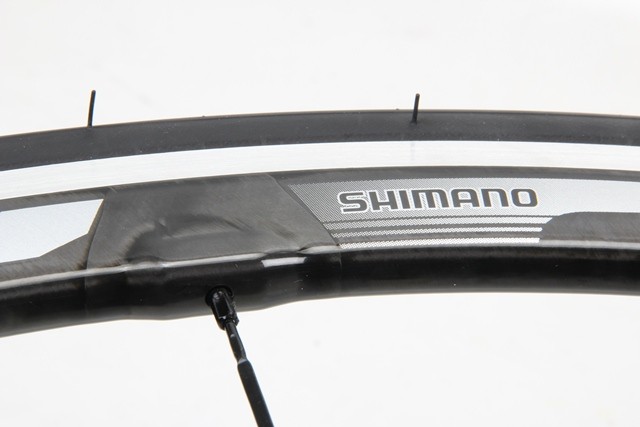 At $4799 this bike is at the higher end of Ultegra equipped builds, but it also comes with a good quality wheelset in the RS81 C35.

At the end of the day though the main determinant of value for this bike is the frame, and it delivers in spades. At this price you are getting a frame identical to the one you would be getting with the $10,000 top end offering.

Great looks, good set of components and the frame which really is fast and versatile. The BH G6 Pro really impressed.

Apart from a couple of small niggles such as the undermount brake clash with my choice of power crank I had little to fault with this bike. BH’s aero offerings should be certainly considered for your next frame or complete bike purchase. 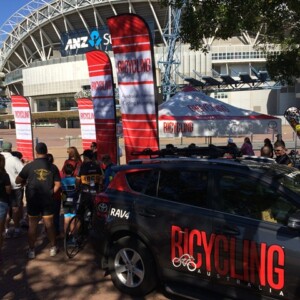