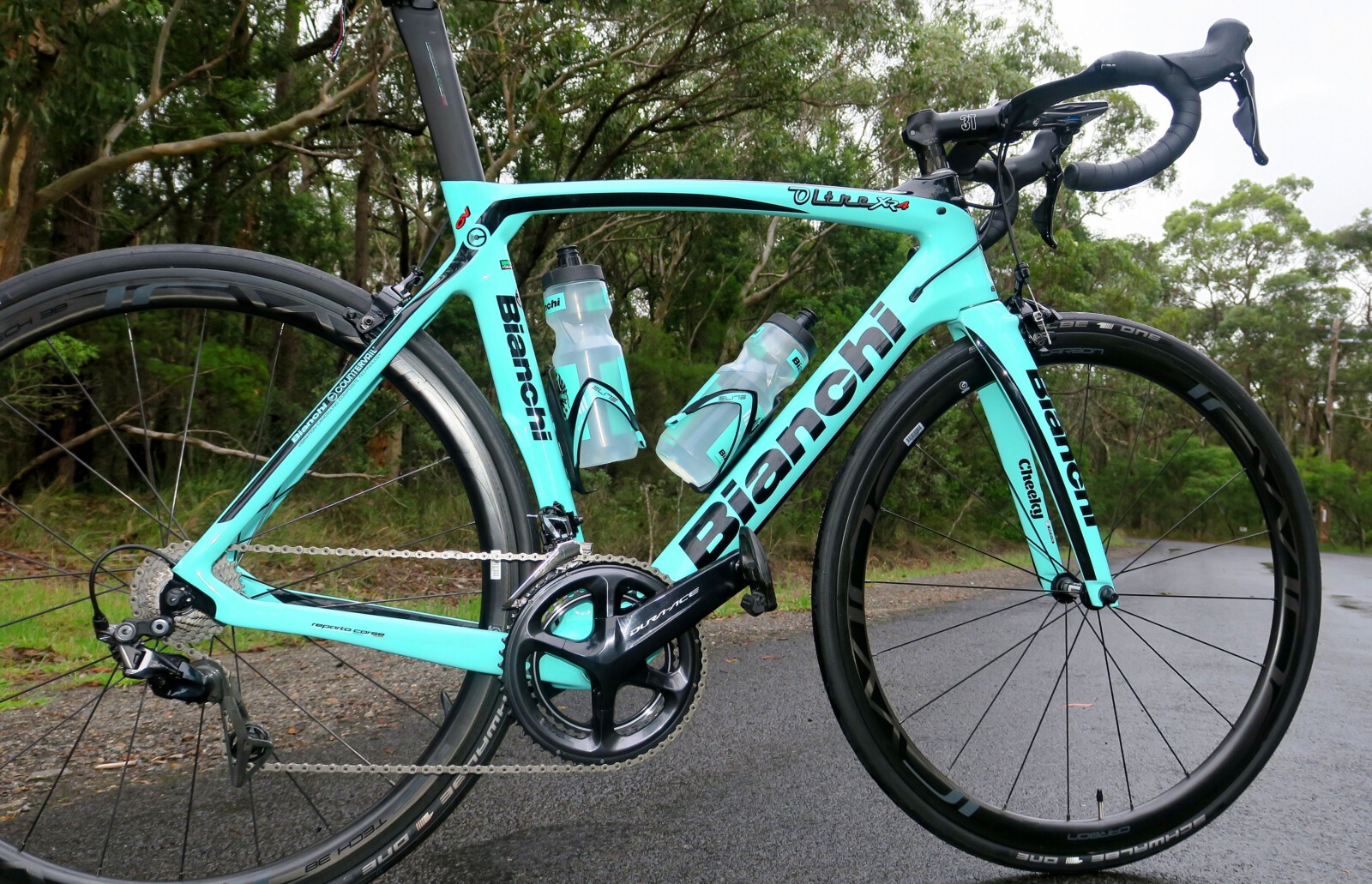 For the past month James Yaffa, the man behind the Bowral & Clare Classics, has had the pleasure of riding Bianchi’s latest Oltre XR4. Here James shares his experiences and love for this celeste beauty.

“Why do I feel so nervous each time I saddle up to ride this stunning machine?” I kept asking myself.

The anticipation, the capabilities of the bike, its pedigree and its position as cream of the Bianchi crop. To me planning and preparing for each ride has been akin to the feeling you get before that big first date … the only thing is this date looks super fast!

The perception I had about the XR4 was this: a superbly aero, rocket-fast bike that would go like the wind on the flats. Before getting mine I’d seen the Lotto Jumbo NL pros on their Bianchi’s at the Tour Down Under. These were the best-looking, most complete, all-round bikes I’d ever laid eyes on. Not surprisingly they were a crowd favourite at the TDU, earning much praise, many selfies and a lot of pointing.

So just how good is the XR4? The answer … Supreme.

Jumping back a couple of weeks, I picked up the bike from the ever-impressive crew at Cheeky Velo Sport in Randwick. The team here are people you would call good friends upon first meeting. Anderson, the chief mechanic, is an absolute Bianchi encyclopaedia. I felt like I was in the hands of total Bianchi professionals as they assembled the fine machine and custom fitted it for me. Again, I was excited about my dream steed, but very nervous.

This XR4 is running the finest groupset I’ve ever had the pleasure of using – the 2017 Shimano Dura Ace Di2. It’s super-responsive and changes gears at a speed ratio that I’ve not seen before. Ultra smooth, it’s the closest we’ve ever had to auto on a bike, and it looks absolutely stunning.

I’m riding the black stealth Irwin 38 wheel combo on the XR4. I find it the perfect combination. The wheelset gives maximum gains on the flats and are equally perfect when the going gets steep – and also has a sensational ratchet!

I matched these fine wheels with Schwalbe Pro One tyres, the perfect fit for this bike. They are super-smooth, fast and durable on our local roads. They grip well on quick local descents (more about our hills later) and inspire confidence, provide comfort. And the best news – so far no punctures.

The bike is fitted with ever-reliable Schwalbe One tyres.

Power To The People

The new Wahoo Elemnt Bolt is small in size but packs a mighty punch and also offers aero advantage. The bike is set up with a Stages power meter which pairs simply and seamlessly with the Wahoo Elemnt.

The focus on power for me is relatively new, however with the Elemnt wide screen and enlarged screen mode, I’m hooked up and ready to go. The new Wahoo Element and Bolt are game-changers for GPS cycling computers in my view, with a superior screen interface, intuitive pairing with your phone, and all the data you’ll ever need. Not just for out on the road, the Wahoo Element & Bolt also have a variety of training functions and modes which I’ve found super-useful as I start preparing for the Bowral Classic.

Still slightly nervous, I’m super-keen to give this green machine a red-hot ride. I grab my Kask Helmet, with the new aero visor. This helmet fits securely, feels safe and helps me ride with increased confidence.

I slide on my favourite pair of top-quality Bont Vaypor S shoes and secure them with the BOA clasps. As an aside – if you’re looking for that extra power, look no further than Bont. You can instantly see the craftsmanship and the quality of the leather. For any rider looking to gain a maximum advantage when riding, they are pick of the bunch.

Riding this bike for the first time was quite something – in fact, my perceptions were completely jolted. The performance on the flats was a complete blast, the aero design clearly delivers multiple gains … it’s fast, it’s comfortable, and it just wants to keep going forward. Minutes into that first ride on mine, it was love. This glorious celeste machine was super-smooth and had an almost airy quietness about it. I’d never experienced anything like it on a bike.

Initial nerves were soon replaced with adrenaline during that first ride of the Bianchi.

Anyone who lives in Sydney, and spends serious time on the bike, will know about the hills we regularly climb and descend. Even a relatively short 50 to 60km loop can see 1000m of climbing logged on the Wahoo. After being amazed what the Bianchi XR4 could do on the flats I wasn’t sure how it would go on the hills. Contrary to my original and pre-conceived thoughts, the XR4 rocketed up those local ascents and felt like it wanted more.
The best way to really test the Bianchi was to seek out these hills. Pointing the aero, oval bars toward Bobbin Head West in Sydney’s North Shore, I was soon at the base of a favourite and super-challenging climb. It’s 2.9km in length with an average 5.6% gradient – definitely not one for the faint hearted!

Fast On The Flats, A Rocket Up The Hills

The Bianchi XR4 is most certainly a hill climber’s bike.It is built super light with a 980gram frame, 370gram fork and overall weight of just over 6.5kg without pedals or bottles.

The bike maintains good momentum on the flats then really opens up once the going gets steep!

Yes it’s light, but also super stiff and responsive. This is clearly evident when you jump out of the saddle and give that extra kick – the weight is almost non-existent. I found it to be a total thoroughbred, but with very relaxed fit and at no time did I feel uncomfortable.  It’s smooth, it’s fast and it’s special. The Bianchi XR4 lives up to the media hype that surrounds it – it’s a genuine superbike.

The good news is my nerves are all but gone. The bike has me super-excited about cycling and has even helped me get a PB up Bobbo – my best time in almost 2 years!
Ranking 8.5/10 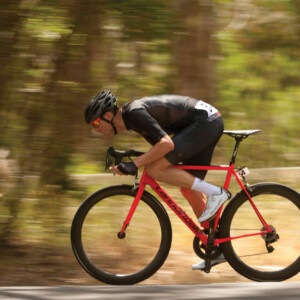