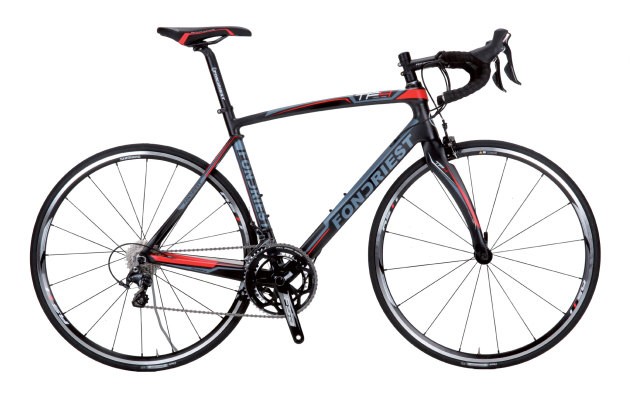 Maurizio Fondriest  was somewhat of a prodigy on the bike. In the late 80s and early 90s this young Italian collected a fair swag of trophies for his pool room, including the World Championship in 1988 and Milan San Remo in 1993.  Bloke could ride. You can name five bike brands named after star Italian riders quicker than you can count the number of syllables in Sangiovese, and like the bulk of these brands Fondriest is now owned by a company rather than the gentleman whose name decorates the down tube.

When Maurizio was rolling over finish lines with his hands in the air he could never have imagined the shapes and technologies of the bikes that would represent his legacy in the decades to come. There are quite a few Fondriests on the roads of my local area due to a very strong dealership, and you can pick them from a mile away. The curves of the frame and fork are very distinctive, as are the aero seatposts featured on several models. The TF4 debuted in 2014, a new model slotting in between the conventional looking entry level R20 and curvaceous TF3.

It’s an interesting unit. Several things jump out at you right away: the unique junction between the seat stays and seat tube, the curvy Reflex Fork and the direct mount brakes. The seat stays are mid diameter, and appear to wrap around the seat tube rather than meet the seat and top tube junction as per most frames. The raised wrap around the seat tube is purely aesthetic, but it does emphasise the low junction of the stays. BMC employs a similar design,  apparently the stays are able to channel force into the seat tube, allowing some degree of suspension/shock minimisation. Fondriest  self-rates the TF4’s comfort  as ‘Excellent’, their  highest rating. 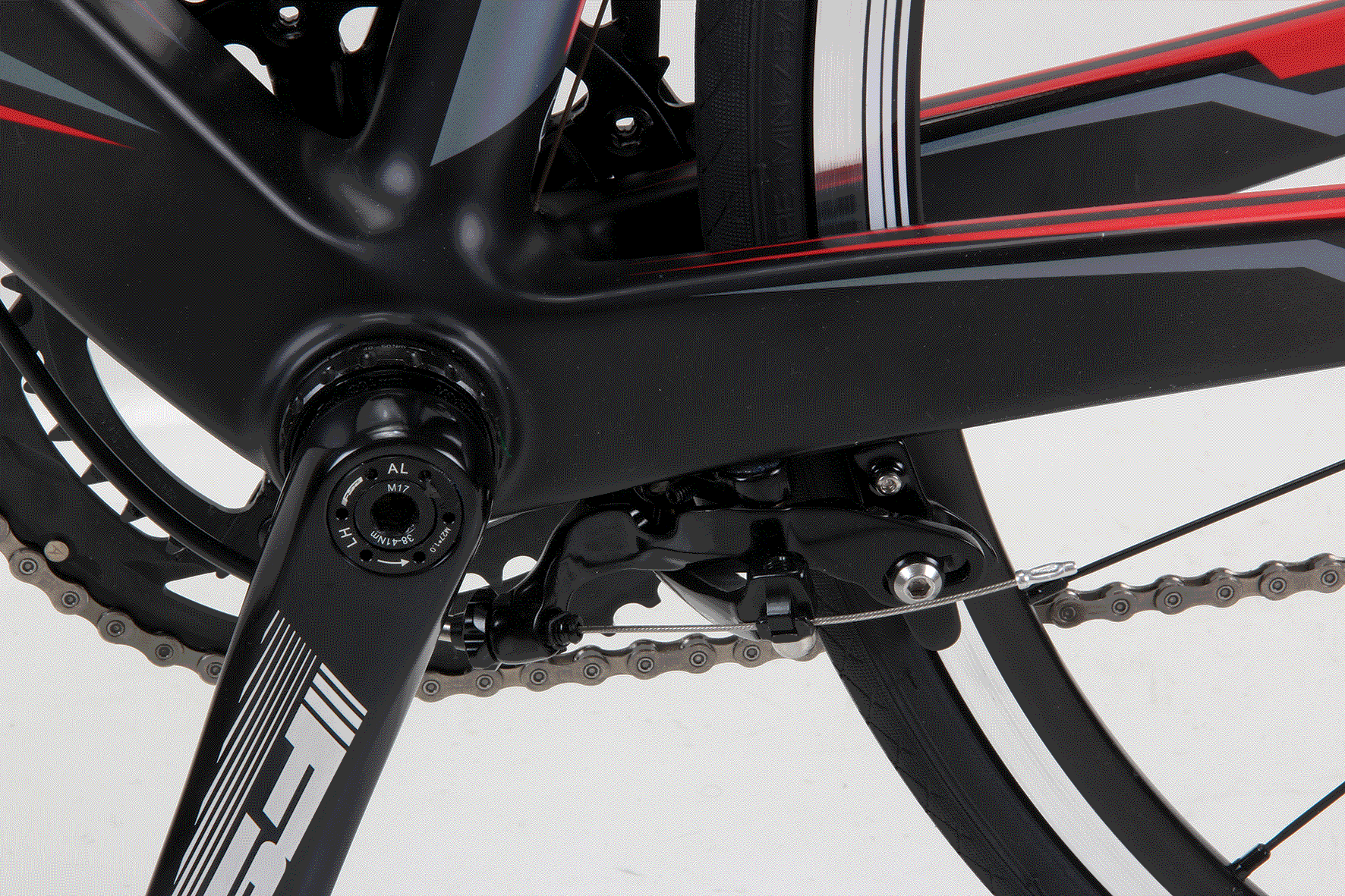 The Reflex fork is also intended to provide a comfortable ride, but also precise steering. The afore mentioned direct mount brakes are recessed into the leading edge of the fork for a clean look, and mounted under the chain stays at the rear. The combination of seat stays, curvy fork hidden brakes and boxy tubes makes the TF4 another Fondriest that can’t easily be missed.

The profile of the TF4 is muscular. The angular edges of the unusually curved and bowed tubes add to the boxy profile. Straddling the TF4 for the first time, you cannot miss the size of the top and down tubes. The bike is relatively compact, but it has a big presence. The frame is listed as under 1000g when bare, which is believable. The big tubes are very thin, it’s easy to give the top and down tubes an avocado ripeness test; they’re ripe. The down tube is the conduit for all the cables on the TF4. Fondriest has used removable alloy guides to channel the cables into the frame, which can be replaced with electronic specific guides as required in future. The guides are held in place by Allen key, making them easy to work with. A large removable cable junction plate is recessed into the underside of the bottom bracket shell. We’ve seen so many of these that leave much to be desired in terms of frame finish (rough and uneven edges, inconsistent paint), but the TF4 is nicely executed. 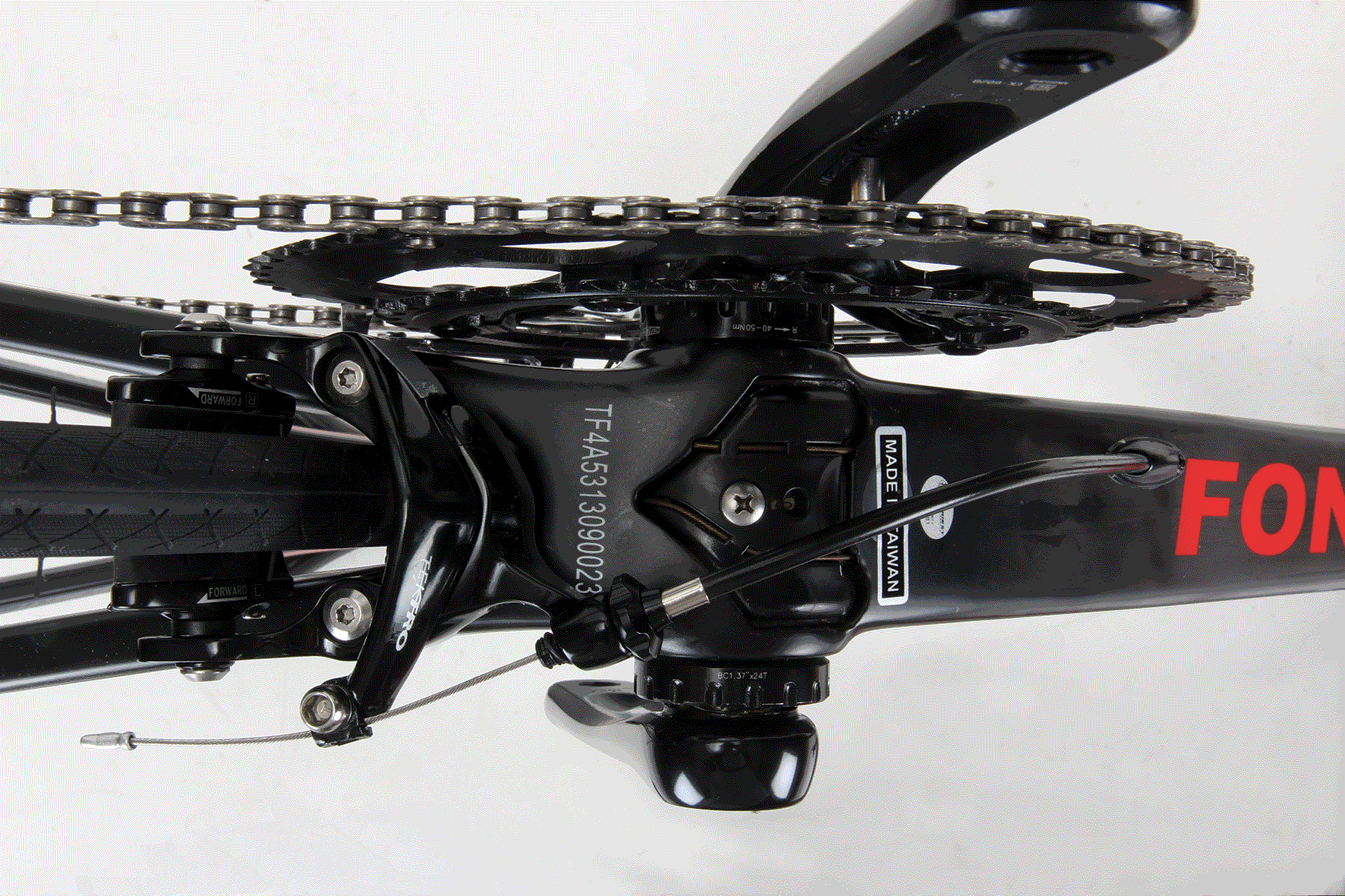 The low frame weight and quality finish combined with the unusual touches of design flair play well for the Fondriest. There are plenty of Ultegra bikes in this part of the market, but the TF4 has a very bold look and a list of features that really sets it apart from the swathe of regular looking bikes which surround it.

The big presence of the frame suggests that the TF4 should ride like a big bike. Big stiffness and big power are definitely there. The price point concessions to get this bike down to its quite low price ($2,789) result in stiff alloy cockpit and heavy but robust Shimano wheels, ideal accessories to showcase the strength of the TF4 platform. It’s an instantly engaging ride, mainly due to the stiffness, be it side to side or under power. Given that the TF4 came with heavy wheels and heavy, dull tyres, the bike feels surprisingly agile and enthusiastic, although the heft is noticeable.

Cruising around on the TF4 isn’t option one. It doesn’t take long to learn that the TF4 will whack you back if you aim it at a pot hole or man hole cover. It’s a very solid machine that goes exactly where pointed, and lets you know what’s going on. Over a few short rides I’d begun to enjoy the TF4 as a go-fast bike, the acceleration out of the saddle and ability to throw it into corners makes for a fast and furious pre-work ride that is a lot of fun. All of the Fondriest frames have almost identical geometry, the chain stays are short and the stack height is low. They’re definitely more suited to an experienced or more aggressive rider than someone that wants to sit up and see the countryside.

I too wanted to see the countryside, and had reservations about the TF4. The solid ride on the city roads promised to be hard work over a fist full of hours on dead country roads, but not so. There is good feedback to the rider regarding the road surface but the TF4 does not beat you up in the way that some big tubed or stiff riding bikes do. The deeply padded Selle Italia saddle helped to defuse some road noise also.  Fondriest uses a conventional round seatpost for the TF4, which opens up options for after market comfort enhancing posts. Add in a high quality 25mm tyre and/or wider rims, and the TF4 could become a very, very fast bike on slow roads. 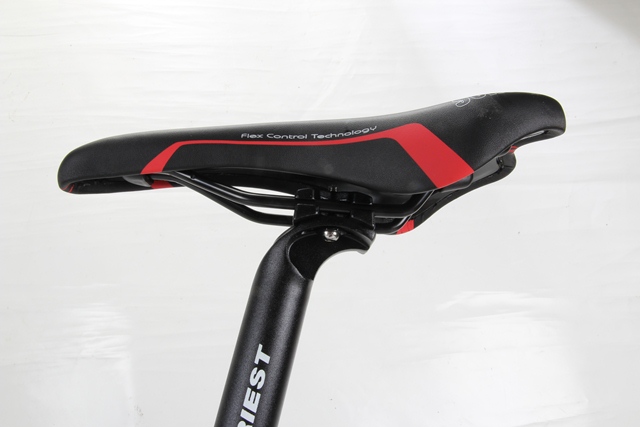 Before putting a deposit on some new hoops, the brakes are worthy of discussion. One selling point of the direct mount brakes is power. In the case of the TF4, it’s where is the power? The stock Tektro brakes were useable, but far from on par with a conventional Ultegra brake. The rest of the specs were solid: Fondriest alloy cockpit parts, Ultegra drivetrain with FSA cranks. In keeping with the handling of the frame, Fondriest specs 39/53 chainrings but tones it down slightly with an 11-28 cassette.

The TF4 frame is really well finished. It’s light, user friendly, and has distinctive elements that come along with buying a small brand bike. The brakes were a let down, and the stock tyres are pretty basic.

There are plenty of ‘Ultegra’ bikes out there for similar money to the TF4. It’s really about the frame here, and it’s a good one. The Ultegra shifting is solid and refined. Over time, the frame can be upgraded with better parts to lift the overall performance.

The TF4 performs over a range of road surfaces and our build kit was very reliable. We were able to push the TF4 like a more expensive bike, with total confidence. The wheels and tyres are heavy, which do hold the TF4 back from the sharp accelerations and animated climbs that it is capable of.

The TF4 is almost Fondriest’s entry level carbon model, but the geometry is in line with their top race machines. Meanwhile, this frame is the most comfortable that Fondriest makes. It’s a comfy but aggressive bike rather than comfy and cruisy. In stock form the TF4 is great fun, but we’d pencil it in as a long term project as the frame suits fast paced rides of all distances and will easily carry some higher spec parts.