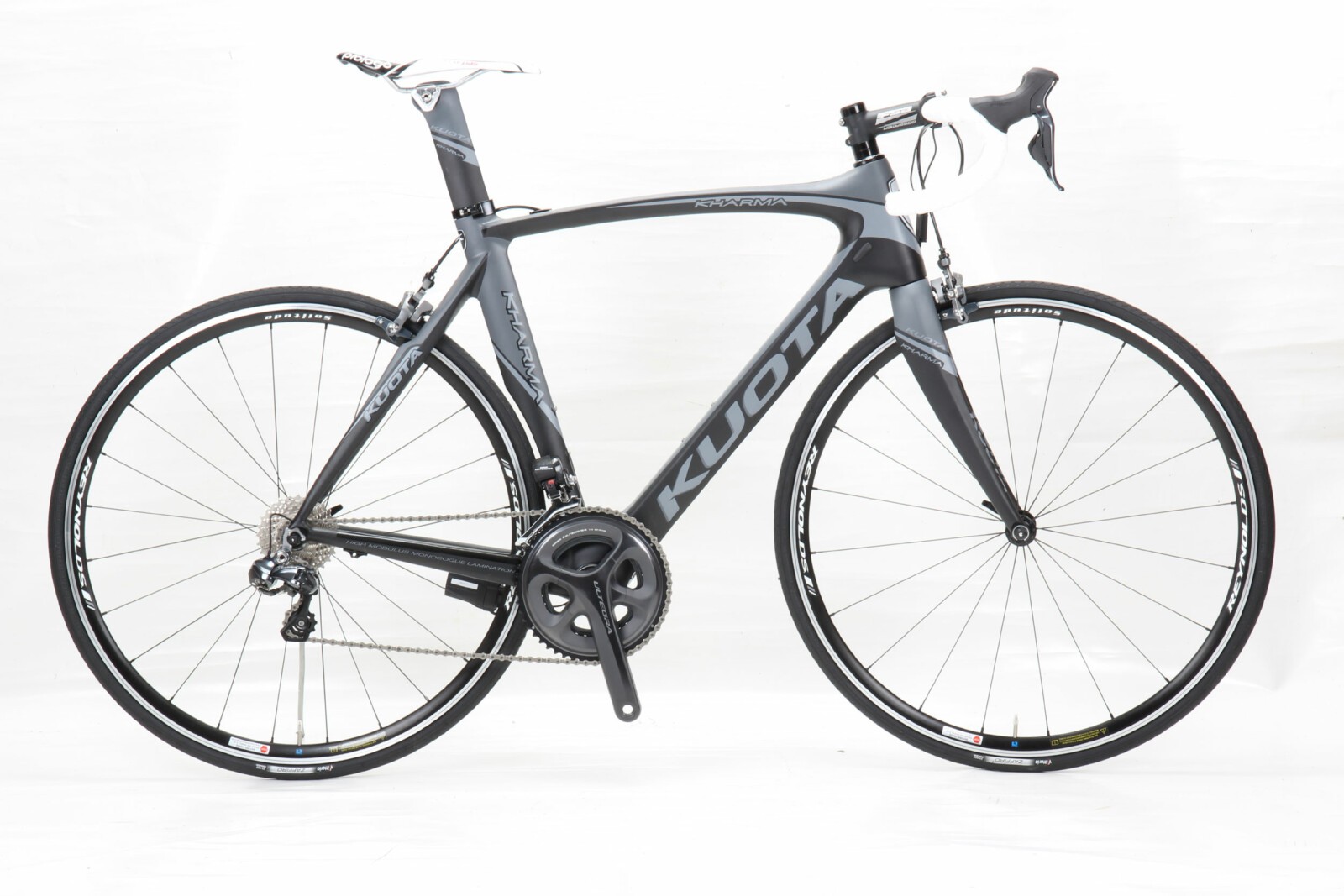 Kuota is not one of the best known names in the cycling world, but the Italian brand offers an extensive range of bikes across a range of disciplines.  Luke Meers took the Kuota Kharma for a spin to see how it performs.

Kuota has a particularly large range of triathlon and time trial specific bikes, and a victory in the 2004 Ironman World Championships propelled the brand into higher production levels and a larger profile.  From 2010 to 2013 the Ag2r La Mondiale ProTour team rode the Kuota KOM, the lightweight flagship of the Kuota road range.  On review here is the mid-range Kuota Kharma, pitched as an Italian designed bike (the frame is built in Taiwan) which is ideal as an all-rounder for both road riding and time trials.  The monocoque carbon frame design aims to combine stiffness and strong aerodynamic performance.

The Kharma frame delivers what the aesthetics promise: a very solid, sleek ride, but not a featherweight climbing structure.  The appearance of the frame grew on me.  The matt black/grey combination is not loud and doesn’t scream ‘look at me’, which is quite nice really. Instead, the dark colouring adds to the stealth aero design of the frame, resulting in a bike that looks aggressive and fast.  Kuota hasn’t claimed to have done specific aero testing on this frame but it appears they have taken their cues from the features of leading aero frames on the market, and in doing so have created what should be a good aero package.  Its geometry is a reasonably standard road setup, with a slightly taller head tube than what I would normally ride.  Kuota have added a clever feature for the triathlete or roadie who wants to have a good time trial setup but doesn’t have a specific TT rig.  The seat mount is positioned rear of the centreline on the seatpost, but this seatpost is reversible, allowing the saddle position to be shifted forward for an effective TT position.  Simple, neat and all part of a nice aero seatpost.  The clamp is easy to use and adjust, and provided firm clamping which did not slip during testing.

The letdown of this frame is its weight; at 1,350 grams not including seatpost or fork, the Kharma must have been frequenting the confectionary aisle during the design phase. Add a reasonably heavy fork and seatpost and you have a frameset that weighs significantly more than some of its competitors. 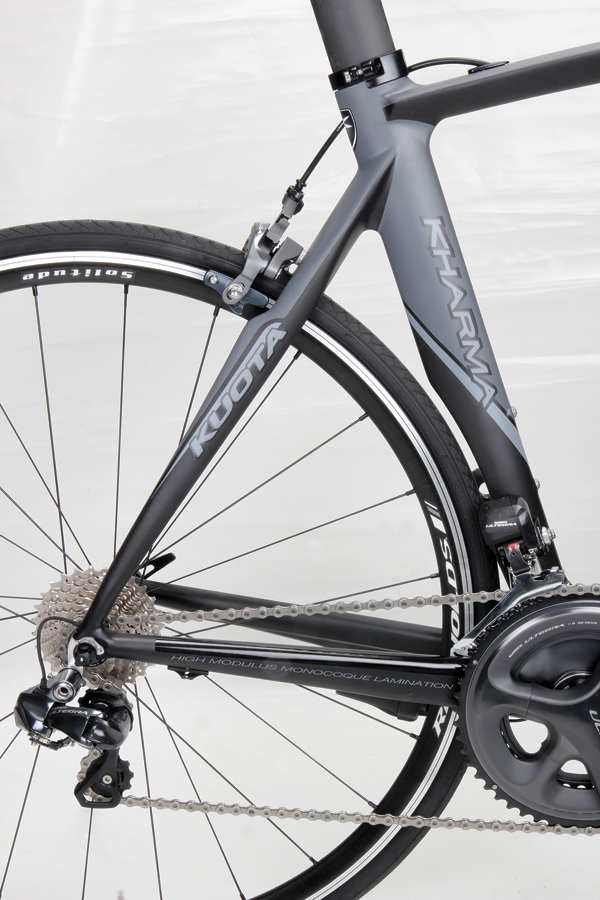 The Kharma tested was equipped with 11 speed Ultegra Di2, which truly is a great groupset.  The crispness of shift, the tuneability and the ergonomics would not seem out of place on big brother Dura-Ace.  Its quality and value has been covered in numerous reviews so it won’t be repeated in detail here.  Needless to say that the groupset performed exceptionally well.

A feature of the new Shimano 11 speed groupsets is the common bolt pitch circle diameter on the chainrings.  This means that the one crankset could be fitted with a variety of chainring combinations, which Shimano has also expanded.  The Kuota was fitted with a 36-52 combination, which falls somewhere between the traditional standard (39-53) and compact (34-50) configurations.  I found the 36-52 to be a great compromise.  The 52 tooth big ring was close enough to the standard 53 that with an 11 tooth rear cog engaged, only during fast downhill sprints would you be wishing for a bigger gear.  At the other end of the speed spectrum, the 36 tooth inner ring was welcomed on some of the steeper climbs. The Di2 managed the shifting and trimming at the front seamlessly.

The wheels included on this build are Reynolds Solitudes.  They look good on the spec sheet in terms of weight versus price (1575g), but ultimately fall short of expectation. The wheels exhibited flex and subsequently were quite noisy under load as spokes creaked and moved. Several spokes also worked loose during testing, leaving the rear wheel out of true until I retightened them.  At this price point I expected a better wheelset, not necessarily any lighter, but one of higher build quality and strength. 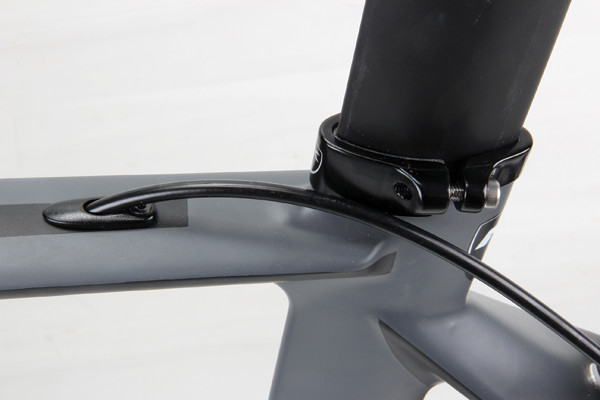 Jumping on the Kharma the immediate impression is that this is a stiff and solid bike.  The chunky frame is very stiff around the bottom bracket area and does not budge, even under full sprint load or during heavy climbing efforts.  This stiffness translates into a firm ride but not disturbingly so.  Looking at the thick seat stays I was prepared for a bone-chattering ride, but experienced a fair compromise between jarring stiffness and squishy compliance.

One annoyance on the road was from what I believe was the Di2 cables rattling whenever bumps or rough road surfaces were encountered. With a little fiddling this would be easily rectified.

An interesting thing with the Kuota was that it felt quite fast uphill, but it wasn’t exceptionally so. The stiff frame gave all the right feedback, no flex and reasonable responsiveness.  But upon looking at my times up commonly ridden climbs I noticed they were marginally, but measurably, slower than normal. 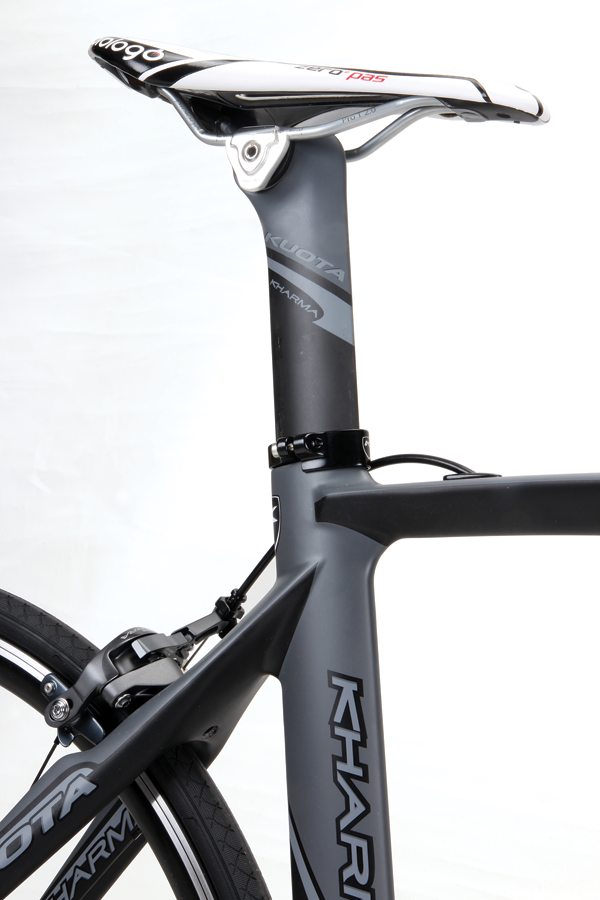 The first couple of times I assumed that it must have been my legs not performing as I thought they had. The same results, however, seemed to consistently occur. My training block at the time of testing the Kharma included four weeks with a hills session on Tuesday mornings. The first of these hill sessions was ridden on my own bike, the next two on the Kharma and for the final week I switched back to my bike. I had my crank based power meter mounted on both bikes when riding them allowing a clear comparison. As my perceived effort led me to believe, the power figures during each session were very similar but the Kuota on any given climb I was roughly 5% slower (for example 30 seconds over a 10 minute climb).  The actual weight of the Kharma plus rider combination compared to my own bike is only about 1.5% heavier.  This suggests that the weight alone is not responsible for the slow climbing.

The difference here is not a deal breaker as this bike is not designed to be a superlight climber, but I think that a better wheel and tyre combination would actually transform the Kharma, improving the climbing dramatically.

Once the roads pointed downhill the bike once again became lots of fun to ride; the good frame geometry made the bike predictable and confidence-inspiring around corners and under braking.  The Ultegra brakes were fantastic, offering a high level of modulation and power, allowing me to brake later and deeper and enjoy the descent.

So who is this bike for? The Kuota Kharma is for the cyclist who wants a reasonable value bike that isn’t one of the common brands you see out on the road.  It suits someone who won’t be hitting too many long climbs, but rather wants a bike which is fast and strong on the flatlands and in the sprints.  It brings some aero features and should appeal to triathletes or TTers looking for a bike which they can both train and race on. 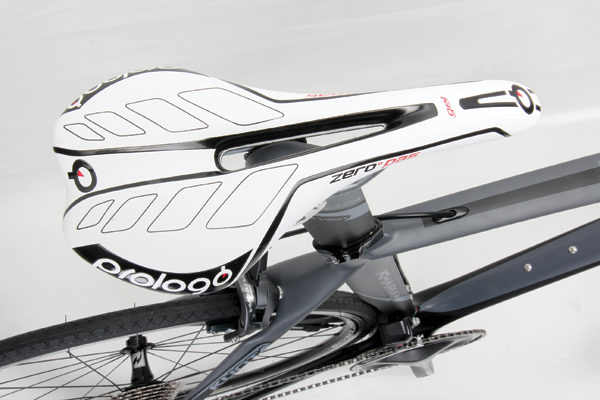 The Kharma frameset is of high quality; a strong monocoque design completed with an understated paint job.  It’s well matched with the trustworthy Ultegra Di2 groupset; the Kharma is a quality ride.

Aerodynamic design and a very rigid frame make the Kharma a solid performer on flat and fast roads. Once climbing however, the frame weight and wheelset become noticeable.

Value in a bike purchase is dependent on what the buyer’s priorities are.  If wanting an Italian branded, aesthetically pleasing and aero shaped bike, the Kharma is good value.  For the more pragmatic, the Kharma sits in the middle of the price range for Ultegra Di2 spec’d mid-level roadies.

Fast on the flat, the Kharma offers a good package for those wanting a bike to potentially use it for both road riding/racing and also for time trial purposes.  The adaptable TT position via the reversible aero seatpost is a standout feature. It’s a bike built to ride fast on flat and rolling terrain. A wheel upgrade down the track would complement the overall package. 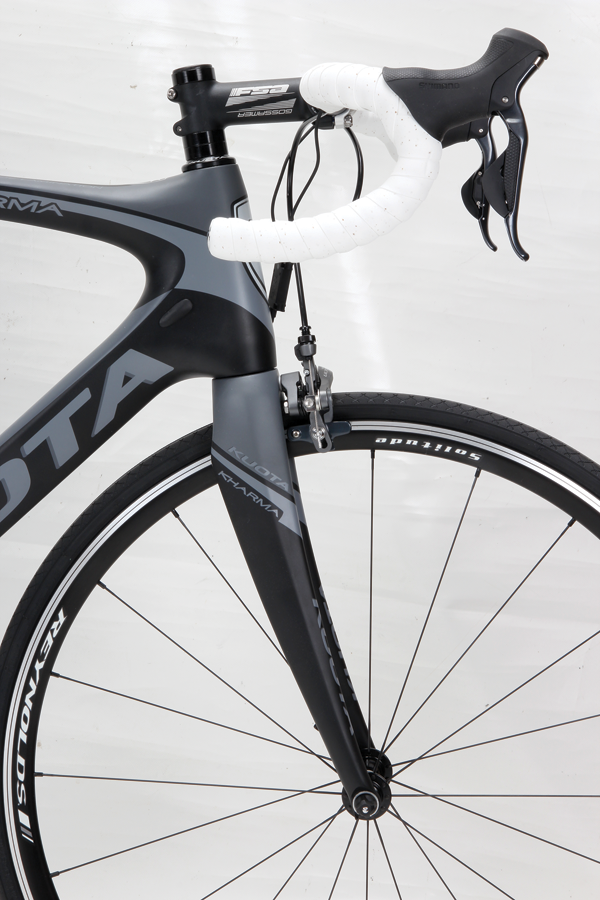 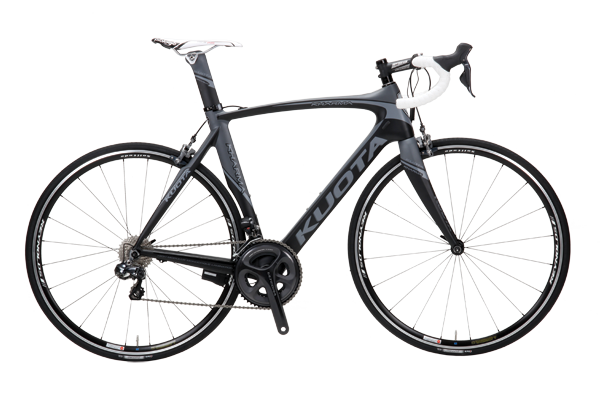 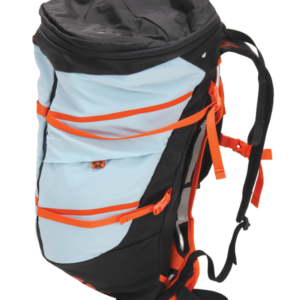 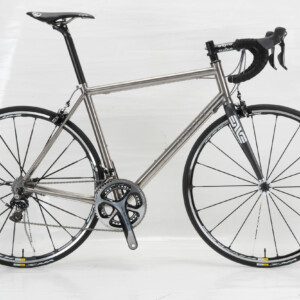