Three-time World Champion Peter Sagan and two-time TDU winner Andre Greipel were among the first of the pro riders to arrive in Adelaide ahead of the 20th Santos Tour Down Under which starts next Sunday.

Sagan & Greipel were joined by numerous other riders including Italian sprint star Elia Viviani – who’s riding with Quick-Step Floors this season – on the long-haul flight from Europe.

Greipel, the TDU stage win record holder, has missed the past three editions of the season opener but appeared fresh and said he was happy to be back “downunder”.

“My preparation for this race has been similar to the years I was last here, that’s why I have come back,” he said.

Despite 5-degree temperatures at the departure airport in Amsterdam and 41-degrees in Adelaide on Saturday, Greipel wasted no time in adjusting to the heat. He was sighted by numerous enthusiastic locals as he took to the coast for his first training ride, and tweeted “nice to be back for the first kilometres in the heat of 2018’.

Noticeably leaner than he was over past seasons, Bicycling Australia spoke with Peter Sagan soon after his arrival in Adelaide. Like Greipel, Sagan and Bora-hansgrohe teammates braved the Adelaide heat and hit the road for an early training ride on Saturday morning.

More teams will touch down over the weekend and early next week – Adelaide cyclists will be rubbing shoulders with some of the biggest names of the sport in the leadup to the TDU.

Bicycling Australia are in Adelaide for the Santos Tour Down Under, keep an eye on our website and social channels for all the hour-by-hour action in the lead up to, and during the race. We will also be covering each stage of the Santos Women’s Tour Down Under – a full women’s team wrap is coming soon.

Teams And Riders Of The 2018 Santos Tour Down Under 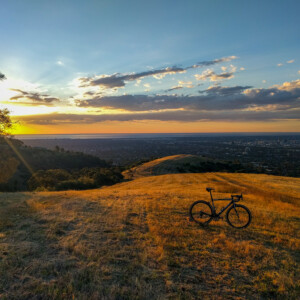 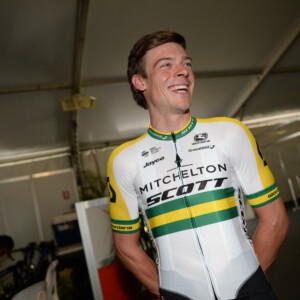