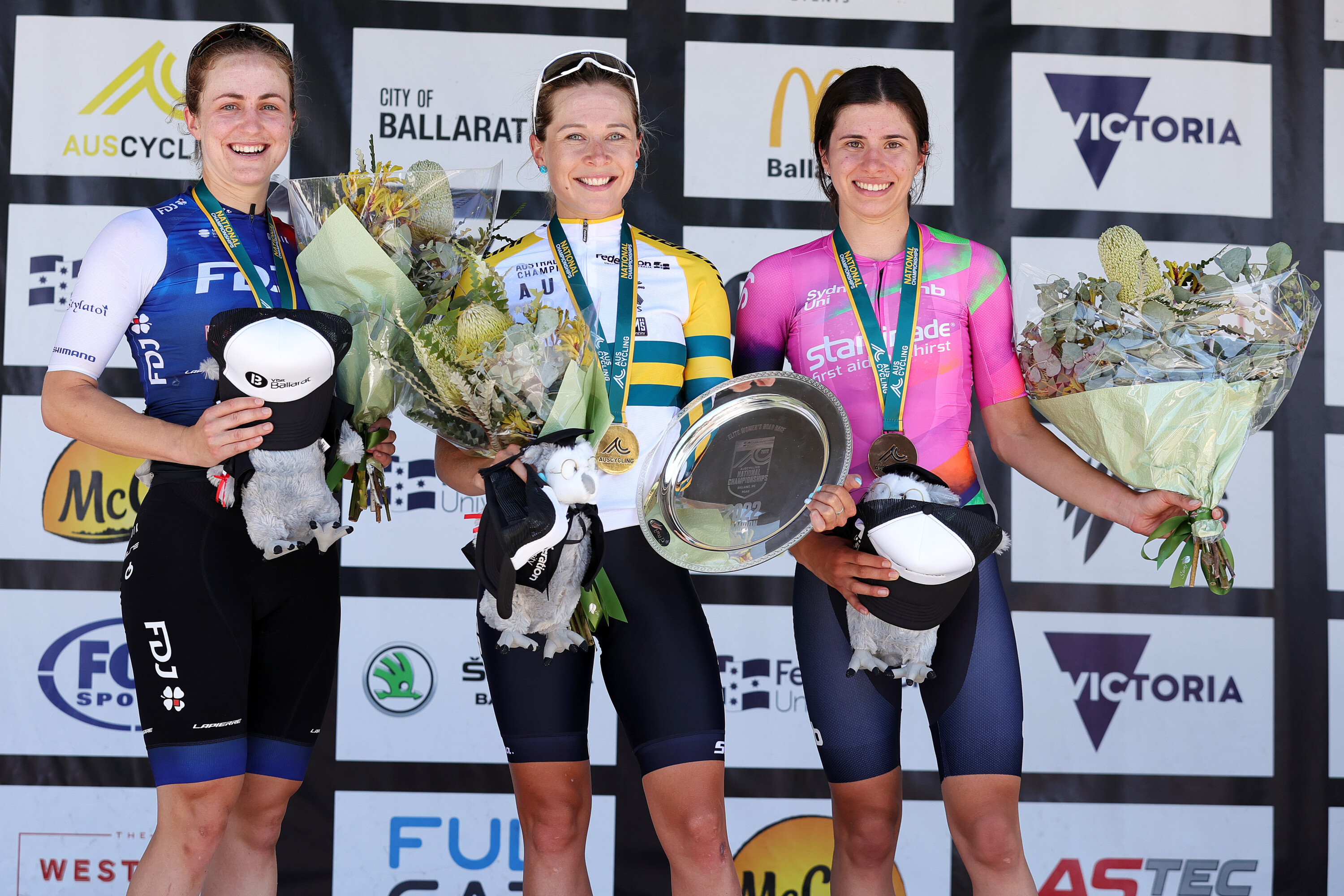 Nicole Frain and Luke Plapp will wear the green and gold bands as our 2022 National Champions after both enjoying strong solo victories at the RoadNats.

During the final stages of the hot and testing 16-lap (185.6-kilometre) circuit race, the 21-year-old track and road rider from Brunswick, Victoria rode away from a heavily reduced peloton to claim his first professional victory.

“It was just awesome fun out there. I’d dreamt of this one for a while. It was a shame to miss that TT, but to make up for it here in the road race – nothing beats it,” Plapp said.

“With six to go, five to go, four to go I was like, ‘Oh, this is it, this is it’, but I thought, ‘No, I can’t make the same mistake as last year’ and I think I took a lot of learning from last year. So, to be able to do it today and really be patient, I couldn’t be happier.

“We spoke to my coach last night and he said as you feel the moment, just back it. Don’t hesitate and once you have that one move, commit all-in for it and don’t make another. So, I was just glad that the one move that I chose paid off.

“Kudos to Jimmy [Whelan], he is an amazing fella. I look up to him and train with him a lot, and if I couldn’t win, I would have loved him to.”

The 29-year-old Tasmanian went solo and held off an elite group of chasers in the final stages of the 104-kilometre race.

Frain – a current student at Federation University – made her decisive attack in the university’s Mount Helen Campus with 3.5km to go.

Frain’s gap was never more than a handful of seconds, but the reduced peloton of 12 riders hesitated for long enough that, by the time the sprint opened up on the main street of Buninyong, she could safely raise her arms aloft and celebrate an unexpected victory.

Her win followed an intelligent race by Roxsolt Liv SRAM, who used their numbers to place riders up the road in key breakaways.

“I thought, if I just get a little bit of a gap I’m just all in. It’s now or never because having Ruby and that still there, I didn’t want them there, not for me, and then the gap opened,” Frain said. “And then I was just like, ‘Don’t time trial like you did on Wednesday and you’ll be fine’.

With Thanks To AusCycling