English octogenerian Russ Mantle is about to become the first person in the UK to have covered a million miles (1.6M kilometres) by bike.

He has documented his miles with years of records, and is due to complete his millionth mile on this week with a bunch of supportive friends there for the massive milestone.

“I enjoy cycling so much that’s it’s just natural to be a mile-eater,” said the former club racer. “Even when I was in my 60s and 70s, I was doing my highest mileages, so it just shows you that as you get older you don’t necessarily have to do less.”

…I haven’t really been going for it, the miles have just naturally piled up…

There was no Strava or GPS devices when Russ began recording his mileage in 1952 so he wrote the details of his cycle rides in paper diaries, including the results of his many race wins.Between 1953 and 1975 Russ competed in cycling time trial races and set numerous records.

After retiring from racing, Russ led rides for the West Surrey CTC for 20 years and is still a member of several cycling groups.Cycling UK Chief Executive, Paul Tuohy said “Cycling a million miles is not only incredible it’s almost incomprehensible. Russ never set out to break any records, cycling is simply a part of his life.

“Cycling UK’s mission is to get a million more people out on their bikes, it’s amazing that we’re celebrating one man’s achievement of cycling a million miles in his lifetime.“Russ is an inspiration and he shows us all what is possible.”Russ’s has cycled in America, Canada, across mainland Europe and throughout the UK preferring to cycle the highest mountain passes.

To put Russ’s achievement into perspective, cycling a million miles is the equivalent of circumnavigating the Earth 40 times or travelling to the moon and back twice.

The average driver will likely drive less than half that distance in their whole lifetime, and Russ won’t be stopping at a million miles.

Do you know an elderly Aussie who continues to rack up the kilometres? We’d love to hear more! Have your say in the comments section below. 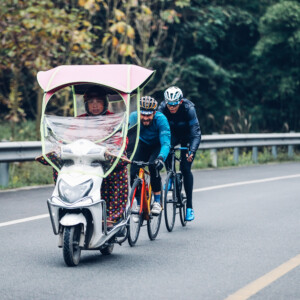 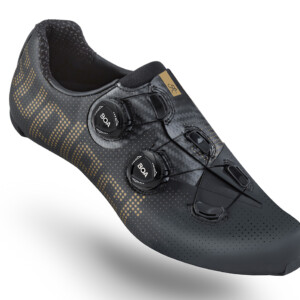