Search
Menu
Search
You only have to look at the start list of the Tour Down Under to see how its importance as a pre season race is increasing on the world stage. Last year we had Armstrong, Voigt and Hincapie. In 2010 the big names have increased with Cadel Evans and Alejandro Valverde joining the other stars. When I received the press release announcing Valverde’s attendance I immediately contacted Caisse d Epargne director Neil Stephens to arrange an interview.
I have a picture of Valverde in my head. It is of the finish of Stage One of the 2008 Tour de France from Brest to Plumalec on a boiling hot day. There was a steep uphill finish and what Phil Liggett would call ’The Heads of State’ were all set up for the win. Suddenly Valverde exploded away from the other riders with apparent ease. The photo was taken head-on as Alejandro crested the final rise his face in a huge smile and his arms in the air. He has mirror sunglasses, shining white teeth and a gleaming Pinarello with yellow bars underneath him. Like Erik Zabel before Hell on Wheels, all we ever got to see of Valverde were the sunglasses and the raised hands on the finish line. Nothing else. Because he doesn’t speak English, we never see him interviewed by SBS like we do Lance Armstrong or Mark Cavendish so for me Alejandro Valverde always had something mysterious about him. 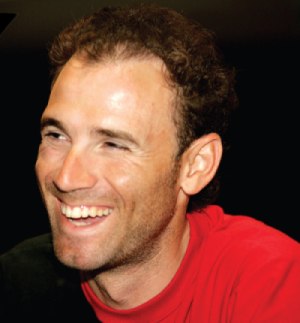 In real life Alejandro gives the impres­sion that he could fit in everywhere. He has the beginnings of a receding hairline and stands somewhere around five foot eleven. He could be likened to the descriptions of Magnum photographer Henri Cartier Bresson, who allegedly got such good photographs because no one noticed he was there. During the Tour Down Under, the lobby of the Hilton is THE place for peo­ple to gather. It’s like a mini Hollywood, a lot of people who should be there and plenty who shouldn’t. It can be a dif­ficult place to conduct an interview be­cause you invariably get seen and people wander up to listen. When I interviewed George Hincapie there in 2009 several people sat nearby to watch. And talking with Phil Liggett and Paul Sherwen was a mammoth task because they know everybody. But Alejandro Valverde went unnoticed by all and sundry and I could have been talking to my cousin. So with Neil Stephens, to whom I owe many thanks, doing the interpreting, we were able to have a good chat. 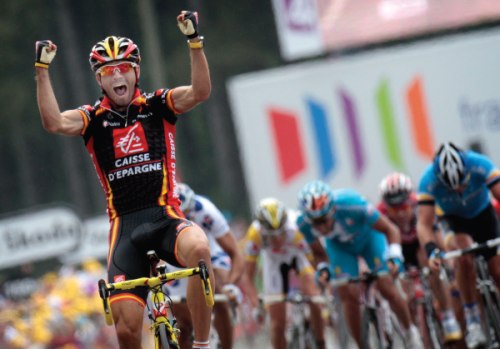 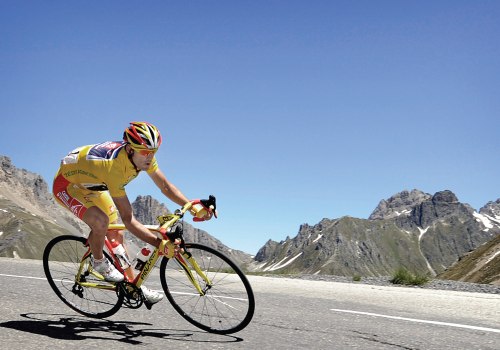 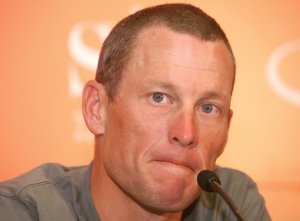