Tour de France veteran Pat Jonker learnt his trade  as a pro racer on the lanes and bergs of Flanders.  Thirty years on, he returned to those roads  to ride the Great War Remembrance cyclosportive.

As a young cyclist growing up in Adelaide I clearly recall my father saying: “Son, if you want to someday become a professional rider you’ll first have to go to Flanders and learn the trade.”

So I did. There I was, a naive 17-year-old, racing as a junior in Flanders during the late 1980s.
I can still vividly remember my first race – especially walking into the local café, just outside of Ghent, to pick up my race number. That strong scent of massage oil combined with the smell of beer and cigar smoke is something that will stay etched in my mind forever.

It was during those years I learnt the craft of how to race a bike – skills you can only learn on the windswept and cobble-strewn roads of Flanders. Dad was spot on: it was a steep learning curve that would form the basis of my career as a professional cyclist.
Once again, more than three decades later, I find myself riding through the fields of Flanders. This time not racing – well, not as intensely – but taking part in the Great War Remembrance cyclosportive. This is a community ride open to all to commemorate the end of World War I 100 years ago. There were a range of distances to choose from: 80km, 110km and 180km. Of course, I was in for the 180km version.

The sportive started from Menin Gate in Ieper, a small town that was completely destroyed during the war and tirelessly rebuilt since. Menin Gate is a memorial to the missing soldiers who were killed during the war and whose graves are unknown.
From here the field of around 1,500 riders set off along the Ijzer canal towards Nieuwpoort. The roads were flat and windy and as the pace subdued the wind seemed to spin in all directions.
We passed several memorials such as the Brooding Soldier and the Welsh Memorial Park. Of most significance was Nieuwpoort itself, made famous as the coastal town where the might of the sea held off the advancing German army. The lock master opened the sluice gates and flooded the town, buying the Allies valuable time.
Nieuwpoort was also the first feeding station and bike service area where we could top up our bidons and refuel before continuing on.

From Nieuwpoort, the pace picked up with a slight tailwind pushing us back to what the Flandriens call the Heuvelzone, the Flemish hills.

The bunch started to fall apart as the pace sat around 35km/h, the slight tailwind pushing us along as we passed the Tyne Cot cemetery where a staggering 12,000 soldiers are buried.
Next was the Passchendaele Museum, and from there we hit the first cobbled sectors – slightly uphill sectors of around 2km in length. Yep, there’s no better way than this to get a sense of what it’s like to be a true Flandrien.
Riders were already standing roadside with punctures: mostly foreigners, as my Flandrien guide Dries had told me before the start to keep the tyre pressure low at around 70psi. With 25mm tyres we had no problems conquering the cobbled sections and went puncture-free all day.

From the cobbled sectors we headed towards the next challenge of the day, the Plugstreet Wood, a memorial with names of 11,000 missing soldiers. Even the locals refer to it as Plugstreet in recognition of what took place 100 years ago.
Those Plugstreet roadways consist of white gravel and are between one and three kilometres in length.The feeling of riding amongst the backdrop of cemeteries and memorials is hard to put into words for being there was a truly surreal experience.
Our final stop of the day was at Peace Village, an amazing place where, at the end of the war, the German troops exited their trenches and started to drink and play soccer with the Allies.

The main climbs of the day included the famous cobbled Kemmelberg, a well-known favourite amongst cycling enthusiasts. This climb is more than just a challenge for cyclists – it formed a strategic vantage point for the British during the war and was the scene of a fierce battle. More than 5,000 soldiers lost their lives defending the Kemmel.
Side stories and history abound in this place – such as the story of a young Frenchman named Camille Fily, the youngest ever Tour de France rider who competed at just 17 years of age. Camille’s cycling career was cut short due to the war and he found himself stationed on the Kemmelberg.

Appropriately enough, Camille’s job was to run errands – by bicycle – between villages. Tragically, Camille was shot and killed while delivering a message between the Kemmelberg and the small town of Millekruis.
For us cyclosportive riders, it was just a challenge to get to the top of this 2km cobbled climb with pitches of 22%.

From the Kemmelberg we continued towards the penultimate climb of the day, the Rodeberg. This was a small obstacle compared to the Kemmel and ridden in the big chainring. Even so, it was here – at around the 140km mark – I could feel my legs turning to jelly and slowly hitting the wall.

All I could think of was a large serving of Belgian frites with plenty of mayonnaise and cold beers to boot. Those thoughts kept me going during the last hour of the ride: it’s been a long while since I have ridden 180km!
After the Rodeberg, we could see Ieper in the distance and could literally smell the Belgian frites. But we had one last obstacle to conquer – the cobbled section of Palingbeek. This is a 2km stretch of pavé that blew apart what was left of the remaining group.
You could easily tell the local Flandrien riders from the foreigners as they seem to glide over the cobbles effortlessly, always picking the smoothest line as the rest of us battled just to stay upright.

“All I could think of was a large serving of frites with mayonnaise and cold beers to boot.”

From the pavé of Palingbeek it was all smooth sailing, with a slight tailwind pushing us the last few kilometres to the finish in Ieper. Crossing the line delivered a major sense of achievement. It wasn’t an easy day. But then you think of what those soldiers went through during the Great War 100 years ago, and you wonder how tough it really was in comparison.
There’s no disputing the fact this is pure and true heartland territory. The region is riddled with cycling, military and Australian history.

It’s a destination offering something for everyone – from the retired recreational rider right down to the young and starry-eyed neo pro. Dad was spot on with his advice.

Pat Jonker travelled on behalf of Bicycling Australia and as a guest of Visit Flanders. He vows to return to the true heartland of cycling.

Visit Flanders with your bike, and it’s almost sacrilegious not to climb the steep cobbled bergs that make the Spring Classics so fascinating to watch. Here’s Bicycling Australia’s bucket list of climbs that every true Flandrien should complete.

Oude Kwaremont
DISTANCE:2.2km
ASCENT: 89m
The Oude Kwaremont is the longest cobbled climb of Flanders at 2.2km long, with 89 metres of climbing. While it averages a nice ‘easy’ 4% gradient, its maximum gradient of 11.6% lies in the middle of the climb – it’s not an easy feat to recover from that over cobbles.

Muur-Kapelmuur  (Muur van Geraardsbergen)
DISTANCE: 0.95km
ASCENT: 79m
The legendary Muur van Geraardsbergen takes you to the 110m high summit of the Oudenberg. The 950m long climb has an average and maximum incline of 9% and 20% respectively.
For decades the Muur was both the penultimate and decisive climb of the Tour of Flanders. It’s also used by a number of other races, such as the Three Days of De Panne, Omloop Het Nieuwsblad and the Eneco Tour. Don’t forget to pay a visit to the neo-baroque church on the top of the hill, which will be a welcome stop after a 20% steep climb.

Bosberg
DISTANCE: 0.99km
ASCENT: 57m
The Bosberg has become known as the ‘Edwig Van Hooydonck Hill’ since the famous Flemish cyclist made his decisive move in the Tour of Flanders in 1989 and 1991. The Bosberg is now the final climb in the redesigned Omloop Het Nieuwsblad.

Paterberg
DISTANCE: 0.36km
ASCENT: 42m
It’s a relatively recent addition to the Tour of Flanders, but the Paterberg has already achieved legendary status. With a maximum gradient of 20.33% and an average gradient of over 12%, it’s one of the steepest climbs in the region.

Taaienberg
DISTANCE: 0.63km
ASCENT: 31m
Taaienberg literally means ‘tough hill’: the reason for this name will become clear when you ascend its cobblestones. This is Tom Boonen’s favourite hill so the locals call it ‘Boonenberg’.

Koppenberg
DISTANCE: 0.68km
ASCENT: 59m
The ‘bump’ of Melden, as the Koppenberg is locally known, is guaranteed to add suspense to the Tour of Flanders every year. It’s one of the most iconic climbs due to its difficult cobblestones, steep grades and narrowness. Not surprisingly it has been listed as a national monument.

Kemmelberg
DISTANCE: 1.4km
ASCENT: 90m
At 156m, the Kemmelberg is the highest point in West Flanders. Named after the village of Kemmel on its eastern slopes, during World War I it was the scene of brutal slaughter (see main text for more information). Today, it is the showpiece of Gent-Wevelgem, whose two ascents of the Kemmelberg’s notorious cobbled pavement continue to court controversy. The riders climb from the south-east and descend the northern face. With its 20% gradient and unpredictable terrain, the Kemmelberg has witnessed some truly horrendous crashes. The climb has now been resurfaced which makes descending a bit safer. 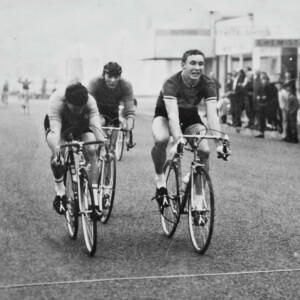 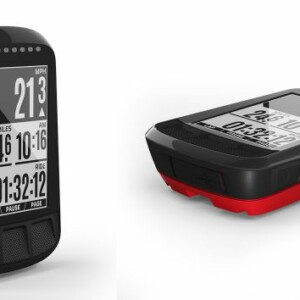