BICYCLING AUSTRALIA: Where are you now for this interview  and why?
DECLAN BAKER: At home in my lounge room.

BA: Where did you grow up?
DB: In Russell Lea (Sydney) then my parents moved and had a few different houses around the area.

BA: Is your family into cycling?
DB: I have a little sister but her and my mum aren’t the sporty types. Dad hasn’t been riding for the past 15-20 years, having me stopped that I think. But recently he has been getting back on the bike; I think all the time around my racing has inspired him a bit.

BA: How would you describe your personality as a kid?
DB: I was quite a sporty kid although a bit chubby in my younger teenage years,  I think I was heavier than  I am now and played open-side prop in Rugby Union. I was very shy; I used to hug my dad’s leg when meeting new people. I was never overly interested at school and always enjoyed hands on classes like wood work, construction, and engineering.

BA: How did you get into cycling?
DB: I think I was 15. It was a bit of a strange turn of events. I’d played rugby all my life before that and was quite big around 12, 13, and 14. When I was 14 I went to Samoa on a rugby tour and ate something bad or drank some bad water and got giardia. I think I lost 10 kilos in two weeks. I didn’t want to put the weight back on and started running heaps until dad bought me a bike and within a year and a half I was on the NSW junior road team. I did a bit of track when I started but I never enjoyed it as much as the road.

BA: When did you first join a cycling club and which one?
DB: I was 15 and I was with Lidcombe Auburn cycling club. I did a few club crits first then junior tours around NSW.

BA: How did you go?
DB: Opens took a little while to find my feet. I got fifth overall in my first junior tour and never finished worse than that for the season.

BA: Do you ride full time?
DB: I work part time and am studying horticulture at TAFE.

BA: Have you ever had any sports testing done and if so what were the results like?
DB: I have never had any proper testing done. Only small wattage tests to work out numbers for intervals.

BA: What is your favourite ride in the world and why?
DB: I have not ridden much out of Australia and if I have it’s only racing so you’re not thinking about how the ride is. But in Australia so far I would have to say down the Snowy Mountains.

BA: Do you have a coach?
DB: Ken McMillan.

BA: Why did you decide to get  a coach?
DB: I used to train myself but I found I tended to make stupid decisions. So I got a coach to overlook it all and make sure I wasn’t overloading myself or under training.

BA: Do you believe that having a coach is a good thing for all riders, not just NRS?
DB: Yes if you want to be competitive at whatever it is you do. Sometimes we can’t make decisions for ourselves. Having someone helping  you just gives you that piece of mind that you’re always  on track.

BA: What’s the best thing your coach ever told you?
DB: Probably don’t train  too much.

BA: What does a typical training week look like for you?
DB: A solid weekend with long rides, usually a Monday off and most of the intensity stuff done on a Tuesday, Wednesday, Thursday.

BA: How much of a role does diet play in your cycling career?
DB: Heaps! Working a physical job also just means I need to always have energy, therefore eating lots of good food is the only way to sustain energy.

BA: Have you ever crashed?
DB: Plenty of times, never broken bones but I’ve had a few big ones. Tour of Toowoomba was probably the worst where I came off at 50 kph after crashing earlier that day.

BA: How do you stay motivated when you have to take time off the bike?
DB: Watch a lot of racing. And just know that your body only tells you things for a reason.

BA: Is your current team your first team? How did you get involved with it and when?
DB: No I have only joined Merida Flight Centre this year. I got involved through Brett Dutton who has always helped me out since a junior when he had nothing to do with me. I wanted to make a move this year to better my cycling and it couldn’t be a better one with Merida.

BA: What events have you ridden with the team?
DB: Jelajah Malaysia has been the only big race so far. But a very memorable one with a team mate picking up third on GC.

BA: What results have you achieved as a member of the team?
DB: A couple of NSW state track titles but the racing hasn’t really gotten under way yet.

BA: What benefits do you take from being a member of your NRS team?
DB: We are looked after quite well, no one likes a bragger!

BA: Do you have a role on the team?
DB: Along with me being new there’s a few other new team mates come on board, so we haven’t really found our feet. We are all quite equal in ability though so I think it will just be a case of riding for the strongest guy on the day.

BA: Have you raced overseas? If so, where and what was it like in comparison to Australia?
DB: Yes in Malaysia and New Zealand. Malaysia was outstanding compared to Australia, the organisation was faultless; it felt very professional. And just the mass of police for the road closures was incredible.

BA: What is your goal for this year?
DB: Find my feet in the  U23 ranks.

BA: What is your ultimate goal?
DB: To one day hopefully race on a big team. I’d be over the moon to go pro.

BA: What is your favourite NRS event and why?
DB: Probably Canberra Tour, it just has a bit of everything which I like.

BA: What do you think could be done to make the series better?
DB: Longer stages would be the best thing for the NRS and also smaller team sizes.

BA: Can you remember any really funny or other poignant times you would be willing to share with us?
DB: Maybe when I was 11 or so and I fell out of a tree and very narrowly missed cutting off my genitals, got a scar to prove it… 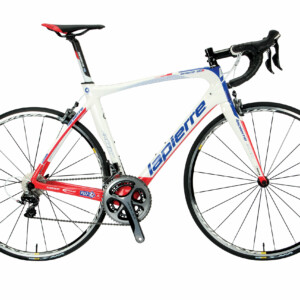