Financial support is key for riders in the NRS; it allows them to do what they do best, but what other issues do they face off the bike?

When Melbourne girl Miranda Griffith, a talented triathlete, decided to try her luck at serious road cycling, she discovered a gap existed between what cycling clubs were offering and the elite ranks of the Victorian Institute of Sport (VIS).

She wasn’t a candidate for the VIS at that point, but she wanted to race at higher than club level. She had some friends in the same situation. What to do?

Enter devoted boyfriend Julien Knuppel, a sports science qualified triathlete learning a few valuable lessons about overtraining after succumbing to chronic fatigue syndrome…but with time on his hands to ponder the problem.

“You need a women’s cycling team”, says he. “A team to develop the riders to the point where they get experience at National Road Series level and can then head off overseas to bigger teams if they want.” And then, since he had a spot of time, rather than waiting for such team to miraculously appear before him, he decided he might as well create one.

And so Team Holden – the 2014 winners of the women’s National Road Series – was born.

“It started out as frustration at the lack of progression for women cyclists, then became a labour of love,” he says down the line from Victoria, where his Holden Women’s Cycling Team is based. “Not just love for my girlfriend, but love for the sport and a desire to see it grow.”

Having worked in finance and administration at his parents’ aged care service, Julian had a fair idea of some of the ins and outs of running a business, but he’s the first to admit he had no idea of how to run a cycling team.

“First of all, we needed to be getting them some money for race entries and getting them around,” he says, “and that’s where the triathlon shop came in.

“We literally started in late 2009 with less than $5000, with six to eight girls racing under the team name of XOsize.

“Some girls were fully committed to cycling, had moved on from tri, the other half were dipping their toes in the water.

Soon after establishing the team and after a few months observing how the women’s side of the sport operated, Julian says it became apparent that it seriously lacked organisation and structure at the domestic level.

“There were a couple of organised racing teams who were getting around but domestic competition was mainly dominated by the state sporting institutes, in particular the VIS.

“Their selection criteria set the bar high and riders who fell between club level and elite national level were mostly left to work things out and fend for themselves.

“As a junior I was fortunate enough to go through Cricket and AFL development squads such as the Victorian Bushrangers (cricket) and Dandenong Stingrays (AFL). These programs had dedicated talent I.D. scouts, player development officers, conditioning coaches, medical personnel and coaching staff.

“I was quite astonished that practically none of these coordinated development programs were in place when I came to the sport of cycling some 12 years later in late 2009.

“That’s why in 2010 I pushed on with the team more motivated than ever to create something solid for these riders and because I was bothered by the state of the sport.”

XOsize continued to race in 2010 and 2011, when it registered as an NRS team; the members using their own bikes and equipment.

Then, at the end of 2011, it took on two major new sponsors – Holden and Specialized and underwent a name change to become Holden in 2012. Suddenly the stakes were higher.

“The first season as Holden we had a really good crack, trying to get to the majority of races,” Julian says.

“Holden coming on board allowed us to realise that vision and keep working towards it.”

So how did the sponsorship from the iconic Australian car manufacturer come about?

“I had a contact at Holden, and I heard they were keen to get involved with women’s cycling,” he says. “They had been sponsoring netball and saw the value of female athletes, the marketing assets they can be.

“Of course it always helps when the sponsorship manager is a keen cyclist themselves!”

The first year, Holden “dipped their toe in the water with naming rights in exchange for a cash contribution”.

“We were left to make every post a winner and show them we could make the most of this sponsorship and what we could give them. They were happy with our 2012 results and we also attracted the attention of Specialized, which came on board with bikes and wheels and helmets, gloves in 2012. Holden then gave us a team car in 2013.”

Fast forward to 2014, and the recently crowned NRS championship team is considered as one of the bigger teams on the women’s NRS.

The team contributes towards flights for its riders, pays accommodation and race entries. It provides equipment. While there is still a rider contribution, all prize money is split among the riders according to a formula based on who rides in the race and 20 per cent is reinvested in equipment, training etc.

As owner/manager/soigneur, Julian doesn’t take a wage, just expenses. “I do, however get a car to drive and a bike to ride, so it’s pretty idyllic really,” he says, adding that he is living off his savings.

“So you have to look beyond financial gains, at why you are doing it. I think for me, two things got me in…one obviously trying to provide a platform for Miranda to develop and progress and she has certainly done that. The other comes back to frustration at the state of the sport. I thought I could make a positive improvement.”

The results of both the team and of the original member Miranda, speak for themselves.

At the end of 2011 Miranda finished a close third on the Arthur’s Seat stage of the Honda Women’s Tour which was run alongside the men’s Sun Tour that year.

It was the team’s and Miranda’s first podium result at the national level and Julian says the VIS offered her a training agreement the following week – an offer she decided to turn out in favour of remaining with the team.

“Holden and Specialized are on board again for 2015 and we’re looking for teams overseas to strike up a strategic relationship with so we can place our promising riders with them on an exchange type arrangement.

In 2015 Julian plans to take a team to the Tour of NZ which has made a welcomed comeback to the UCI calendar. “We need more UCI level race opportunities in the Oceania region so teams like ours can access affordable international level competition and gain valuable experience for our riders.”

Even though some good progress has been made he still thinks road cycling as a sport in Australia has a lot of improvement to be had.

“Due to the lack of funding under the current system I think a restructure is needed take the sport to the next level. There’s no reason why we shouldn’t be aiming to professionalise the sport in Australia. Many clubs especially the stronger clubs have the power to attract decent corporate sponsorship dollars and I’d really like to see Cycling Australia assist clubs and provide them with the framework to set up professional NRS teams much similar to that of many other team sport franchises that operate domestically.

“These are wholesales changes and they involve vision, planning and preparedness for change. I think cycling in Australia would also benefit from a National Criterium Series sooner rather than later.”

As for the team’s original Juliet, Miranda left Holden at the end of 2013, and did some guest riding in 2012 in the USA for Optum Pro Kelly Benefits team for four to five weeks. She then had an opportunity to go over with AIS/national team junior worlds team as a senior development rider and mentored the juniors as they prepared for junior worlds in Belgium.

2014 saw the team step outside of Victoria for the first time withrecruitment, bringing on boardfour Queenslander and one NSW rider to join three Victorians.

The team’s vision for 2015 is to have an eight rider roster again, go around the NRS again and create its own development pathway, strike up some strategic relationships with teams in the USA or Europe. 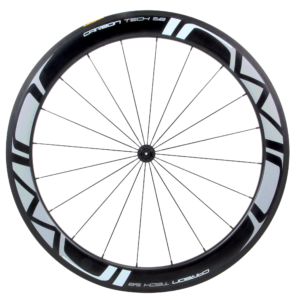