24yo West Australian Jai Hindley has come of age as a Grand Tour rider, the Team Sunweb rider finishing 2nd overall at the 2020 Giro d’Italia.

Hindley rode the time trial of his life aboard his Shimano-equipped Cervélo P5. Team Ineos rider Tao Geoghegan Hart rode a faster final TT to secure the overall win, and is now the team’s 5th Grand Tour winner in 10 years.

Hindley’s teammate Wilco Kelderman secured third on the final podium – making it a 2-3 for Sunweb.

“It is super-disappointing to lose the jersey on the last day like that and at the moment it’s pretty hard to take,” said Hindley immediately after the stage.

“I think when I look back, I’ll be super proud with how the team and I rode the past three weeks. It’s a massive step forward in my career and it’s three weeks I’ll never forget.”

Hindley said as a team Sunweb didn’t put a foot wrong all race.

“We can be super proud of what we’ve accomplished,” he added.

“I’d just like to thank the guys on the team, the whole team actually – the staff, everyone involved. It’s a massive operation to get here and to be on the podium in Milan; a lot of work, effort and time has gone into it and I really appreciate what the team has done to get me here.”

“We’ve had a lot of highs and lows throughout the three weeks but when we needed the guys then they were all there and rode strongly as a team together,” he said.

“I think we can be proud, we were up against a tough opponent. We can walk away happy from this race with the two spots on the podium, the stage win, some days in the pink jersey; it’s been a great race for the team.” 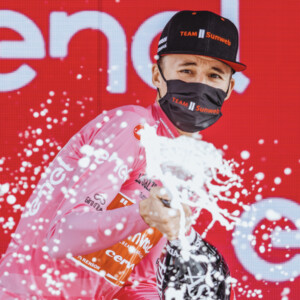 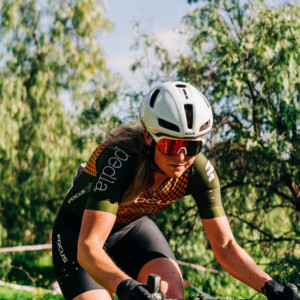