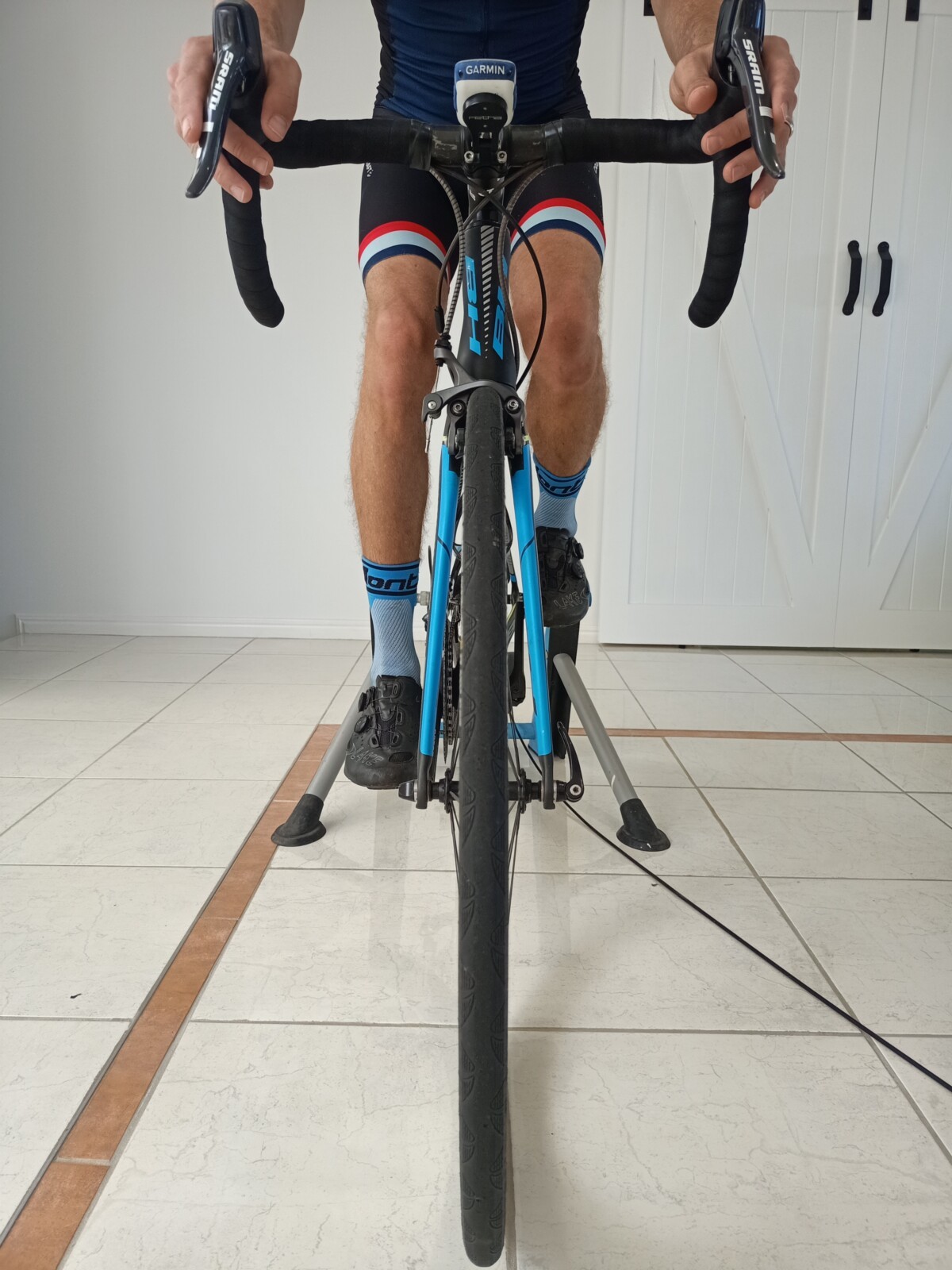 The knee joint acts in a single plane of motion and is therefore subject to niggles from being forced to operate in any plane of motion that it doesn’t agree with while pedalling.

Allowed to track vertically, extend with full control and freedom and the joint will put up with huge repetitions of motion over large periods of time with no ill effects. Force it to act in a diagonal plane across the line of the pedal, under or overextend and it will quickly suffer from connective tissue inflammation, friction synovitis and soft tissue impingement.

This article will attempt to explain some of the common causes of knee pain on the bike and how they can be overcome. By necessity, I will be unable to cover every potential scenario as there are an almost infinite set of possible causes to these motion patterns, but we will attempt to cover the majority in a broad sense.

The knee consists of two compartments (medial and lateral) or knuckles, which articulate with each other to allow it flex and extend freely. The compartments roll over each other and the meniscus (cartilage between the weight-bearing portions of the knee) acts to hold the superior knuckle of the femur in place on the relatively flat surface of the tibial plateau while this rotation occurs.

The vast majority of knee pains from cycling tend to occur from attempted maltracking of the patella on the front of the femoral notch. Somewhat confusingly, the pain that the rider feels from this issue can be highly varied—frontal quadriceps tendon pain, deep diffuse pain felt through the knee and pain on the lateral edge of the kneecap are the most common.

The causation behind this type of issue is almost always the same—the knee is attempting to descend over the pedal centreline and is not having great success at achieving that goal. As the knee deviates diagonally across the line of the crank arm, the hip tends to follow it down and around, lateral to medial (outside to inside) although occasionally medial to lateral.

This tractions the ilio-tibial band (ITB), dragging the patella sideways in the femoral notch and slightly loading the lateral facet of the patella with every pedal stroke. The most common presentation of discomfort the rider will feel is lateral ITB pain at the insertion of the ITB on the kneecap’s outside edge. Within this group of issues lies bursitis, friction synovitis of the ITB and other less common, but similar, pains.

The other common presentation is knee pain over the insertion of the medial quadriceps (VMO) where it inserts on the patella. The VMO will struggle to control the unwanted lateral deviation of the kneecap and occasionally it becomes overloaded before the ITB issue rears its ugly head. The result is medial patellar/quad pain and occasionally, cramping in the VMO under heavy cycling loads as the muscle belly attempts to control the aberrant tracking of the patella.

Less common is deep, diffuse knee pain which seems to radiate through the joint from front to back. As the hard cartilage on the back of the patella wears down from patellar mal tracking, it can refer pain through the knee, even sometimes presenting purely as posterior knee pain at times!

All of these presentations are caused by the same motion patterns—medial or lateral deviation of the knee across the line of the pedal on the power phase of the stroke. Most competent bike fitters will note that this occurs, in 75-90% of cases, on the left knee preferentially to the right knee.

Hemispherical dominance patterns of compensation are responsible for protecting most rider’s right sides more effectively than their left—so as a challenge to their position presents itself, most riders will unconsciously drop their right hip down and forwards, sitting obliquely on the bike and favouring their right side.

This helps the right knee track vertically over the pedal centre and the right knee will sit closer to the top tube than the left. The left side gets forced away from the centreline by the obliquity of the pelvis, challenging the plane of motion of the left knee and creating the knee tracking issue further down the kinetic chain.

Issues caused by under and over-extension of the knee are easier to pinpoint as the tolerance of the knee for over and under-extension during the pedal stroke is much higher, so for things to start hurting the seat needs to be really high or really low in most riders! If the knee isn’t allowed to extend freely towards the bottom of the stroke, and it remains cramped during this section of the motion, the front or the back of the knee will start to hurt.

Typically under-extension (seat too low) will cause frontal knee pain, and over-extension (seat too high) will cause posterior knee pain, although the exact opposite pattern is observed frequently enough to not make this statement completely accurate. These patterns are the primary exception to the asymmetry rule—if the seat is far too high or low, it is common enough that both knees will start to hurt in a relatively symmetrical fashion.

The patellar (quadriceps) tendon, if the knee is acting in a very closed position, tends to get annoyed and create frontal pain just under the kneecap. If the knee opens too far and over extends, losing control of the stroke, the hamstring insertions and popliteus muscle at the back of the knee become irritated and create posterior knee pain. In rare cases, these can progress to proper tendinopathies (chronic inflammation) of the patellar tendon or the hamstring insertion at the back of the knee, although even in the case of fairly severe calcific tendinopathies if the positional challenges are removed and the correct motion pattern restored, the rider will almost immediately be largely pain-free.

The solution to knee pain, in general, is almost always the same: removing the necessity for compensation strategies to occur by systematically removing the impediments to positional stability, control and symmetry that each rider faces. Correcting seat height, setback, cleat position, arch support, foot correction and so on, as well as resolving leg length discrepancies with the use of shims are all important boxes to tick. Even an improper Q-factor can cause the exact same motion strategy to occur—pelvic obliquity, asymmetrical hip motion and, typically, one-sided knee pain is the result.

Steve Hogg once described it to me this way: our job is an exercise in de-compensation, removing the central nervous system’s need to compensate—as compensation strategies always act to increase the rider’s asymmetry as they favour their dominant leg preferentially to the non-dominant one, hence why most overuse injuries on a bike stem from one side of the body, rarely both.

A final group of knee problems should be addressed: occasionally a rider will present with a knee pain which is a result of severe damage to the hard cartilage surfaces of the knee, and even with a perfect position there is still pain in the joint. This is, thankfully, relatively rare and the damage in my experience needs to be very specific to cause this level of trouble.

In almost every case, the problem is a loose body in the patello-femoral joint, a large section of grade 3 (complete thickness) cartilage damage on the back of the patella or the front of the femur, or a section of cartilage which has delaminated from the underlying bone structure due to an underlying bone fault or a traumatic event to the patella such as a dislocation.

Meniscal damage and weight-bearing surface arthritis tend to almost never be a large impediment to a rider and even with severe arthritic change in the knee, riding can typically be painfree if the position is good enough.

Severe damage to the patello-femoral joint tends to be the exception to this rule and often we will seek an MRI scan to check the state of this section of the knee if major damage is suspected. 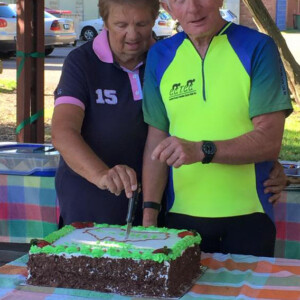 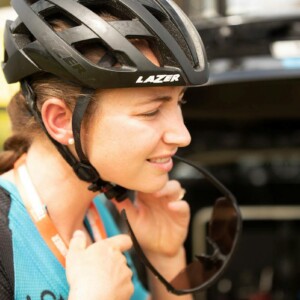