Tommo and Macka - Mike Tomalaris with commentator Dave McKenzie when working for the SBS network.

It’s official – Mike Tomalaris, the veteran cycling host and former SBS sports & news presenter, will be back in the chair for the the Wollongong World Championships.

With the Nine Network & Stan having the rights to broadcast the 8-day 2022 World Championships programme, Tomalaris will sit alongside well-known commentators Kate Bates and Scott McGrory.

“Yes, I’ve been approached by Nine / Stan to host the Road World Championships in Wollongong and I’m very happy about it,” he told us late on Friday.

“Nine & Stan have the rights for Australia. Coverage will be based in both the studio in North Sydney and on site in Wollongong. Kate Bates will be involved, as will Scott McGrory … that’s the hosting team and I know we’ll work exceptionally well together and make Australia proud.”

Thrilled to be back hosting cycling after his sudden departure from SBS in October last year, Tomalaris believes many Australians are still underestimating the significance of next month’s World Championships in Wollongong.

“I still feel mainstream Australian media doesn’t really understand the enormity of what’s about to unfold,” he said. “This is like the Football World Cup, but it’s cycling and it’s right here.”

“Wollongong won’t know what hit it,” Tomalaris enthusiastically continued. “It may not be a traditional cycling city but I feel it will become one overnight. I feel post-Worlds the major event will be very good, almost instantaneously, for Wollongong. Cycling infrastructure is already being put in place across the city, they are already heavily promoting recreational cycling.

“It’s a picture postcard city – I feel people don’t really understand how beautiful and scenic Wollongong is. The beaches, the escarpment, all the restaurants and breweries … it’s a truly stunning destination and I look forward to helping showcase it. The foreigners watching will certainly take note and include Wollongong in their future itineraries.”

Tomalaris knows the region and the course well, as he continued.

“I have ridden the course, I’m a regular to Wollongong,” he told us. “I live in southern Sydney and often train in those northern parts of the course with my bunch. I know the sport, I know the area and I am really excited to be back in the chair.”

Asked if his return to television was anything like a prominent ex PM once describing an election win as ‘the sweetest victory’, Tomalaris disagreed.

“No I don’t see it as a sweet victory,” he said. “I see it as an appointment for a person like myself who’s being in the sport for the best part of 30 years. I know the area, I know the riders, I just see myself as the right person for the role of what will be the biggest sporting event to come to Australia this year.”

“I’d like to also add I did meet up with some of my former SBS colleagues at the Tour, there’s no hard feelings between myself and my former employer.”

“It’s not a sweet victory, if anyone knows about the World Champs, cycling, the riders and Wollongong, I think Nine and Stan have selected the right team with myself, Kate Bates and Scott McGrory.

And His Men’s & Women’s Race Favourites?

And the million dollar question, his favourites for the main events, the elite road races?

“I’ve ridden the circuit,” Tomalaris continued. “I feel it’s taylor made for Wout van Aert and Julian Alaphillipe. It’s a tough circuit … it’s murder. Personally I would be surprised if Caleb was there at the end after such a brutal course. I think it will also be tough for Michael Matthews. I think Jai Hindley would be a chance if he’s selected. It will be a super team but we can discuss that a little closer and once we know who’s coming – whatever happens it will be a very strong and impressive team.”

“The Aussie women’s team will also be a standout – selectors will have a very difficult task ahead of them, there are some incredibly accomplished experienced riders such as Amanda Spratt, but then several phenomenal newer riders such as Sarah Gigante and Maeve Plouffe. That said, the course does look very good for a certain Dutch rider.”

Summing up, Tomalaris said he was “really happy to be back in the chair for what promises to be the biggest sporting event in Australia in 2022.”

“I’ve been away from television for a year so this is really good news for me,” he said in summary. ”I would like to think the viewers who have been associated with cycling over the past 30 years will be happy to see me back. And I’ve got to say, over the past 4 or 5 weeks I’ve received several hundred messages from viewers telling me ‘it’s not the same without you’. It really is humbling to know that people do miss me.”

The Wollongong World Championships run from September 18 to 25. Bicycling Australia will be on site to bring you day by day coverage. 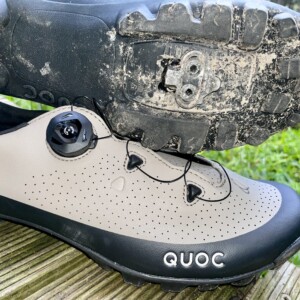 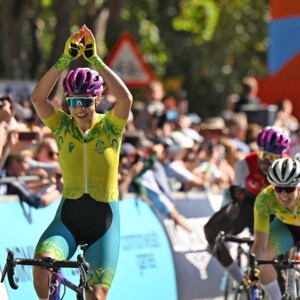