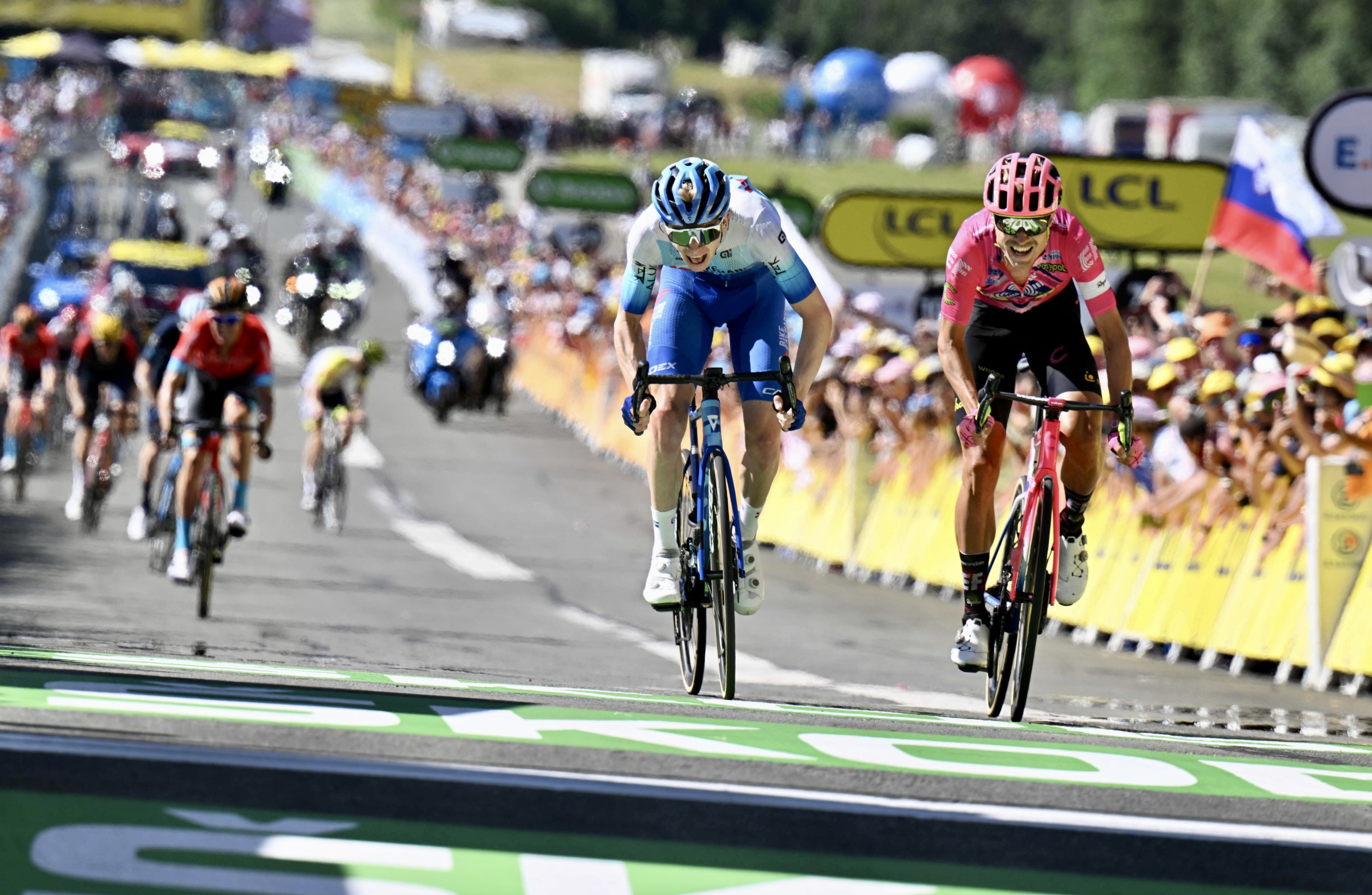 Nick Schultz and Magnus Cort battle it out at the finish of Stage 10 of the 2022 Tour. Image: Sirotti

Team Bike Exchange – Jayco rider Nick Schultz may be riding his debut Tour de France, but the young rider has already made it a race to remember after a brilliant Stage 10 finish overnight.

Second – by a photo finish – on one of the toughest stages of the race so far, Schultz crossed the uphill finish line alongside Magnus Cort.

“I am really happy with second, but to be honest I am also really upset,” an elated Schultz said after the stage. “It is not like every day you get to try and win a stage of the Tour de France. I will keep trying and see where we get to,” he added.

Despite the podium finish and close finish, the young Queenslander said he didn’t feel he was riding well.

“To be honest, I actually had really bad legs today after the rest day,” he said. “ I just had to sit tight and try and find the good legs again and it was just a matter of trying to do my best on the final climb. I tried to play poker, but I’ve never really been in that position before to contest a Tour de France stage win. It was almost perfect, but we know Magnus Cort, he has won stages in Grand Tours before, and he was just the better man.”

With Bike Exchange-Jayco having an impressive 2022 Tour – a stage victory to Groenewegen and two second places so far to Michael Matthews – Sport Director Matt White seems delighted with the team’s performance.

“It’s been a pretty turbulent day for the boys today,” he said. “Obviously losing a teammate with Durbridge going positive with Covid. But the boys focussed on today’s stage and we knew it was a stage that suited Schultz to get into the breakaway. Nick had some great help there in the breakaway from Jack Bauer to keep that break moving, and give him every chance to do his thing in the final.”

White said Nick Schultz “rode a very calculated final and was just pipped on the line by Magnus Cort, so hats off to Magnus, but what an incredible ride from Schultz in his first ever Tour de France.” 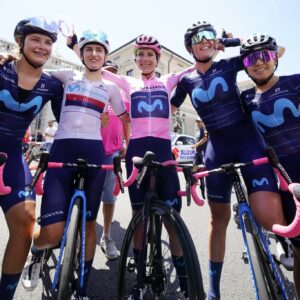