Any spoke spinning punter of the peloton worth his or her weight in energy gels has at one time or another become a little nutty about nutrition. When push comes to shove, cycling is a crude contest between the engine under your bonnet and the junk in your trunk. But regardless of your power-to-weight ratio, history has demonstrated that you’ll struggle to get out of the neutral zone without the right fuel in your tank.

That’s right folks, don’t be fooled by the emaciated appearance of the professional cycling set. Those waifish wheelers are constantly engaged in a veritable feeding frenzy. On a typical day of a Grand Tour, a rider will consume about 6000 calories and over a gallon-and-a-half of water. And when it comes to fiddling with your food, these crank crunchers are worse than a three year-old with a plate full of broccoli.

In the season of 1977, in a desperate bid to win his eighth Milan-San Remo and get back on the podium of Le Tour, Eddy Merckx temporarily gave in to fashion and declared himself a vegetarian. The results were disastrous.

“I prepared well and actually won my first big race, the Tour of the Mediterranean but as soon as more racing came along my body failed,” Eddy said. “I kept catching colds and other minor illnesses, where before I rarely did. I started to get little niggling strains and injuries too. Still, I was sixth in the Tour de France that year, and won 17 races. But deep down I knew it was gone.”

Now, I’m already on record as having declared my love for vegetarian food. It has only ever enhanced my experience of roast lamb, eye fillet steak and chicken breast marinated in chilli sauce. But if it can end the career of someone nick-named “The Cannibal”, we should all remain hyper-vigilant …

Prior to ’77 Eddy’s success had been built on the back of a no-fuss diet: a steak and bottle of coke for breakfast, a steak sandwich and cold tea for lunch, and a steak washed down with a six pack of Leffe Blond for dinner. At the height of his powers, and with no drinks carried on board the support vehicle, The Cannibal actually won the 1972 San Remo while completing a five course dinner at various bars scattered along le parcours. No guessing what he had for the main …

On a typical day of a less-than-grand tour with my bunch, the Old Cranks, a rider will still consume about 6000 calories and over a gallon-and-a-half of liquid, just like the pros. But the devil is in the detail. Apparently a hot lunch and ten pints is not the most efficient way to take in your energy and fluids.

It was Miguelito “El Dingo Loco” de Pared who took our bunch ride – and waistlines – to another level. Inspired by Gabriel Gaté’s gastronomical gallivanting through the French countryside, he commissioned his mate Henri to produce a food, wine and beer preview of our Sunday rides.

Now, folks, you probably don’t know Henri, but you can take my word for it that he doesn’t do things by halves. It didn’t take long before the whole idea snowballed into a full-blown YouTube production that we could view on Saturday nights before each ride.

Episode 1: “Hello, it is from the very charming town of Hazelbrook that I welcome you to Taste Le Bunch Ride. Today the Old Cranks will weave their way westwards through the beautiful Blue Mountains. I’m at the Thai Square restaurant and we’re cooking-up Moo Pad Grateum Prik Tai, which we’ll be washing down with a bottle of Tiger Premium Lager.”

Episode 2: “This Sunday, the bunch will pass by the Trattoria La Vigna, one of the handful of vineyards scattered across greater western Sydney. I am with the owners, Gianni and Silvanna. We’ll be throwing back a cheeky bottle of locally made red and preparing my favourite dish on the menu, pancetta di maiale alla grigli.”

Episode 3: “Finally, after a gruelling hour and a half of riding through the Nepean Valley, the Old Cranks will arrive in the lower reaches of the Hawkesbury. I’m at The River Orchid Chinese Restaurant where Chef, Michael Li and I are necking a bottle of Tsingtao and whipping-up a serving of táng cù lǐ ji.”

The fundamental problem with the whole arrangement – apart from the obvious challenge of riding home with a belly full of pork and beer – was that the deal involved the bunch stopping by on the day of the ride for lunch. While Henri ate for free during the production of each episode of Taste Le Bunch Ride, our Sunday jaunt was costing the rest of us about $45 a head.

Personally I blame Susie Burrell, Bicycling Australia’s resident dietician. Out of guilt more than guile, I’ve occasionally perused her column in search of nutritional nous and clarity on all things culinary. While it’s true that I have never caught Susie promoting the bistro binge or beer bender as the secret to success on the bicicleta, nor have I heard her directly denounce such behaviour. She really should be more explicit in that regard. 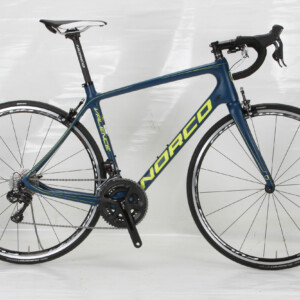