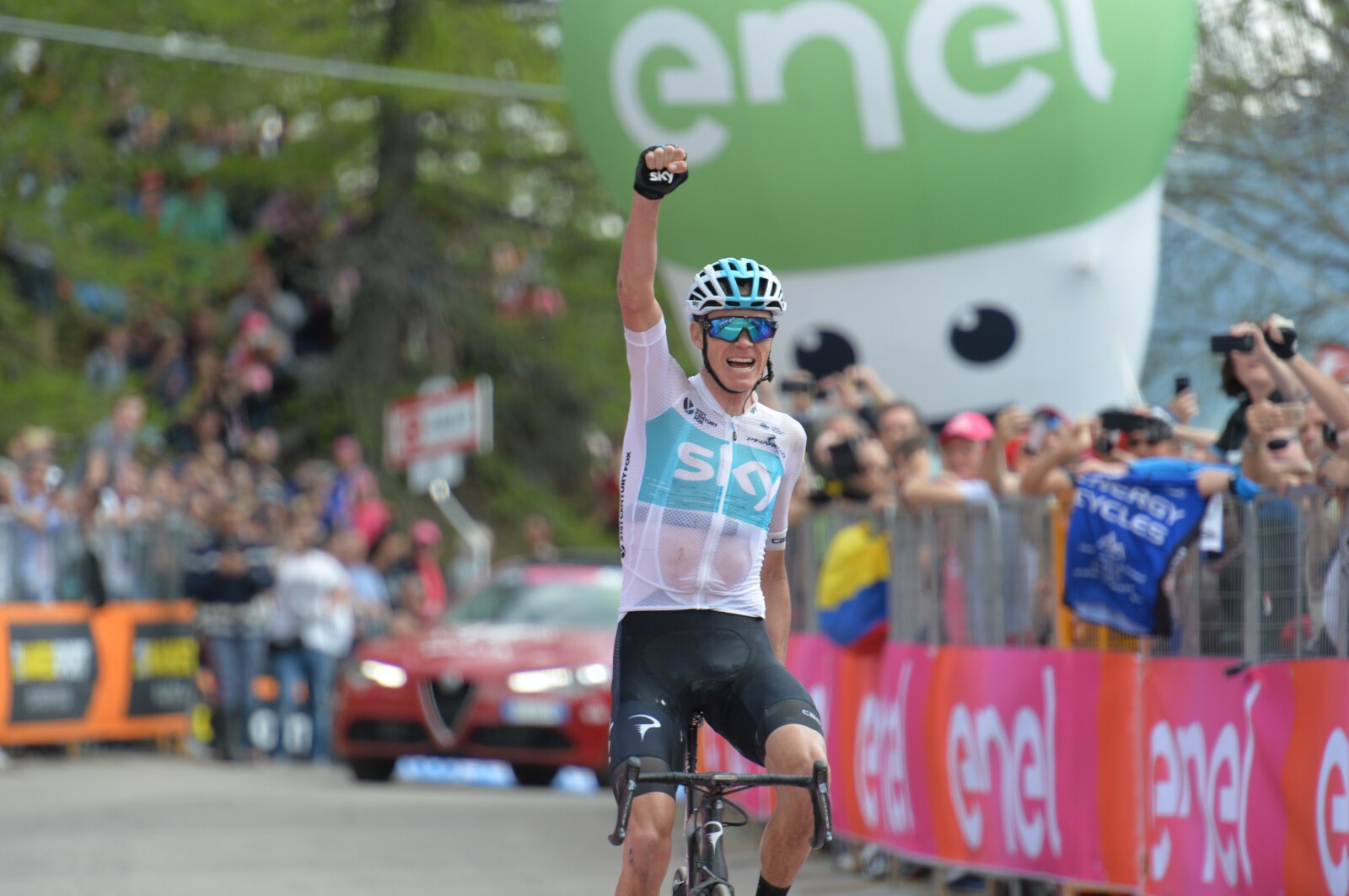 It was one of the most astonishing rides of the modern era, one instantly etched in history, a superhuman effort that will very likely make Chris Froome the holder of three consecutive Grand Tour titles.

In a phenomenal effort Froome dumfounded the not just the peloton but fans around the world to completely dominate Stage 19 of the Giro d’Italia.

Breaking away and going solo for the final 80km – yes eighty kilometres of the race – the seconds built into minutes as the then 4th place rider eroded the gap between himself and his two main rivals – defending champion Tom Dumoulin who had been in second place and Simon Yates, the 25yo rider who had held the pink jersey for 13 days and looked set to deliver the Aussie outfit Mitchelton Scott their historic first ever Grand Tour win.

Dumoulin remained virtual leader for much of the time Froome was powering away and making time on two of the toughest climbs of the entire race. Meanwhile Simon Yates was left struggling, soon finding himself 12, 14, 16 minutes behind …with worse to come.

To the following descents and Froome put on what will surely be rated as one of the most thrilling and brilliant displays of bike handling and cornering of the year – commentators were agog and Twitter was in overdrive as Froome paved the way to effectively became outright leader of the race.

Increasing his lead over the chasing group to more than 3-minutes, Froome maintained the pace and went on to complete not only his most notable stage ever, but what will surely become one most talked about Grand Tour breakaways of all time.

“I don’t think I’ve ever attacked with 80 kilometres to go before like that, on my own, and gone all the way to the finish,” Froome said after the stage.

“It was going to take something really special today to first of all get rid of Simon [Yates], then Dumoulin and Pozzovivo. To go from fourth to first, I wasn’t going to do that on the final climb alone, so I had to try something from far out.”

As Froome and Team Sky celebrated, Mitchelton-Scott and many Australian cycling fans mourned, Simon Yates eventually finishing more than 30 minutes down on the new race leader.

“At the start there was no signs of anything wrong. I was just tired, extremely exhausted and that’s bike riding unfortunately,” Simon Yates told team media after the stage. “I really had nothing to give, it’s just how it is, but I’ll be back.”

Now leading the race by a comfortable 40 seconds, Froome said he was feeling good and ready to add his made Giro title to his 5 other Grand Tour wins – four Tour de Frances and last year’s Vuelta a Espana.

“I’ve been feeling better and better as this race has gone on,” Froome said. 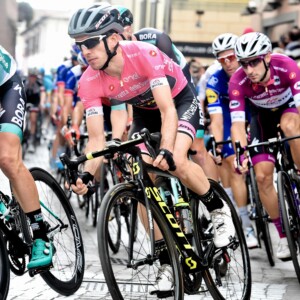