When it comes to commuter cycling – getting people out of cars and onto bikes – the mandatory helmet law debate is alive and well.

I don’t like Mandatory Helmet Laws (MHLs). I think they are, first and foremost, hypocritical. They’re also ineffective. I also think we’ve had MHLs in Australia for so long that most don’t think critically about them anymore. Like seat belt laws in cars – why wouldn’t you legislate for helmet use?

Well, let’s not get ahead of ourselves in this story. I’m also, seemingly in contradiction, a helmet advocate. I’ll take you on my intellectual journey that brought me to this point. Personally, it involved months of research into helmet epidemiology and population statistics. It is roughly the same thinking process that led British parliament to consider and reject their own MHL.

“That helmet saved my life.”

“If only he’d been wearing a helmet!”

Neither of those statements are demonstrably true. Someone has a stack, cracks open their helmet, sustains a nasty concussion and attributes their continued existence to wearing a helmet that day. Or your riding buddy falls and hits his head fatally. With a few exceptions, it is almost impossible to know how any crash would have played out without repeating the exact same crash with/without the helmet.

This is why anecdotal evidence can be so personally decisive for an issue but still be completely contradicted when population statistics are considered.

Epidemiologists use randomised control trials in many studies, but not for helmets (everyone who got a red ticket will now crash while they ride their bike without a helmet) – it doesn’t pass the ethics test. But looking at years of hospital admissions data and coroner’s reports and crash statistics all tells us that helmets work well in certain types of crashes but not at all in others.

Presenting Cycling As A Dangerous Activity

Forcing cyclists to wear a helmet portrays cycling as dangerous. Some aspects of cycling are dangerous. DH MTB racing is fraught with injury. The Madison race on the velodrome rarely sees a race go by without crashes. Yet the classic “cars and bikes don’t mix” doesn’t really play out as correct when population statistics are used. Just because you don’t feel safe riding a busy street on the way to work doesn’t mean you aren’t quite safe. It also doesn’t mean that people don’t die on our roads either.

In the English speaking nations of the world (England, Canada, USA, Australia and NZ) the accident rates are extremely similar. Pedestrians, cyclists and motorists are injured and killed at nearly identical rates per hour of exposure within each country and (less so) across all the countries. One hour of riding your bike exposes you to the same risk as one hour of driving your car or one hour of walking your dog.

And yet we ask only one of these three groups to wear a foam hat for their own safety. That’s the hypocritical part for me.

The notion that cycling is a risky activity has been reified by the rhetoric such that few people can rationally consider the evidence for and against.

When British parliament sat to consider an MHL for the UK, to my surprise they actually asked for the evidence of the whole picture. The impact of introducing an MHL on riding is pretty well established not only from the Aussie and NZ introductions of laws, but cities like Seattle, USA and the province of British Columbia, Canada have legislated as well. Ridership goes down, fear goes up.

At a population level it is possible to calculate the impact of that lower activity level on the population versus saving some committed cyclists by making them wear a helmet. There is no MHL in England because the numbers didn’t support it – for the whole population. The numbers of individuals saved by wearing a helmet are outweighed on the other side by the improved health of those who get on their bike and go for a ride (and don’t have an inactivity-caused health problem).

Legislating Against A “Fringe” Group

MHLs were introduced to Australia around 30 years ago. Back then commuter cyclists were unusual – even ten years ago when I started working in the building I am still in now, there were about 15 men’s lockers and I got one my first day here. Now there are dozens of lockers and a waiting list – cycling to work has become a thing. Back then, people might have known someone who pedalled to work, but the vast majority of voters (and it is voters I’m talking about) weren’t affected by the introduction of helmet laws:

Cyclists hovered on the fringes of society. A politician introducing this legislation could be seen to be doing something good for those odd folk who can’t take care of themselves – look at how unprotected they are riding around on streets full of cars – without impacting voters much, if at all.

If the risk is the same for both groups (drivers and cyclists) why hasn’t even one country made car occupants wear helmets? Political suicide is the reason. Most people are both drivers and voters. The law for motoring helmets would only last as long as the next election, when everyone who hates driving in a helmet would vote for someone who promised to overturn the laws. (And if a politician put in a helmet law for car occupants, they’d have to wear one too. The pollies who enact helmet laws for cyclists have generally not been near a bike since they were a child.)

The “Risks” Of A Helmet

Helmeted heads are large and heavy compared to an unprotected head. This is important for a couple of reasons. As a tall guy I spent years after one particularly big growth spurt trying to relearn where my head actually was – by hitting it on door frames and low branches and so on. Most everyone learns about the space their head occupies and can miss objects with good precision by small margins. But not when you are wearing a helmet. Now your head is 50% larger in volume and the helmet can hit things that the bare head would have missed.

A human head weighs roughly ten kilograms. A typical bike helmet is about 500 grams (not counting full-face MTB or ultra-light road race helmets). Five per cent is not a huge proportion, but it is enough to tax neck muscles in new ways when they’re used to hauling around a 10 kg head all day, every day. A helmeted head is not only larger, but also slightly out of control and can hit objects with force that the bare head could have avoided entirely.

Even helmets for children is not panacea. One study found that the number of playground deaths in the USA due to children wearing their helmets on the play equipment (helmet gets caught in the climbing bars and the child hangs to death) was higher than the estimated number of children saved from crashing their bike with a helmet on. In our rush to save little heads from impact injury we set them up for strangulation death. With the net effect being that more children die than are saved.

We have a helmet standard that is woefully inadequate to address being hit by a car. We have a law that requires us to wear that helmet when we are in traffic with the cars. I can’t imagine that anyone who understands this issue would think this is a good solution. Yet here we are.

The solution is not to wear a motorbike helmet while commuting, but the one that is taking hold all over Europe right now. This change is in reaction not due to the loss of lives but to the need to be smaller in our carbon footprint. Get people out of cars and into active transport – active like cycling or walking.

Cyclists injure or kill pedestrians so infrequently that it can be big news. Cars do it so often that it becomes mere statistics. If cars aren’t knocking us over then the perceived need to wear a helmet is lesser and the falls that bike helmets are designed to protect us from are actually the falls that we’ll have. The current situation just paints over the cracks in the system in a failed attempt to make things better. 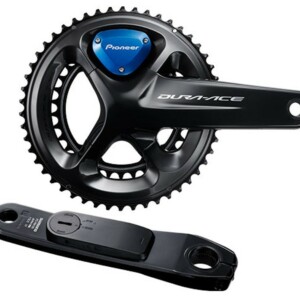 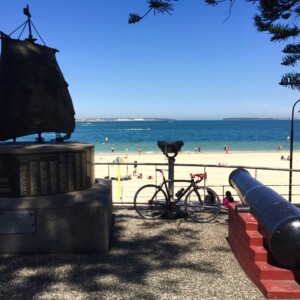