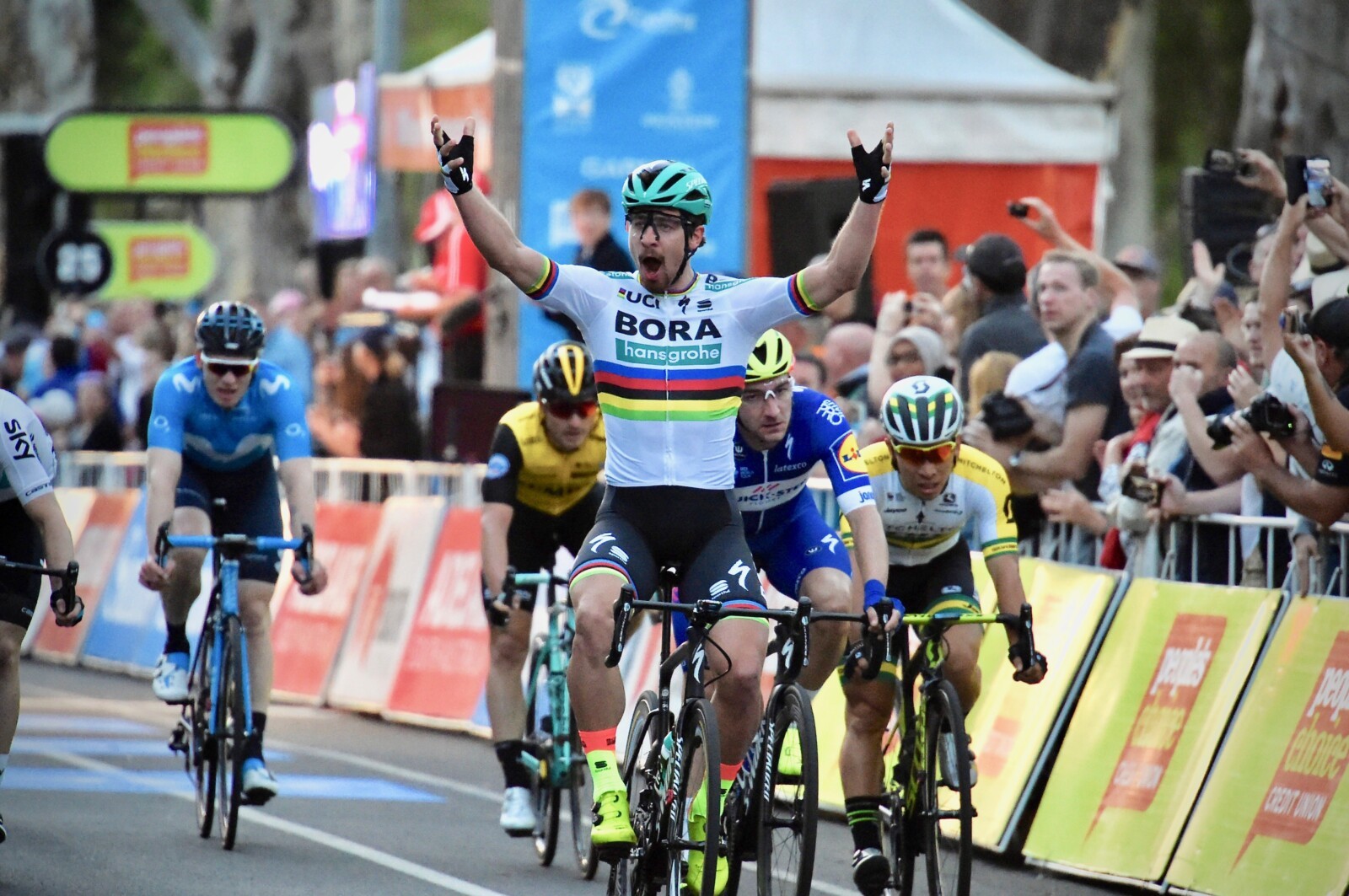 Three-time world champion Peter Sagan has started his 2018 season with a bang, outsprinting Andre Greipel and Caleb Ewan to victory in the People’s Choice Classic in Adelaide.

“I’m very happy for my team – it’s a very good start of the season,” said Sagan who won the 50km criterium in front of an estimated 100,000 screaming cycling supporters.

“I thank all the people who turned up today,” said Sagan whose team mates – particularly GC contender Jay McCarthy – worked hard on the front of the peloton to control the pace in the final laps of the race to set up the win.

“I was well positioned ahead of the sprint but some guys came from behind and closed me in a little bit,” Sagan said.  “I didn’t expect I could win today but at the end it went very well. My condition is good.”

“It was a pretty tough one (tonight),” he said. “I started my sprint a bit too early and there was more of a head wind than I thought it was going to be. We always knew he’d (Sagan) be the one to watch for,” he added.

“They have two cards to play (including Jay McArthy) so it’s hard to know who they’re racing for. But I’m really confident for the week ahead.”

Team Sky’s Halvorsen Out Of TDU

Team Sky rider Kristoffer Halvorsen clipped a barrier and crashed heavily in the final sprint. X-rays on his hand and wrist showed a break, sadly Halvorsen has now retired from the race.

Riders will enjoy a rest day on Monday in preparation for Stage 1 on Tuesday, the stage starting in Port Adelaide before a 145km route through the Barossa Valley to Lyndoch. 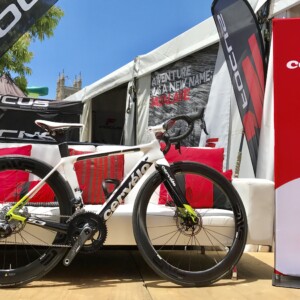