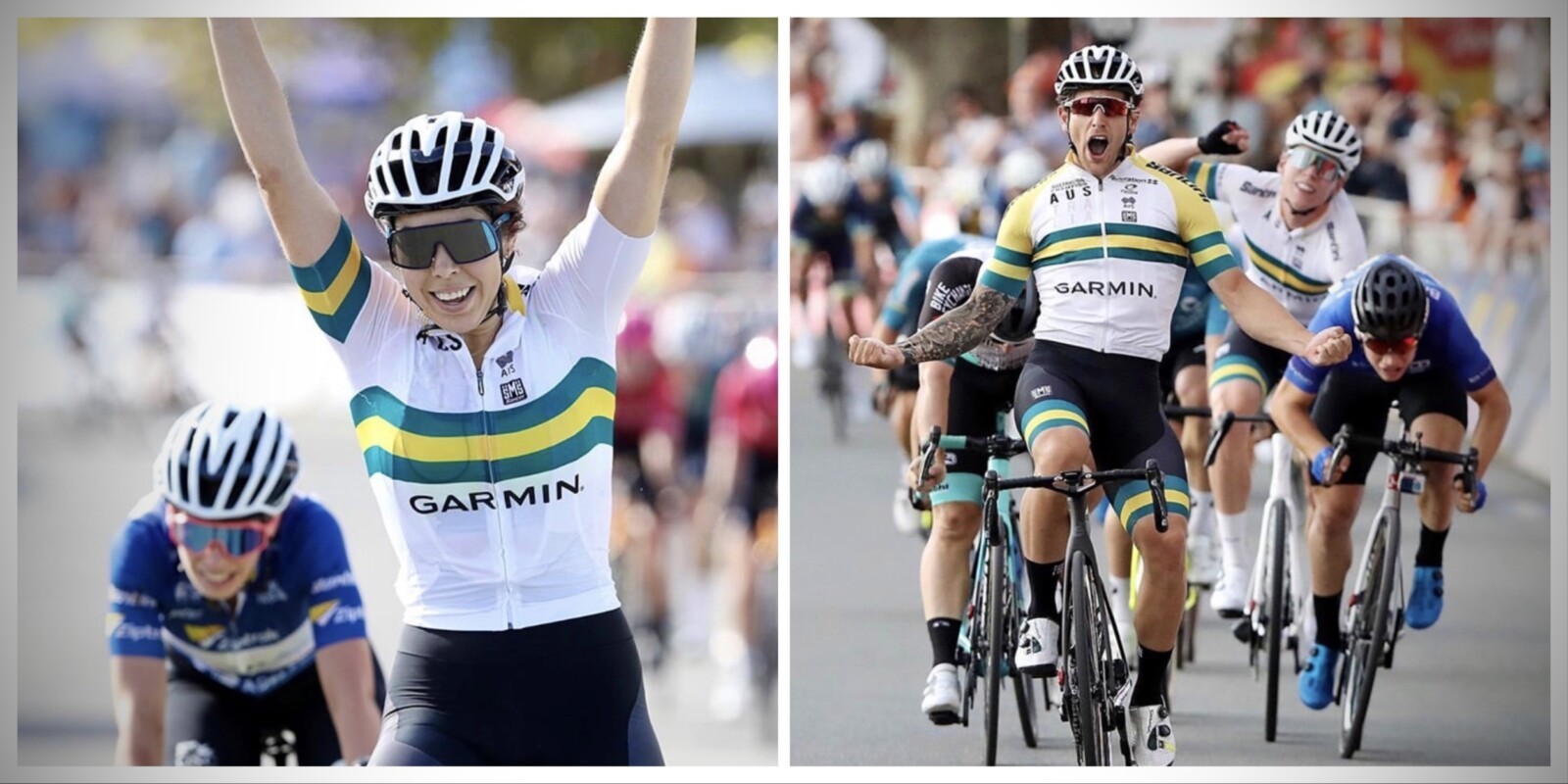 Sunday January 23: Track star and Team Garmin Australia rider Sam Welsford took out the final stage off the Festival of Cycling in Adelaide, the 25yo winning the final criterium in searing heat.

Luke Durbridge retained his lead to secure the overall title of the race, an event held in lieu of the 2021 Santos Tour Down Under.

In the women’s race 20yo Sarah Gigante took out the overall title, the Victorian pocket rocket winning two stages and making yet another bold statement to the cycling world.

Scroll down for updates and video highlights from each of the four stages.

Saturday January 22:  Richie Porte has made it 7 in a row, the King of Willunga winning Stage 3 of the Festival of Cycling on the hill he has made his own.

Fellow Team Garmin Australia rider, and winner of Stage 2, Luke Plapp was second on the stage with overall race leader Luke Durbridge putting in a thrilling effort to finish third. ‘Turbo Durbo’ retains the race lead with a 2-minute buffer of Luke Plapp.

“It’s been a great race so far and I don’t have the form I normally do,” Said Richie after the win,.

“It’s just great to be racing. The rider of the day was Plapp. Porte said of his young teammate. “ He could have easily come around me and he didn’t.”

Gigante The First ‘Queen Of Willunga’

Meanwhile in the women’s race the ladies raced up Willunga for the first time in event history.

Stage 2 winner Sarah Gigante showed she is all class by blitzing the field and breaking away with 2.6km to go.

20yo Gigante made the final 2km of the iconic climb look easy and later said she’d be comparing her Strava time with that of Richie Porte.

“It’s so cool that the women could race up Willunga for the first time,” she said. “With such a strong team around me they were so lovely. It was such a great team effort.”

The first Queen of Willunga, Gigante retains the leaders jersey of the race with one stage to go, the final criterium in Victoria Park on Sunday.

Friday January 21: Melbourne-based Luke Plapp has won Stage 2 of the men’s Festival of Cycling race in Adelaide, the 20yo going solo for the final kilometres to cross the line alone.

Riding for Team Garmin Australia, and having the likes of Richie Porte, James Whelan and other WorldTour professionals as teammates, Plapp said ‘it was an awesome team ride’.

“It was the perfect start to the year,” he said. “To have Richie and Jimmy Whelan in the team …. and their guidance. They were the ones going back for bottles and I couldn’t believe it,” he said. ‘We’re the track riders and they’re the WorldTour pros and they’re getting bottles for us,” he added with a laugh.

Luke Durbridge retains the overall lead of the men’s race with a 2min 10sec advantage over Luke Plapp.

Long solo victories well and truly seem the theme of the event with young gun Sarah Gigante following the playbook to a tee. 20yo Gigante soloed for more than 40km to cross the line, close to 2-minutes ahead of the chasers.

“I’m pretty exhausted but that was so much fun,” Gigante said after the win. “I didn’t think I’d be able to get away solo on the climb. In the end I just had to go solo and time trial home,” said the reigning national TT champion.

Gigante is in the overall race lead holding it by just under 2-minutes.

Luke Durbridge of Team Bike Exchange has put on a scintillating solo performance to win Stage 1 of the Santos Festival of Cycling in South Australia.

No stranger to time trialing, Durbo spent 80 of the 106km race out the front by himself. For much of the time he had a 4-minute lead on the chase group with none of the WorldTour and NRS riders or teams able to catch him.

Despite 34-degree air and 40-degree road temperatures, the West Australian finished close to 2km ahead of the peloton..

Stage 1 Of The Women’s Race

Specialized Women’s Racing’s Matilda Reynolds finished an impressive 4th and one of the other highlights was the return of former pro Carlee Taylor who finished in the top 10. 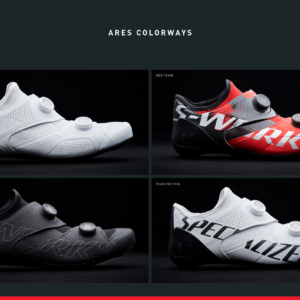 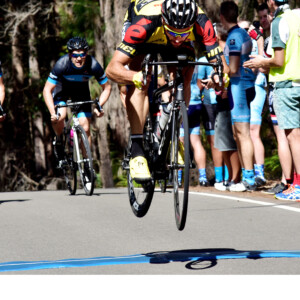