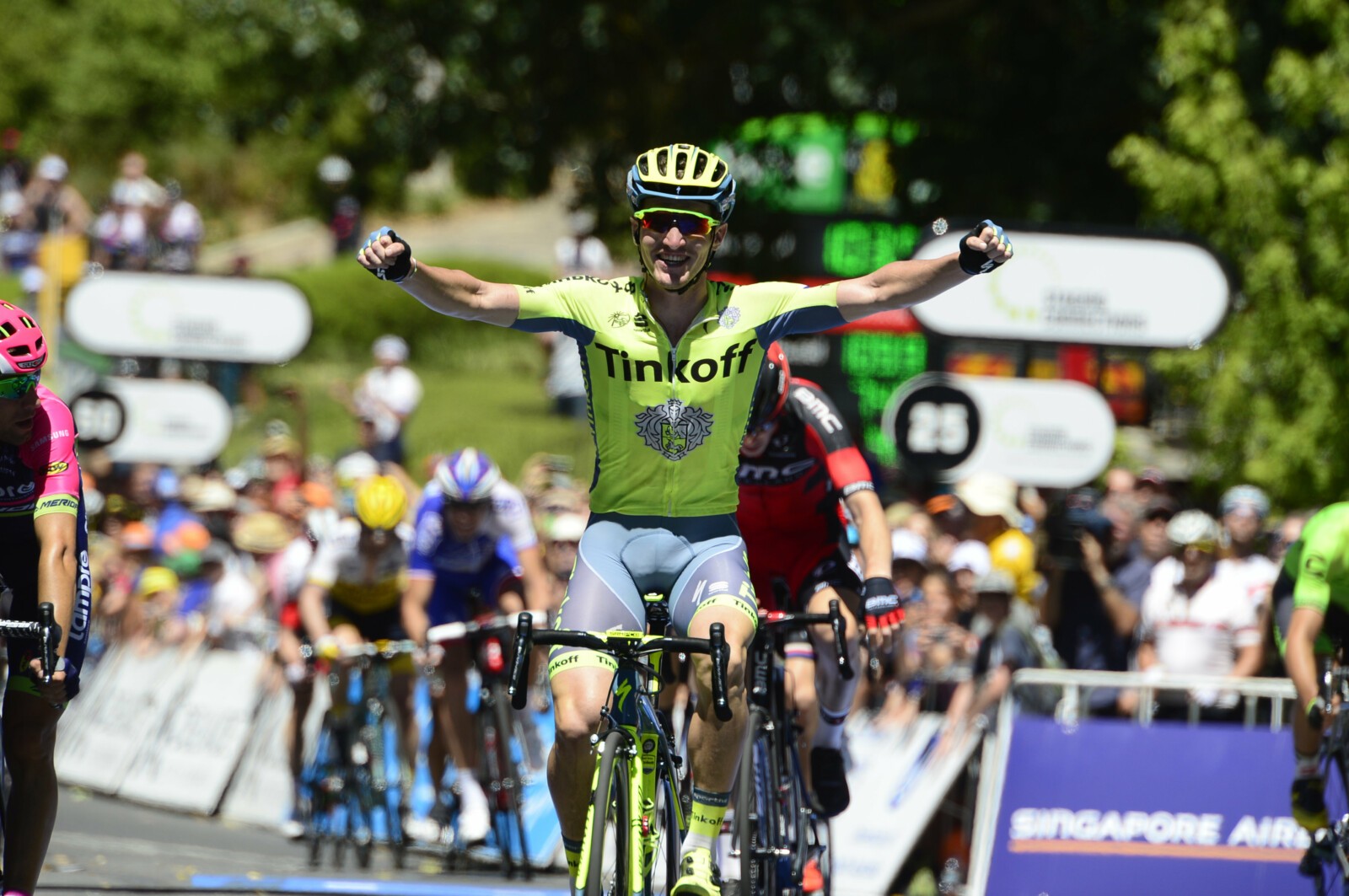 After a scorcher of a day we have a new race leader, and there seems to be a reoccurring trend here in Adelaide.

The Australian riders are going full gas and there is not one person who is able to stand in the way of our Australian compatriots!

Jay McCarthy from QLD riding for Tinkoff has taken the stage win in an uphill sprint to the finish in Stirling this afternoon.

Early on and only 14km in, the KOM on Rangeview Road was taken in a break away with Manuele Boaro (TNK) beating UniSA rider Patrick Lane, Giro d’Italia stage winner Thomas De Gendt (LTS) and Yoann Offredo (FDJ) to the top of the climb.

The first iiNet intermediate sprint at 30km came up where Simon Gerrans and his superstar team mate Caleb Ewan went first and second across the line, and closely behind was Reinardt Janse Van Rensburg (DDD).

An epic day in the saddle though for the recipient of the most competitive rider award Adam Hansen, fellow Australian and member of the Lotto-Soudal team, after he lead the race for almost 100km where he launched an attack soon after the first intermediate sprint.

Hansen looked strong and took the second iiNet intermediate sprint at 49kms, with the Gerrans/Ewan collaboration going across shortly after. That was enough points for Ewan to continue his domination of the sprint classification.

Even after getting a flat tyre on his second lap through Stirling, Hansen held his advantage at over 2 minutes at some points during the race.

Orica-GreenEdge took control of the bunch around the 21km circuit that passes through Stirling, later BMC took the lead on the peloton to bring Hansen within striking distance before he was caught 19km from the finish line.

Once the bunch was together the heat was again turned up, mirrored by the ambient temperatures heading above 35 degrees Celsius as riders began the frantic dash to the finish.

Unfortunately, within the last 3km of the race an Astana rider may have tangled bars with OGE and crashed, bringing down one of the favorites Simon Gerrans as well as Daryl Impey of Orica-Greendge, leaving the door open for McCarthy to take the win in front of Lampre-Merida rider Diego Ulissi (ITA) and Rohan Dennis (BMC) who contested the final dash to the line.

Thankfully all the riders involved in the spill were ok and are looking forward to the infamous Corkscrew climb tomorrow that is set to shake up the GC draw.

The results from today’s stage is as follows,

The General Classification is now as follows, 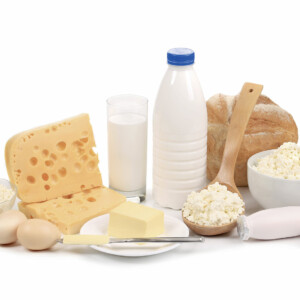 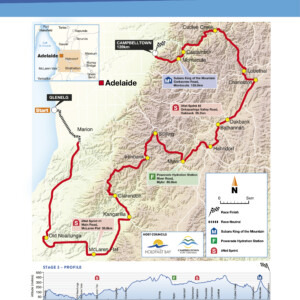