Held in South Australia the race features some breathtaking views of Adelaide and surrounding areas, as well as some infamous climbs and some world class athletes as they begin their UCI WorldTour season here in Australia.

The Tour covers 781.3km and features 6 stages and the traditional Down Under Classic held on Sunday before the Tour begins.

The 4-stage Santos Women’s Tour returns after a successful debut in 2015, bolstered by its recent elevation to UCI 2.2 international status. In 2016 the race is part of the UCI Oceania calendar as well as contributing towards the National Road Series with two criterium stages and two road races in and around Adelaide. Twelve months ago Orica-AIS rider Valentina Scandolara won Stage 1 by six seconds and held that advantage for the next three days to claim the inaugural event from team-mate, Mel Hoskins. South Australia’s Annette Edmonson won the green sprinter’s jersey while Loren Rowney took out the mountains competition.

After 16 successful years, Mike Turtur and his team are getting pretty good at this. It comes as no surprise they’ve set another course with something for pretty much everyone. The annual Barossa, McLaren Vale, Adelaide Hills and Willunga visits are augmented by the return of the iconic Corkscrew climb on Stage 3 and, somewhat surprisingly, the race’s first-ever ascent of Norton Summit Road a day later, a climb local riders know well. Four of the six stages feature multiple loops, giving fans even more opportunities to see their heroes in action.

The popular Tasmanian went close in 2014 and even closer in 2015, missing the overall victory by a whisker. It’s easier said than done, but if he continues on the same trajectory with BMC there’s only one place left to finish. As his time with Team Sky drew to an end, Porte certainly indicated he has big ambitions for 2016 including early season tilts at both Buninyong and Adelaide. The local fans love him and if he can take a trifecta of wins atop Willunga Hill they may just name the paddock up there after him, or perhaps the temporary grandstand. In a race annually decided by slimmest of margin she simply can’t afford to make a mistake.

While all the pre-race talk was about the imminent retirement of BMC team-mate, Cadel Evans, Dennis took both overall and young rider honours in 2015 thanks largely to a late surge to claim Stage 3 at Paracombe. Porte and Team Sky were caught off guard, losing five seconds and paying the price three days later. Of course it was only the beginning of a splendid run for Dennis who then went on to break the world hour record and wear yellow in France. He returns to Adelaide arguably in even better shape giving BMC a powerful one-two punch. However, it’s worth remembering no rider has ever gone back-to-back at the Tour Down Under.

When he arrived in Australia 12 months ago Dumoulin was a 24-year old known largely for his time trialling. In a team largely geared around delivering stage wins with Marcel Kittel (something that never happened) he still proceeded to finish 4th overall, just 22 seconds adrift of Rohan Dennis. Eight months later he almost won the Vuelta España, claiming two stages and wearing the race leader’s red jersey until the penultimate day. For good measure he then placed 11th in the road race at the 2015 World Championships. If the Dutchman returns to Adelaide in 2016, watch out. Like Dennis, he’s on a fast track to the top.

Yes, he was only 32nd in 2015. But the likeable Welshman has previously been an outstanding performer in Adelaide, including three days in the ochre leader’s jersey en route to 3rd overall in 2013. As he showed at last year’s Tour de France he has both the ability and mettle to hang with the very best in the peloton. With the dominant presence of Ian Stannard likely to be at his side and Porte now gone he may well get his chance to shine under the Australian sun.

By any definition 2015 was a shocker for Gerrans with the only slither of light being a solitary day in the Maglia Rosa at the Giro d’Italia, courtesy of a team time trial. He isn’t getting any younger, but barring another off season mishap will surely enter 2016 highly motivated to remind us all he’s not finished building his glittering palmares just yet. A multiple past winner of the Tour Down Under, a quick look at the honour roll shows 2016 may well be an ‘on’ year for the Victorian. Bet against him at your peril. 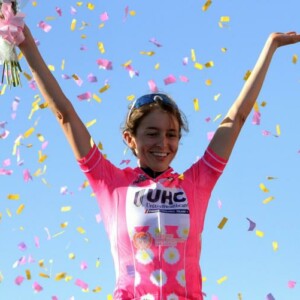 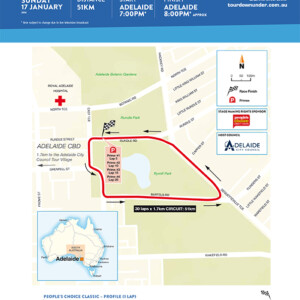