After reviewing the results of the Road National Championships over the weekend, Team UniSA has selected their 7 man squad to compete with a wildcard entry at this year Santos Tour Down Under beginning this weekend in Adelaide.

Previous team member Jack Bobridge rode to victory with his new team Trek-Segafredo at the national championships, but it was the efforts of a few young riders during that race that helped them gain a spot in this team.

The UniSA team gives these riders a chance to display the high calibre of cycling talent Australia has to offer, putting these riders up against some of the worlds best with an international crowd watching.

Experienced Steele Von Hoff of One Pro Cycling team will also try to replicate his stage victory at last years race with the help of VIS young-gun Lucas Hamilton.

Kevin Tabotta, National Performance Director, Cycling Australia said they are happy with team they’ve assembled, as it is a good balance and mix of youth and experience.

“The team provides an exciting opportunity for a couple of brand new talents, like Sean Lake, back to back Grafton to Inverell champion and third at the nation time trial, and also to the two young Victorian Hamilton’s in Chris and Lucas, who dominated in the under 23 road race,” he said.

The seven rider roster for the 2016 University of South Australia – Australia team will be managed by Dave Sanders (AUS) and includes: 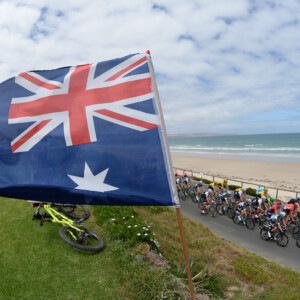