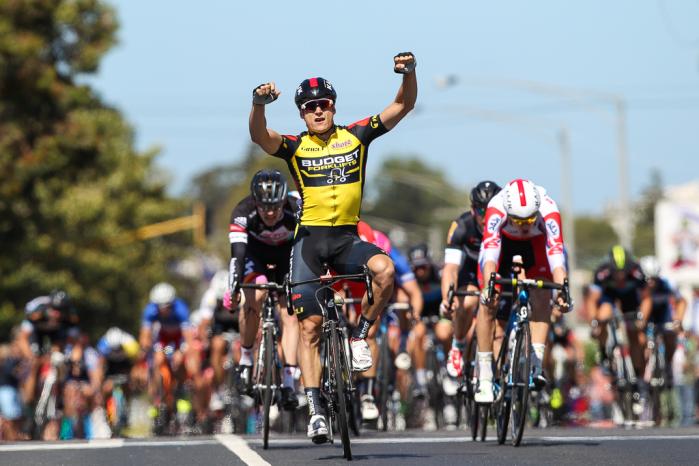 After a grueling Tour of Tasmania one week before, Western Australian Scott Sunderland of team Budget Forklifts raised his arms at the finish line to claim first position in the 278.6km National Road Series race.

To mark the 100th staging of the Melbourne to Warrnambool, 300 riders from all states and territories of Australia, plus New Zealanders and even some Europeans, lined up to start the race. This was a record field for the event and a great way to celebrate its inception.

Eager riders headed toward the front of the peloton at the beginning of the race, all predicting the inevitable break that came when Ed White (GPM) and Tyson Chambers (AWS) got away. Immediately answering was Peter Casey (SPH), Sam Hill (GPM) and Nick Squillari (SEI). The group had a lead of eight minutes at the 100km mark before powerhouse Jacob Kauffman (BFL) made a solo chase for 50km to bridge the gap.

These six riders took advantage of the pelotons reluctance to work together and extended the gap to over 13 minutes.

When the peloton lifted their tempo they bought the leaders back to under the 5 minute mark where Jack Bobridge (GPM) worked with Kauffman ahead of the peloton until the main field pushed back into competition which led to an all out bunch sprint for the finish where Sunderland showed his form.

With Grafton to Inverell on the 24 of October, this will be the final fight to crown the champion of the Subaru National Road Series.

Rankings for the NRS are on the website, along with the gallery of photos from the event. 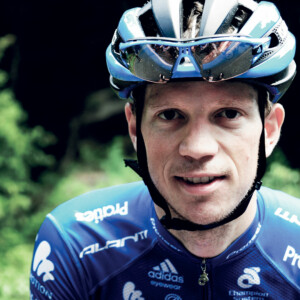