Two 26yo Aussie riders are snapping at the wheels of some of the biggest names of the WorldTour – the ‘Double J’s’ clearly laying the foundations as Australia’s next major GC hopefuls.

So far as Hindley is concerned, the 2022 Giro will have a far happier ending, the West Australian firmly focussed on the top step of the podium this time around.

The First Aussie To Win The Giro Will Be?

With just three stages to go, two in the mountains before the final 17km TT in Verona, Hindley has the potential to be the first Aussie to win the Giro.

With all eyes on Italy over coming days, Jai admits Sunday night’s Stage 20 will be the big one.

“Every second counts and the last stage is getting closer. I think the second last stage will be a very decisive one,” he said.

From Jai Hindley To Jay Vine

Some 2000km north, the other 26yo ‘J’ again finds himself in a similar position – Jay Vine is currently second overall at the Tour of Norway.

Rapidly rising through the WorldTour ranks after winning the 2020 Zwift Academy, Vine has enjoyed a stellar start to his pro cycling career.

This year he replicated his major 2020 feat – 2nd overall at the Tour of Turkey. On Stage 2 of Tour of Norway, he finished second to Remco Evenepoel (Quick-Step Alpha Vinyl) on the queen stage of the race.

Now 2nd overall in the race, Vine told followers he is happy to be a general classification contender and to be second overall.

“The time gaps are pretty big, but you never know what can happen over the next few days,” he wrote.

With Jai second (for the second time) at the Giro, and with Jay second at his latest big race, his analysis seems to be spot on.

With the talented, focused and hungry 26yo Double J’s racing anything can happen and action & excitement are assured. And, along with themselves and their teams, Aussie cycling fans are the big winners. 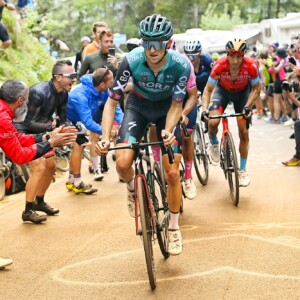 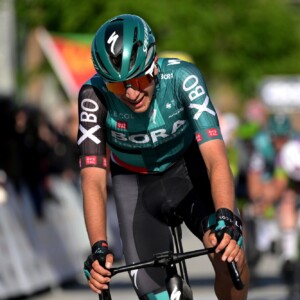