Welcome to our new series, Pro-Files. In this series we will be investigating the favourite training grounds of Australia’s top riders and publishing them for you to ride. In this first of the series we decided that with the Scody National Road Championships approaching, people would like test themselves on the course and who better to talk us through it than current Australian Road Champion and Tour de France rider, Matthew Lloyd. 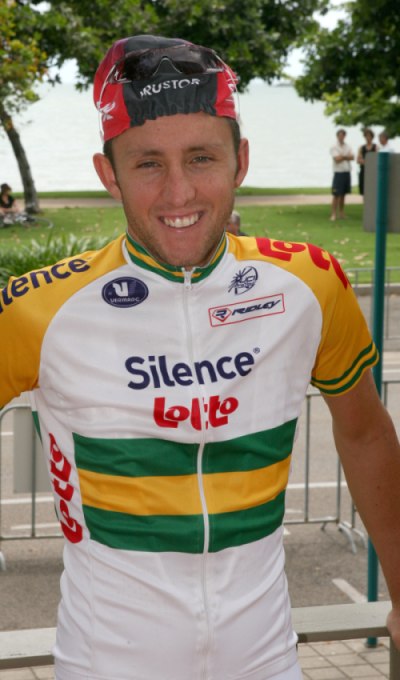 For the third consecutive year, the Australian National Champions will be selected on the testing Buninyong courses. Each January the cream of Australian cycling descend on the Victorian town which is 10km from Ballarat, for the chance to spend the next 12 months wearing the famous green and gold jersey. Previous winners include Matthew Lloyd (2008), Darren Lapthorne (2007), Robbie McEwen, (2005 and 2002), Stuart O’Grady (2003). Previous female winners include Oenone Wood (2008 and 2004), Katie Mactier (2007 and 2001) and Lorin Graham (2005). Former winners of the championships have the right to wear green and gold hoops on their sleeves for the rest of their careers. The path to National Championship glory is a difficult one. The course, at Buninyong is exceptionally testing. It has been chosen because for a rider to succeed on this course they must show endurance, climbing ability and good technical skills during the descent. The loop is 10.2km long and climbs the slopes of Mt Buninyong, an extinct volcano that rises above the Ballarat plains. Right from the word go, the course begins to climb. For three kilometres the road goes up, averaging five percent gradient. This may not sound much, but the elite male riders have to do the course 16 times. The women ride 10 laps and the U23 men ride 12. After the initial climb, the road is flat with some tight corners to be negotiated. You can get undone here because in your head you think that the descent is near. It isn’t, being still another two kilometres away. The descent of the mountain is tight and twisty. To add to the degree of difficulty, the road is lined with tall gum trees, which give it a cathedral like effect. When you drive down it in a car, it’s cool and refreshing after the hot sun. When you’re sitting in the bunch, three abreast at 70kph, it’s a different thing altogether and riders have to take care.

Into the bright sunlight again riders are faced with an immediate left hand turn before a super fast descent to the finish in Buninyong township. A left turn and it’s time to do it all over again. This year the women’s field will be very open with the 2008 champion, Oenone Wood recently retired. Olympic gold medallist Sara Carrigan will also be a noticeable absentee. For the men it is even more difficult. With most of Australia’s top riders having overseas contracts, it is always a difficult decision whether to contest the Nationals or use it as a warm up for the Tour Down Under. Because it is held in January, if you train hard with a view to the win, then you almost have to stop training immediately afterwards. If you don’t you can find yourself tired out when the big European races come around. At the same time, the green and gold jersey is highly regarded in Europe and victory could really help your career. 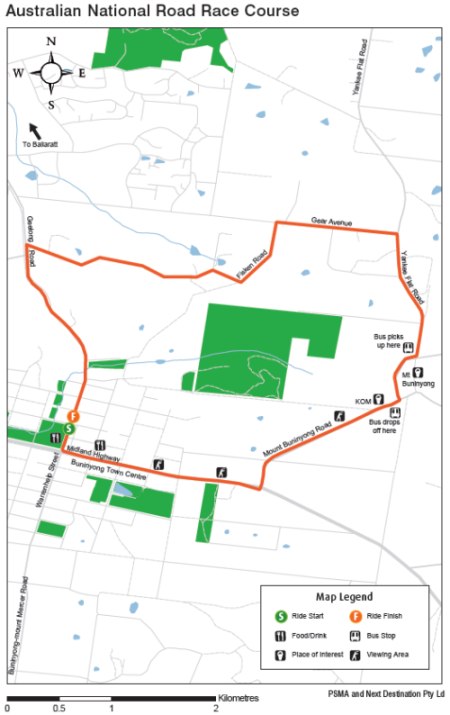 Riding the Nationals With Matt Lloyd

Matt Lloyd won the 2008 Scody National Championship with a blistering attack from the leading group. Matt was the only member of his Lotto team present on the day and was largely unmarked. He slipped away and crossed the line 49 seconds ahead of Adam Hansen and Rory Sutherland. Here Matt tells us his opinion of the Buninyong course and how to win on it. “The course itself, particularly for riders who base themselves overseas is really tough, especially in January. It’s very demanding for guys and girls who need to have form later in the year. None the less, I think the main characteristic of Buninyong is the fact that there are two climbs. If you look at the profile, it’s all part of the one climb, but they can be broken down into two separate sections.

“The first part is just after the start/finish line and you make a left turn up the midland highway. This is always quite interesting in the first part of the race. There’s always lots of guys around and there’s no chance to really be in a position to save energy, because everyone is going the same speed and those first few laps are pretty quick. So given the fact that there’s always going to be breakaway attempts and groups going off the front, that should be a very cautious part of the race. “Normally that kind of gradual climb from the start line, they’re the ones that over five hours, can be very tiring, so you need to be careful.
Then the second part of the climb is when you make a left turn and head up towards the top of the mountain. After you turn, it dips down slightly and then kicks up. That second part is a lot harder.
It’s not a massively difficult climb, it’s just a few more percent than the first part. So for a lot of people, when the pace is on, that’s where you can either make an attack or get dropped, depending on how your day is going. “Following that, there’s another left turn and because it’s open, you can find that conditions get quite windy and people who are hurting after the climb tend to drop back and the bunch splits up. That adds another element and you have to remember that it’s a long time before the descent. Longer than you think. When the descent does begin, it’s quite tight, winding and narrow. It’s often just a single line that spreads out and there are plenty of guys who are trying to gain back position that they may have lost on the climb. So it’s always fast. After that, there’s one kilometre where you can make up position before the lap begins again. 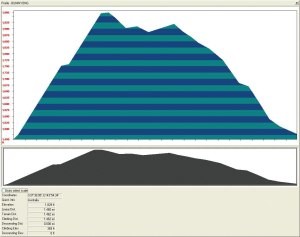 “It’s like a criterium, but on a much longer and higher scale, because the characteristics don’t allow you too much time to save energy. Having raced it two years ago I wasted a lot of energy and I wasn’t paying attention to things that were happening in the race. This can mean the difference between coming first and coming fifth. So, those are the things that you need to have in your consciousness the whole day.  “The best thing about this course is that it rewards patience. If you’re smart about it and don’t lose too much energy, then you may have enough in the tank to reel in the final break. It’s very easy to get over excited at the National Championships and there are lots of moves that you don’t expect. If you’re able to go with those moves and not make them yourself, you’ll probably have about another 10 percent of energy left in the closing stages. “For me in 2008 I was fortunate enough to see people wasting energy on the first climb, which meant they didn’t have it on the second part. A lot of people wait for two laps to go on a circuit like that, but with the guys being a fair way ahead, I didn’t think I had the luxury of waiting that long. So I took a chance and moved early. If you think you’ve got the strength and you’re pretty calculated, well sometimes it works. Luckily for me, this time it did. 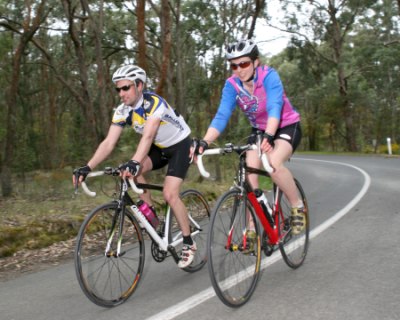 Over 15,000 people come to watch the Nationals each year, with the peak day being the Men’s road race on the Sunday. The atmosphere on both the Saturday and Sunday is well worth travelling for. Buninyong is only one hour and 10 minutes by car from Melbourne. Ballarat, 10km away is also accessible by rail from Melbourne’s Southern Cross Station by V/Line train. There are numerous viewing areas on the road course as well as the time trials. Most notable are on the climbs of the Midland Hwy where it is still a short walk to Buninyong town centre and the steeper climbs of Mount Buninyong Rd. But be aware that road closures are put into place early, so leave plenty of time if you’re bringing your car. If you plan to visit on the Sunday, Davis Bus Lines, will operate bus service during the Men’s Open Road Championship on the 11th Jan 2009.

The bus will pick-up from the service road adjacent to the CFA Station on the Midland Hwy and drop-off at the finish line of the King of the Mountain. The bus will depart the CFA Station after the commencement of the following laps; Lap two, lap four, lap six, lap eight, lap 10 and lap 12. The bus will return to the CFA Station from the intersection of Mt Buninyong Road and Yankee Flat Road after the competitors have past by on the following laps; Lap three, lap five, lap seven, lap nine, lap 11 and lap 13. Many people are finding that Ballarat is a great place for a family holiday at the same time and are choosing to stay for some extra days.. The first thing that people notice when they come to Ballarat is the huge number of gold rush era buildings that adorn the streets. But Ballarat is more than just fine buildings. There is plenty of shopping to be done from fine wool products to antiques from the wealthy past. Gardeners will enjoy the two botanical gardens in the area and there is a wealth of activities for kids. Top of the list is Sovereign Hill, an outdoor museum that recreates life on the Ballarat Goldfields. Kryal Castle is a medieval castle that boasts re-enactments, magic shows and live birds of prey. For a full list of things to do and places to stay log onto www.visitballarat.com.au