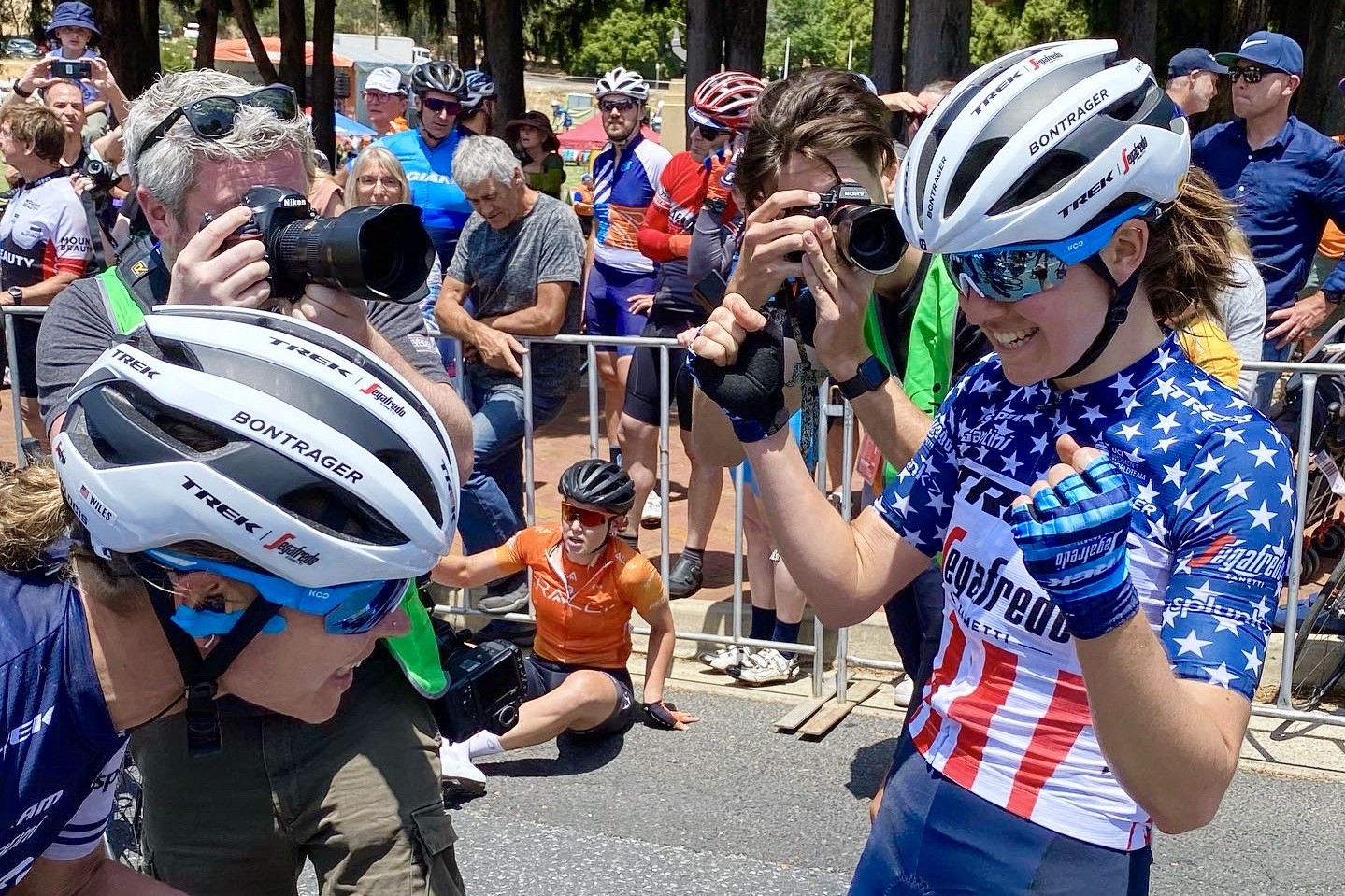 United States national champion Ruth Winder won a tough final sprint and is now overall leader of the Women’s Tour Down Under after a thrilling stage north of Adelaide today.

The penultimate stage started in the country village of Nairne, with unprecedented crowds filling the main street to join festivities and count down the start of the rapidly evolving event.

The route for the day included a first for the Women’s Tour Down Under, a sector of gravel prior to the traditional final circuit finish around the stunning town of Stirling.

The US champion thanked her hardworking teammates and said she was led out perfectly.

“The whole team the entire race was really active at the front covering things, making sure I was really safe until the circuits,” she said.

“It was hard with Mitchelton-SCOTT destroying it on the times pretty much.”

Can she win the overall honour, the 2020 Women’s TDU title?

“Tomorrow it’s a criterium-style race with nineteen seconds on the road of bonus sprints so we’ll see how that goes”, Winder said. “We have Lotta Henttala who came second on Stage 1 and we’ll see if we can get her on the podium again.

“For the GC, we have a very strong team. I have full confidence in them. I won in a sprint today so my sprint must not be too bad. Tomorrow’s finish is pretty flat so it’ll be a different kind of sprint.” 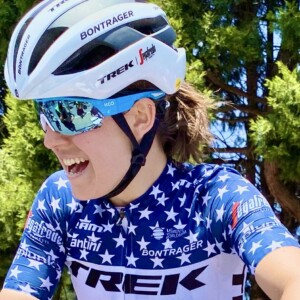