Peter Sagan’s dream run in the lead up to next month’s World Championships continued with a skilful and decisive stage win at the Eneco Tour in Belgium.

Winning the European Championships last Sunday, he was third on Monday, eighth in the time trial on Tuesday and top of the podium on Stage 3 yesterday – Sagan’s sensational form seems endless.

The World Champion took the win after weaving into the smallest of gaps during a fast bunch sprint to the line.

“I think God opened the street for me in the finishing sprint like Moses parted the seas,” Sagan said after the thrilling finish.

“It was fun and I’m very happy to win here. Thanks again to all my teammates as they did an unbelievable job on the last laps and helped me today. For now, we’re doing very well but we’ll take it day-by-day and see how we are tomorrow and then in the team time trial. Sunday is still some way away but for now we’re doing well and we’ll try to continue like this.” 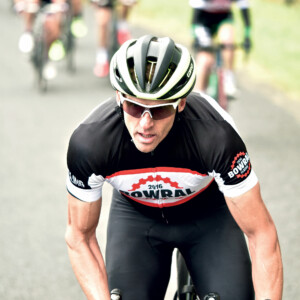