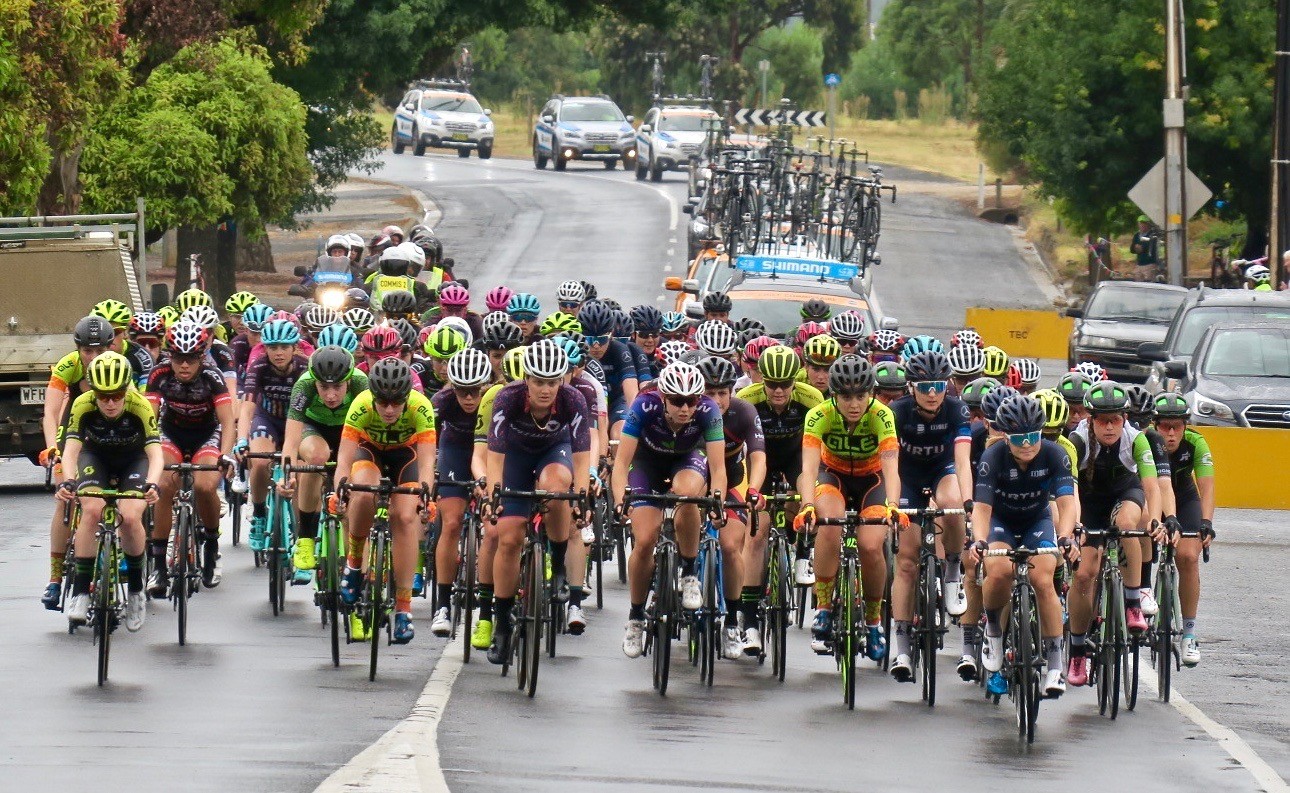 Team UniSA have snatched the lead of the Women’s Santos Tour Down Under after a thrilling day’s racing in the Barossa Valley north of Adelaide.

Katrin Garfoot dominated Lucy Kennedy and defending champion Amanda Spratt in the final kilometres of a rain-soaked stage that culminated on the infamous Menglers Hill climb.

Describing the stage as “definitely harder than yesterday,” Garfoot was clearly thrilled with the victory and Ochre Jersey that came with it.

“They were my team mates last year so I know how strong they are and knew what to deal with on the final climb so I was prepared,” she said.

“I was a bit out of place with ten kilometres to go and my team mates rescued me from the back,” she explained. “They had to ride in the wind to put me in a good position and that worked out really well for the run into the hill.”

“I wanted to start the climb with the best climbers to give me the best chance,” she said. “Spratty and Lucy (Kennedy) attacked over each other so I just had to try and ride my pace and try to ride a harder pace so they couldn’t kick as hard and hurt my legs.

Armed with the invaluable knowledge of her former teammates abilities, Garfoot said she tried to nullify the attacks until the final sprint for the line.

“I know Lucy can’t sprint’ so when she tried to sprint I pipped her,” she said.

Garfoot now wears the Santos Ochre Leader’s Jersey by four seconds from Kennedy with Spratt a further 10 seconds in third.

The Women’s Santos Tour Down Under continues with Stage 3 on Saturday, a 122km stage from Tailem Bend to Hahndorf. 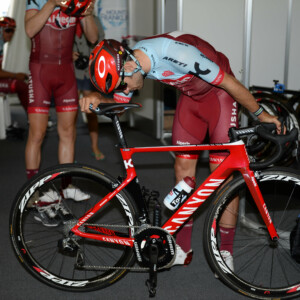 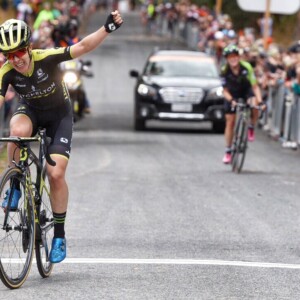