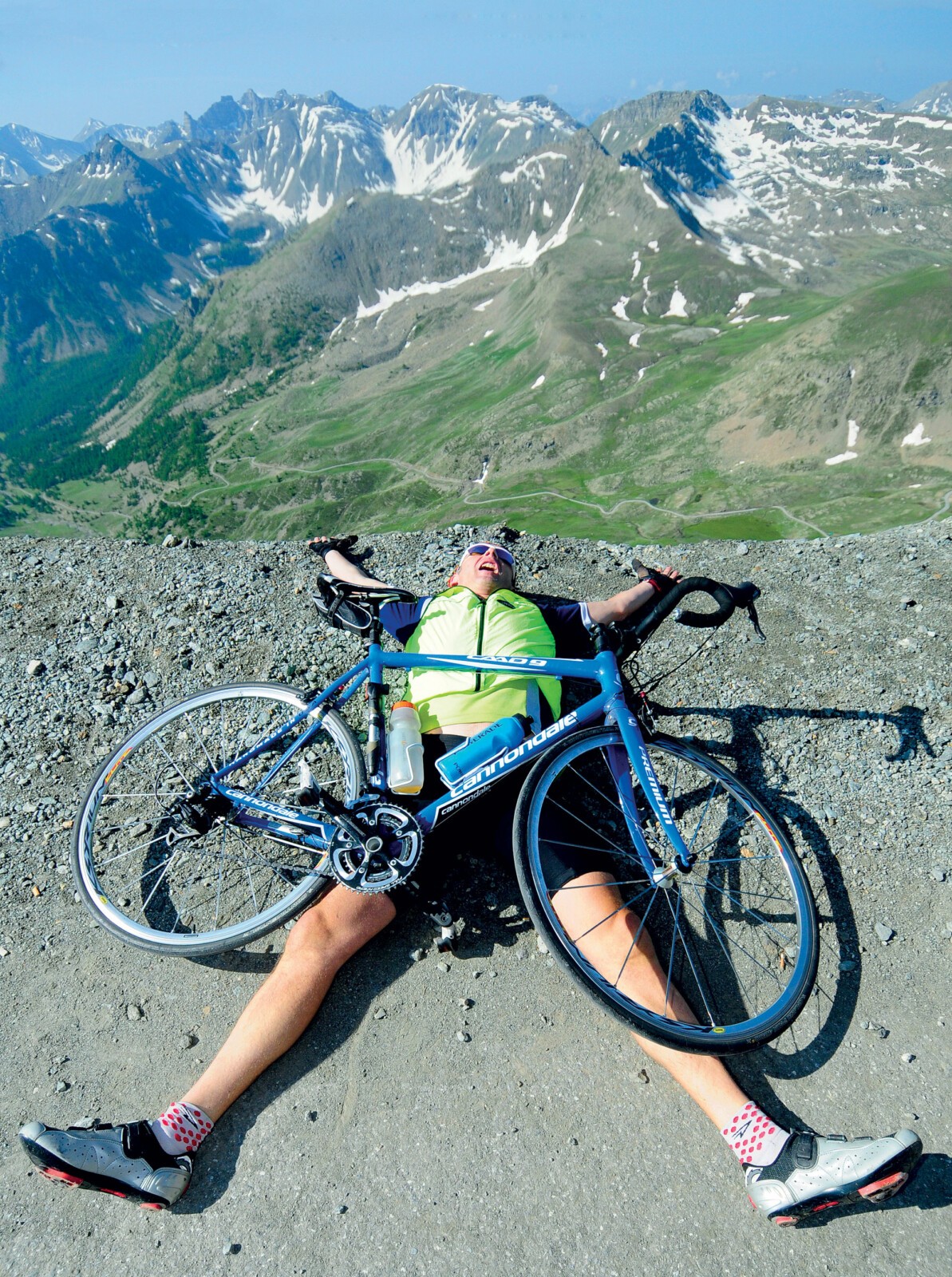 If you have anything to do with social media, the term ‘low carb’ has probably managed to virally infect your feeds. The term has become a cliché used for selling fad diets and so-called perfect physiques. Even if you are not online, there’s a good chance you’ve still been infected walking past billboards, down super market aisles or into your local pharmacy. Low carb seems like some whizz bang new idea social media has miraculously discovered, but sports scientists were actually studying low carb in the 80’s, finally deciding it served little benefit, eventually throwing the idea out. Fast forward 30 years and new evidence potentially shows low carb training, used correctly, may actually be of benefit to your training program, unlike social media. Without clear definition, the term low carb has easily been muddied, worse than your saddle on a wet day. So what is low carb or more formally, low carbohydrate? Put simply, it means consuming less carbohydrate, such as sugars and starches. Now some of you are probably already thinking ‘Low carbs? Are you mad! Cycling and carbs are like roast and gravy!’ and you might be right.

Training Low
Traditionally, fitness bloggers will tell you to have dinner, go to bed, exercise in the morning before eating, then take a picture of yourself in the mirror with only half the bathroom lights on for optimum abdominal definition. They often call it fasted training. Training scientists call it, posing. In all fairness, this type of training is in theory lower carb. You haven’t eaten, so you have nothing to burn except fat right? Well, almost. Sure it’s lower carbs than you normally train with, but muscles can actually store about 45 minutes worth of carbs. Muscles naturally store this carb as a ready supply of energy for moving, living and escaping bears at Whistler. So unless you are doing more than 45 minutes work at the crack of dawn, it’s not low carb at all, especially if you ate the night before. You are just burning the carb stored in your muscles. Sports nutrition guidelines actually recommend that no additional carbohydrate is required for less than 45 minutes exercise, just water. So leave your expensive gels in the cupboard, grab a bottle of water and get out the door for short rides. If you really want to attempt proper low carb training, or what research calls training low, it can be done, but be prepared to actually feel it. Like really feel it. You will most likely not want to take a selfie afterwards and post it on social media. You will more likely lie on the ground and pray it was worth the effort.

Now before I go any further, this is something that should be used sparingly for specific training adaptations. It does not replace normal high carb training, as many would have you believe. Always training low carb can actually reduce your ability to burn carbs, not a great plan for race day. So, here goes. Wake up, don’t eat, and go for a fairly intense ride longer than 45 minutes, consuming just water. This way you can be pretty confident you have burned all the carbs stored in your muscles. Now when you get home, refuel but with minimal carbs. Take on some protein, but not sugars and starches.

Don’t eat bread and jam, and go easy on fruit, it is high in fructose, another carb. Give yourself a few hours to recover with minimal carbs, now get back on your bike again and go for an intense ride, with just water. Even try the same route as earlier.

Now you are riding very low carb. With minimal carb in your muscles, and little carb in your stomach, your body has no option but to look for other fuel sources, such as fat. Remember, carbs are a quick fire energy source; fats can take a little longer to kick in. You may notice you are sluggish or lacking stamina. It is not all in vain. What you are attempting to do is force your body to become more efficient at burning fat.

Fat Burning
Now it needs to be cleared up that when the term fat burning is used, we are not talking about seeing your abs become more defined, thanks again social media. This may occur but we are actually referring to your body’s ability to more efficiently burn fat stores, from anywhere, including foods you consume. The benefit of increased fat burning efficiency is not so you can ride on fats alone, for most people that just won’t cut it. Sure there’s that one person at the office that only rides on bacon and kale. Let’s be honest, they’re an exception to the rule, and quite frankly they scare you a little. Your body can actually fluctuate smoothly between fat and carb burning depending on intensity and fuel available during your ride. The threshold where it crosses over is one area to theoretically benefit from low carb training, as shown in Figure 1 below. If we can move the threshold further to the right, the body could potentially burn fat stores for longer, sparing much-needed carb for those tough climbs.

Your body will primarily use fast burning carbs where possible, which scientists still see as the ideal fuel source for races.

However, when you charge up that elusive ascent for an extended period, the body may transition back towards fat burning, as carb supplies get low. The more efficient you are at fat burning, the easier the body can transition. Your body may also be able to burn fat longer as it becomes more efficient. Once you gulp down some carbs at the summit, the body will start switching back to carbs again, especially as the pace resumes. Well, this is the theory anyhow. Science knows the body shifts between fats and carbs but as to whether low carb training improves overall efficiency, the jury is still out.

The Low Carb Training Plan
When designing a training plan around low carb, high carb or a mix of both, the critical factor is that it needs to be tailored to the individual. No two people function the same, even using the same nutrition plan, and that’s exciting! Some of you are possibly not interested or not ready to attempt even mildly low carb because what you are doing is working and that’s okay.

Others of you will jump off the deep end, attempt low carb all the way, start a blog and make a career posting photos of coconut water based drinks you don’t actually consume. Ultimately, I personally believe a mix of both high and low carb training is most likely to bring the potential adaptations discussed. The right mix will vary immensely from person to person depending on current fitness, training load, genetics and fat burning threshold, most of these only measurable in a lab anyhow. So don’t expect your results to match those of Pete from accounts or that of social media. Use a little careful trial and error and see what works for you, and adjusting accordingly. To some degree, this is as far as the evidence currently goes.

The main thing is to be sure to load back up with carbs leading into any races you enter.

Carb Rinsing
An interesting concept to throw into the low carb debate is emerging evidence that rinsing the mouth with carbs sets off a whole chain of neurological and performance benefits. It has been shown mouth rinsing, for example with sports drink, whilst the body is in a low or high carb state can actually improve overall performance, more so in a high carb state. Carb mouth rinsing potentially increases short-term power output, reduces bodily pain and improves mood during exercise. The blossoming argument here is that if the body responds to merely the presence of carbs in the mouth, without swallowing any, clearly carbs must be important. Some would argue this points towards low carb training being a waste of time. I would argue this points towards how amazingly adaptive and responsive the body is.

A Word of Caution
Research papers looking at low carb, fat burning efficiency, still show little evidence it provides benefit to endurance athletes. Consistent, longer-term use of low carb or very low carb training in cycling studies generally resulted in poor power output when high-powered sprinting was required. Not something you need in the final stages of your local tour when Pete from accounts is just in front of you. Worse still, excessive low carb use in sport can result in increased ketone bodies in the blood. Ketone bodies are a by-product of fat being burnt. In small amounts these are a safe, normal response to fat burning.

However, if you attempt to train low carb for weeks on end, ketone bodies can gradually build up to toxic levels, known as ketoacidosis. Now you have a medical emergency on your hands and potentially the only ride you’ll be taking is in the back of an ambulance. Always consult your doctor before choosing this kind of training plan for the long term.

Final Thoughts
If you’re still somewhat confused by the evidence for and against low carb training, you are not alone. Scientifically we still don’t completely understand low versus high carb training properly either. It may even be years before we come to a conclusion, so be cautious of anyone claiming they have the answer. In the meantime, if you are curious, pop on a white coat and do some science of your own. Try a few low carb training days, over a period of weeks outside race season and see what happens. Best case, your performances will improve. Worst case, you might have more defined abs to post on social media. 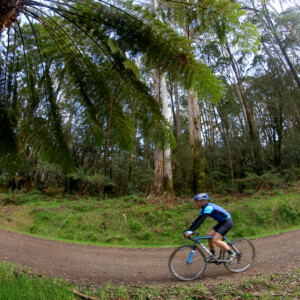 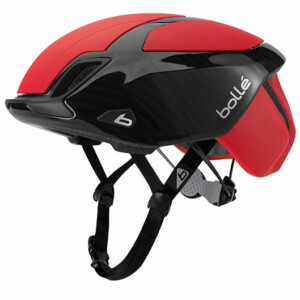