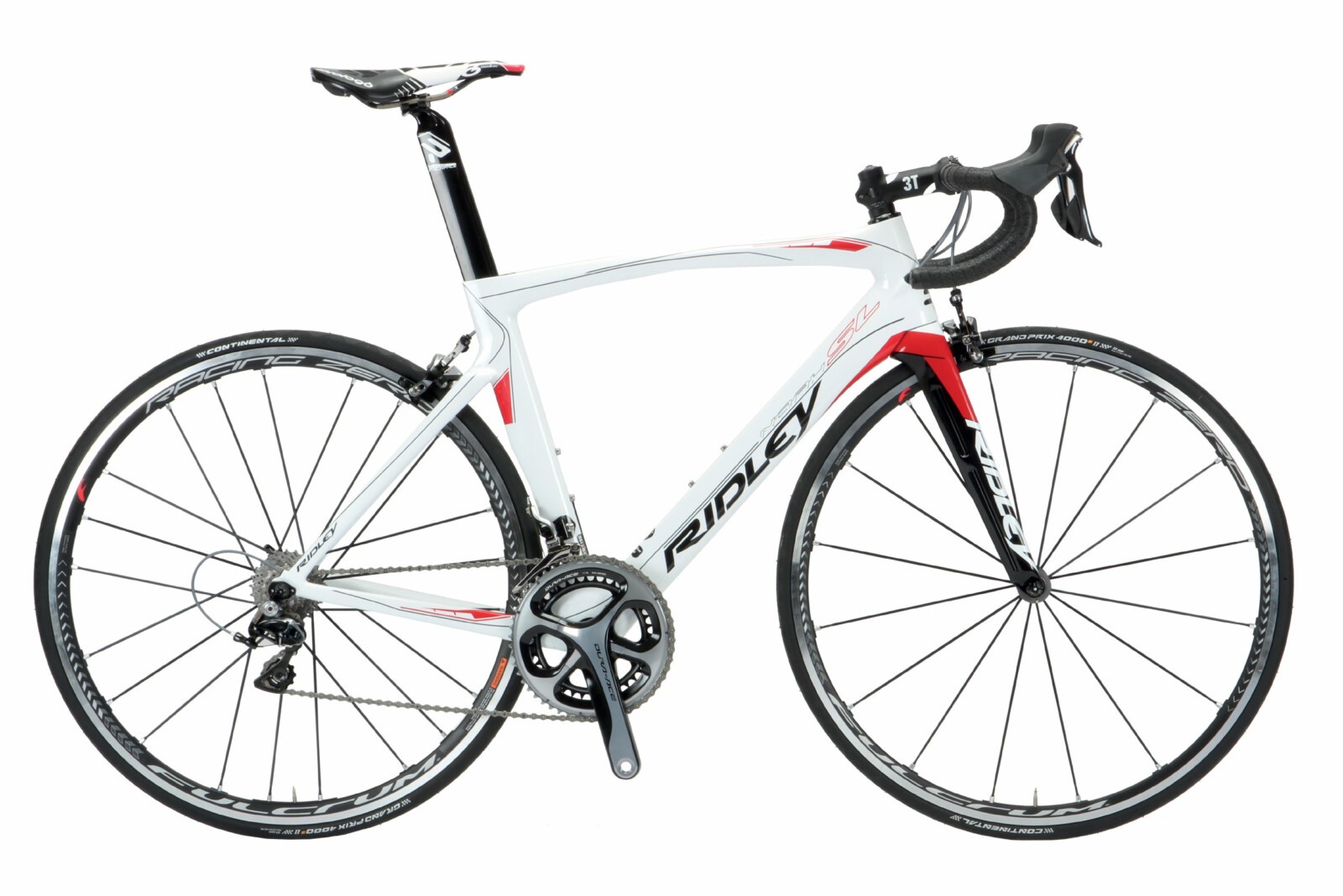 Not the man delivering animals two by two from a global flood, but rather the bike regularly delivering Greipel to the finish line in front of a flood of competitors. Ridley have been producing the Noah framesets for quite a few years now, they have always been a no compromise sprinter’s bike, with large tube sizes, dedicated aerodynamic design features, a very stiff and strong build with the hefty weight to match. The Noah SL diverges somewhat from this mould attempting to drop some weight and gain some versatility without losing the race winning edge which the stiff and fast frame has delivered in the past.

The changes applied to the Noah SL include returning to conventional braking as opposed to the integrated brakes seen on the Noah FAST model. This is reportedly in-part due to the increased use of wide rims within the pro peloton. The wider rims are largely incompatible with the limited space afforded by the built-in brake units. The Noah SL returns to a conventional seat post (secured by a wedge style single bolt actuated clamp), allowing for more adjustability and ease of travel. The final change is the dropped weight. As the SL implies (super light, perhaps), the frame weight drops below 1000g. This figure does not sound too impressive compared with some of the featherweight options on the market today, however, for a sprinter’s bike the weight is quite admirable especially considering previous Noah models had been several hundred grams heavier.

Many key attributes of the Noah Fast models remain. The patented “F series” of technologies including the split fork and f-surface technologies are used. The split fork is designed to reduce the amount of airflow directed towards the oncoming spokes of the front wheel, thus reducing turbulence and drag. The f-surface feature is visible mainly on the downtube and seatpost. Utilising an indentation on the leading edge of the tube, the design intent is to strategically disrupt the airflow improving the overall airstream around the remainder of the profile. Ridley’s own testing shows that in isolation, drag reductions of 7% and 4% respectively are achieved using these technologies. However, when considering the amount each of these components would contribute to the overall drag of a bike, the net improvement would likely be inconsequential. Still, it is all about marginal gains these days. Lastly, like more and more of the current crop of frame designs, the seat stays are more compact, meeting the seat tube at a lower position, thus reducing drag whilst minimising loss of ride quality and stiffness.

This could all sound like a lot of marketing spin, and for good reason. These stories of reduced weight, good stiffness and improved aerodynamics all whilst maintaining ride quality are what sell bikes. But not without merit, they are valid goals and ones which it seems Ridley has managed well with the Noah SL. To look at, the frame seems much more hefty and solid than the overall 7 kilo weight suggests. However, once riding it, the ride quality and fantastic handling were immediately apparent. In fact it wasn’t the aerodynamics nor rigidity when sprinting which were the standout features. They were certainly good, in fact probably more than good. But let’s be honest, unless you’re doing a 45 kph time trial or jumping off Greg Henderson’s wheel at 65 kph in an all out sprint, your ability to pick up these differences ‘by feel’ is likely more in your mind than on the bike. The road feel and handling of a frame, these are the things we can readily pick up as riders and the Noah delivered them well. During this review the bike tackled a large variation of terrain and riding situations, from 100km state open races to 45km club races, local crits, cruisey bunch rides and long climbs. The Ridley felt at home in all these situations; handling rough road surfaces with similar panache to sprinting out of tight corners during an early morning unsanctioned criterium.

Not all the credit for this great ride can go to the frameset. Well selected componentry contributed hugely to what was a very complete and well integrated package. The componentry chart doesn’t read like an A-list of superstars. No deep dish carbon, electronic shifting or even carbon bars. Well selected components were included though. The Fulcrum zero wheels seemed solid and stiff but weigh in close to 1400g, coupled with the ever reliable Continental GP4000s tyres they more than adequately did their job in a range of conditions. The 11 speed Dura Ace 9000 mechanical groupset was a standout. It seems that electronic shifting is taking over and cable shifting has become the dorky little brother. Well, with dura ace 9000, the dorky little brother just got cool. The shifting was light, yet crisp and delivered consistently. No dropped chains, easy and confident changes between chainrings, the 9000 seemed to do just about everything that big brother Di2 can. Except auto-trimming, but even this was simple and effective. What cable based shifting delivers, that electronic systems haven’t managed yet is haptic feedback. That is, the sense of connection, the feel you get as the mechanism releases and the indexed shifting clicks over between notches. Somehow, this still seems to connect the rider to the bike in a way that electronic shifting can’t emulate. Or maybe I’m getting old. Either way, the latest release by Shimano is very good. The only gripe with the Shimano system was the 9000 series cassette, they seem to consistently be noisy when in the bigger cogs and under load, it hasn’t proved problematic, just noisy.

Another standout, were the 9000 brakes. The stopping power and modulation of these calipers combined with the Fulcrum wheels was simply superb and very much begs the question why you would want to ride disc brakes when simple rim brakes perform this well.

The Prologo Scratch 2 saddle works well and is a proven performer. The CPC (connect power control) or in laymen’s terms ‘grippy rubber bits’ (GRB) on top of the saddle claim to do a whole bunch of things. Whether they reduce fatigue, improve recovery, and solve world poverty is anyone’s guess, but they don’t hamper the saddle comfort either.

All in all, Ridley’s revision of their Noah frameset into the Noah SL has delivered a fast and confidence inspiring bike, one which, matched with quality and no fuss componentry transforms itself, surprisingly, into a bike which could be described without exaggeration as an all-rounder.

Performance:
From what had been known as a rigid and uncompromising sprinter’s bike, the Noah SL has evolved into a bike which offers a great level of all round performance. Dropped weight, conventional brakes, appropriate compliance and aerodynamic design all combine to create a bike which performs with agility and precision under a range of racing and training conditions.

Value:
The Noah SL is by no means a cheap bike, but a high quality frame matched with Shimano Dura Ace 9000 and Fulcrum Zero wheels mean that the $7k price tag is appropriate for the level of quality and performance delivered.

Overall:
The Noah SL is a very complete bike. Andre Greipel has raced and won with it this year. Yet it performs well on climbs and tight circuits too. The Dura Ace 9000 groupset is superb. The Noah SL could be described as a surprise all rounder. It will equip the racer or competitive rider with everything they need except excuses. 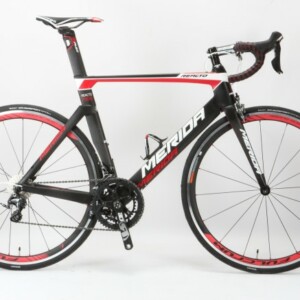