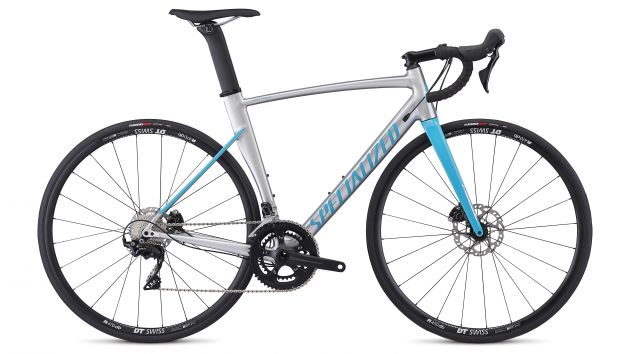 It has earned a solid reputation as the ‘goto’ crit bike of those in the know and is now available in disc brake configuration, Specialized have released details of the Allez Sprint Disc.

According to Specialized – and no doubt the many Allez Sprint owners and fans out there – the bike is perfect for everything from high-speed crit racing to training to everyday road riding.

“Disc brakes make it better,” Say Specialized in the launch notes. “That’s because they bring better stopping power, more modulation, and more control to your ride. And when you combine that with the durability, aerodynamics, and ride quality that the Allez is known for, you get something pretty special.”

Apart from the addition of the flat mount disc location points, the Allez Sprint remains much the same. There’s the Smartweld frame, which places more welding material where it’s needed, resulting in more compliance and a stiffer frame. There’s also the frame’s unique down tube styling plus full carbon fork sizes that correspond with frame sizing.

While in Girona, Catalonia during August 2017, Bicycling Australia caught up with young Sydney rider and proud Specialized Allez Sprint owner Tom Bolton. You can take a look at Tom’s pimped Allez in this video.