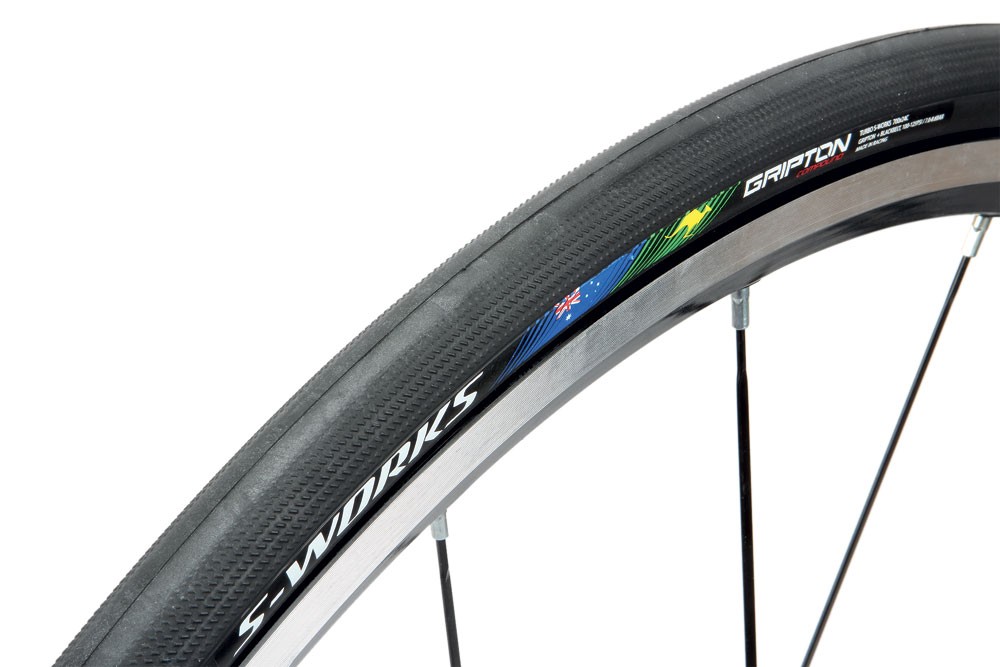 That feeling you get from ripping along on a road bike when all the individual parts are working together as a whole – that is one of the things that first attracted me to riding and it keeps me doing it now. Conversely an average bike can feel very good with great tyres. And with all of the accelerating, braking and turning resulting from the tyre contacting the road it is obvious that the tyre plays a huge role in developing this feeling.

I have had the pleasure of testing several really good tyres recently. Without extremely precise lab instruments there is no way to measure the exact benefits (such as rolling resistance, outright grip or puncture resistance) of any particular tyre. I know from having ridden on literally a hundred different tyres that they easily fall into two categories: the good and the rest.
Specialized has a long history with the Turbo tyre – it was amongst the first clinchers available that were good enough to get riders off of singles back in the 80s. There have been numerous variations of the tyre since that time, but it was then and remains now at the forefront of racing rubber. Braking, turning, climbing and getting up to speed all feel great on these tyres. Make no mistake, these tyres are good ones.

Mounted on my wide clincher rims the Turbo measures right on the nominal 24mm width. Claimed weight is 205 grams, not the lightest but very competitive for a tyre of this width. I liked the look of the tyre too; with an Australia-specific kangaroo and flag icon on the review pair as a nice little extra touch. The branding on the tyres is very low key so putting them with a non-Specialized frame won’t attract undue attention. A slick centre ‘tread’ is surrounded by a light file tread pattern. “Made in racing” on the sidewall proclaims the intentions of these tyres. One must pay attention for the single occurrence of a small rotation arrow as these do have a preferred direction.

I have been guilty of running a tyre down until I could see the threads of the fabric that sit under the tread. No excuses for that behaviour with the Turbo because it has two dimples in the tread that vanish when it is worn out. While I didn’t ride these tyres long enough to get any idea about longevity, very seldom has a race tyre not lasted around 3,000 km on my rear wheel and I expect similar results from the Turbo. Specialized refers to the rubber compound on these by the name of Gripton, and it is used on a variety of their tyres. Claimed benefits are low rolling resistance and high grip with a good lifespan.

The 24mm width is a good one for pairing with most wide aerodynamic wheels as, in general, most deep rims have their best aero with a tyre this size (strictly speaking it is with a 23mm tyre, but I compared the Turbo 24 to three other 23s in my garage and it was actually a tiny bit narrower than all of them). An almost identical tyre is available in a 26mm width (reviewed separately in this issue) for when ultimate aero efficiency is surpassed by the requirement for comfort.

As I expect from any top model, the S-Works Turbo tyre did everything right. Sound is an important part of my riding experience, and the Turbo even made ‘fast’ noises. In short the tyres are grippy, zippy and sing. 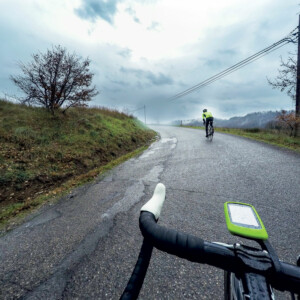 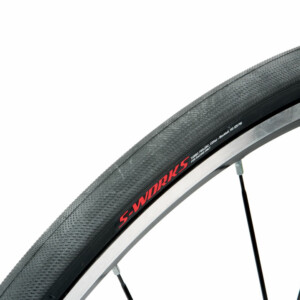