The swathe of new wheel and tyre offerings on the market might suggest that tubeless road is coming of age. However for many cyclists the jury is still out. Michael Hanslip has been riding the new Ksyrium Pro and  Yksion UST package  for this review.

Mavic now sells wheel ‘systems’. If you buy a set of their wheels, they come equipped with matching tyres.  It makes the shopping experience that much easier (pick some wheels, don’t worry about tyres) and, because Mavic puts as much effort into the tyres as the rest, the results are consistently good across such diverse disciplines as road, gravel and MTB.
UST (Universal System Tubeless) is Mavic’s label for tubeless, both on road and off. The mountain bike side of UST has been around for many years, but the road versions are new.

Everything required was in the box: two wheels, two tyres, two valve stems, two tyre levers, one valve-core remover and one bottle of tyre sealant.

The traditional tyres for racing are tubulars. These hand-made tyres have the tube sewn (or vulcanised) inside the tyre body (hence their other names of sew-ups or singles). Punctures are difficult to repair. The tyre is glued to the rim with a liquid adhesive or a double-sided tape. So even replacing a tubular tyre is a lengthy exercise.
Clinchers have lower rolling resistance than tubulars. This is primarily due to the energy absorbed by the glue in between the tubular tyre and rim. Clinchers, however, are unsafe to ride once punctured – the tyre almost always comes off the rim unless you ride very gently. Repairs can be done roadside in only a few moments, so there is little reason to continue riding a flattened clincher.

Tubeless provides perhaps the best of all choices in every regard. They have lower rolling resistance than even great clinchers (thanks to the lack of hysteresis between the tube and tyre found in clinchers). With sealant inside, they can repair small- to medium-sized punctures as you ride (sometimes you won’t even know you got a puncture).

And if all else fails and the puncture doesn’t seal, it was either because you let the sealant dry out (so it is ineffective) or because the hole is large enough that you ought to replace the tyre anyway. Plus, you can always stick a tube in it. The bead retention ledges in the rim tenaciously hold onto the tyre beads, so riding them flat is also much safer than a clincher.

Installation was simple. I had been using the wheels for last issue’s racing tyre buyer’s guide testing, so I had to install the valves as a first step. UST rims work fine with tubes, but changing is more difficult than it needs to be because of the tyre retention ledges in the rim. After doing it more than 10 times, it became easier but it never got to be as fast as a non-tubeless rim.

I installed the tyres the same way I install tubeless mountain bike tyres: install one bead fully and then the second one most of the way around. This leaves a small gap into which the sealant can be poured without having to squeeze it through the valve stem (with the valve removed). I am glad I did it this way because the Mavic sealant is aggressive at blocking leakages. I couldn’t get much sealant out of the bottle before the sealant sealed the bottle. With around 30ml of sealant in the tyre, I carefully installed the remaining bead – which is much easier without a tube inside.

Inflation of the tyre was trivially easy. A few strokes of the floor pump saw the tyre take up a good seal with the rim. A few more strokes brought on the first of (usually) four ‘pop’ noises as the bead moved onto the retention ledge. The final pop usually occurred at 70psi.

The Yksion UST tyres use a rubber compound called Storm11. This is the same compound that Hutchinson uses on their top racing tyres – and it turns out that Hutchinson makes the Mavic UST tyres. Unlike the Hutchinson tyres, the Mavics have quite an extensive tread. And unlike Mavic’s tube-specific tyres, the front and rear are the same tyre (though the directional arrows encourage you to run them in opposite directions).

The Ksyrium wheels
The wheels by themselves are good wheels (remember, I ran them with at least 10 different tubed tyres before trying tubeless). They feel light and fast. They look pretty bling with one yellow spoke and some matching yellow stickers on the rim. I normally run carbon rims in my race bike, so I had to go out and purchase some alloy-friendly brake pads for these rims.

Despite being soft enough to absorb bumps they were supportive enough to make high speed corners feel good. The more I ride these tyres and wheels,  the more I like them!

That meant brand new pads on brand new machined rims. The result was amazing braking from the very beginning.
I set a few descending PBs during my tyre testing. I suspect that on the given descents I would have achieved a PB with any of the race tyres installed because it was the braking confidence that created the PB (rather than the specifics of the tyre). Compared to pretty-good carbon braking, I could brake later and harder on these.

The wheels felt quite good in the aero sense. Not as fast as my own wheels with 60mm deep rims, but they held high speeds easily. They were laterally stiff. No rubbing or other issues to report (and at 90kg, I tend to induce such behaviour in susceptible wheels).

The hubs roll well and feel incredibly smooth. These have the latest Mavic freehub design too, which promises greater durability than the nylon bushing they used to use and more rapid engagement as well. I thought the freehub mechanism was very quiet (not silent, but unobtrusive). I also like the Mavic skewers very much. They have a predictable, positive action and hold the wheel well.

I have been a fan of mountain tubeless tyres for years. But after only one ride on road tubeless,  I was sold.
I had a real sense of smoothness. The Yksion UST tyres (at 90psi) rode over rough roads very well. Despite being soft enough to absorb bumps they were supportive enough to make high speed corners feel good. The more I ride these tyres and wheels, the more I like them! 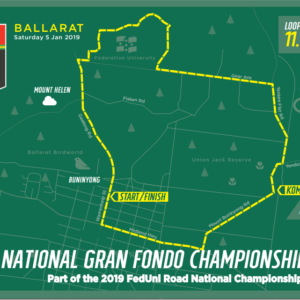