The Cadel Evans Great Ocean Road Race has secured a 1.HC classification from the UCI in only its second year running.

The classification will allow 14 UCI WorldTour teams to race in 2016, an increase from 8 when the event was held this year.

A 1.HC classification is one category below UCI WorldTour, which is the highest level possible in world cycling.

The 174km one day race is inspired by the European “Spring Classic” and is the first of its kind in Australia. Named in his honor, the race passes through Cadel Evans’ home town of Barwon Heads, followed by a scenic route on the Great Ocean Road past the iconic Bells Beach before heading back to where it started in Geelong for a few circuits of the city.

The status of the race was confirmed when the UCI Management Committee met at the UCI Road World Championships in Richmond, Virginia last month.

“It is a tribute to the success of the inaugural Cadel Evans Great Ocean Road Race and is a vote of confidence from cycling’s world governing body that the event has been granted 1.HC Classification in its second year.

“We look forward to hosting even more UCI WorldTour teams and introducing some of the world’s best cyclists to one of the most spectacular courses in world cycling.” 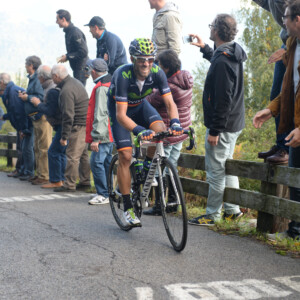