Lee ‘Hollywood’ Turner spends a fair amount of his life in the bunch. Here are 10 of his more upsetting observations.

With bunchies back in full swing, I think it’s time to go on another rant and examine the things that make me angry in the bunch. Sure, some of the following is slightly tongue-in-cheek, but bunch etiquette is critical and a very important part of safe, civilised and successful cycling. So here goes.

How hard is it to ride side-by-side with someone without being half a wheel ahead the whole time. I won’t name names to protect the guilty, but my friend Chris (his real name) cannot ride side-by-side with you. It’s got to the point where no one wants to be on the front with him. You start at 30kph and by the time you yell at him you’re up to 40 trying to keep up.

Whenever someone is riding next to Chris we call it “the short end of the stick”. We know the poor innocent person is about to cop some severe half-wheeling or, even worse, a half-bike-lengthening. Chris will end up half a bike length ahead thinking everything is OK. My simple tip is this—when riding next to someone, keep the same speed and make sure you’re side-by-side, shoulder to shoulder, with the wheels even. It’s not hard…it just takes a little concentration and self-awareness.

We all know this one: you’re in a bunch and everyone is rolling smooth turns, then there’s this one person who, when they roll through, puts a gap of a metre or two on the rider in front. This causes the rider behind to have to dig deep to get over the top, stretches out the rolling line and invariably slows the bunch down in the long run.

When it’s your turn to roll, it’s not a competition to hurt everyone else and show them you’re stronger. It will only show you’re a flog who doesn’t know how to roll properly. The smoother and steadier the bunch rolls, the faster it goes, and the longer it will roll for. If you roll to the front and are left to hang out to dry for a while, that will tell you you’re doing it wrong.

The difference between the rolling line and steady line should only be about 1kph.

This is the person who is also known as the eternal shadow. You roll past and say hello; they say nothing back because they are creeping. Then they speed up to ride your wheel without offering any assistance.

They remind me of a parasite that hitches a ride and offers nothing in return. It’s fine to sit-on, as we do, but it’s not that hard to say hi and ask if it’s OK.

It’s not OK to say nothing then try and sprint past after sitting on for the past 10kms. Parasites will also come on a long ride, offer little help, and be the first to attack up a hill or sprint to the imaginary finish line at the finish.

Everyone has a friend who is the pain in the group. They ask a million questions before the ride. They want to know who’s coming, what the speed, what’s the route, where are the stops, are there regroup points etc. Then once rolling they want to change the route, have unscheduled stops, they complain, then ultimately turn early. And if they puncture they won’t have any spares. Bunch riding’s not that hard—don’t be a pain.

Every group has one. No matter what time you set, this person is late every time. Turning up with a 7 Eleven coffee in their hand thinking nothing’s wrong. Unperturbed that the fact everyone is on time and has been waiting around in the freezing cold. They then proceed to sip their coffee and tell everyone to hurry up and let’s go. My tip: arrive 5 to 10 minutes before rollout.

This is even worse than being late. It’s the person that begs you to go for a ride when you are tired and in need a rest. Like a good mate, you set the alarm, get up and go…and they’re nowhere to be seen. If you’re lucky, you’ll get a text with an apology on the way to the meeting spot with something soft like, “Sorry, I’m tired,” or “I don’t feel well”. These people are soft, frustrating and really P*** me off.

I have mastered the fine art of being near the front but not on it. I’ve also made sure I stay out the way of the other riders putting in the work.

What about the person who doesn’t use deodorant and cruises through the bunch with an almighty stench.

If you are caught behind, you almost need to vomit because of the smell. What’s worse is the spitter or nose blower who has no spatial awareness and sends a snot rocket hurtling at the riders behind.

The right thing to do is pull out of the line, make sure no one is behind you, put your head down, angle the rocket launch to the ground, and fire it. Alternatively, drop to the very back, make sure it’s clear, and let it rip.

This rider does it easy and wants to have a full-blown conversation while you’re trying to concentrate as you’re climbing a hill. You are doing it tough, and they just won’t shut up.

You’re looking for peace and quiet and they want to talk about the lack of Rapid Tests. Or about how they should have won “C” Grade three weeks ago if this happened and this didn’t happen. Or how they’d be in A Grade if they didn’t work full time or have that new baby. No offence, but no one cares.

Admittedly, I’ve been accused of this one, but I’ll argue against it. This is where the person in front of you gets up suddenly and throws the bike backwards as they start to climb or accelerate.

This can cause their back wheel to go into your front wheel—if this happens, chances are you’re going down.

Another notable mention is the person who doesn’t point potholes out, parked cars and other hazards. A safe bunch is a bunch that communicates what’s going on in and around them. Whether it’s pointing something out, sticking a hand up if they’ve got a flat or need to stop quickly, it’s all about being predictable and letting your fellow riders know what is going on.

All jokes aside, safety is the number one thing when we are out there on public roads doing what we love, so it’s important to be safe and predictable and look out for each other. A good ride
is a ride where we all make it home safely.

Your thoughts? Have your say in the comments section below. 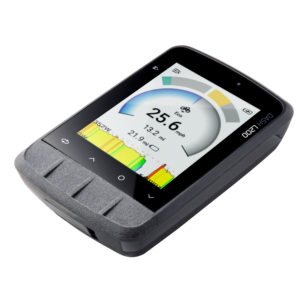 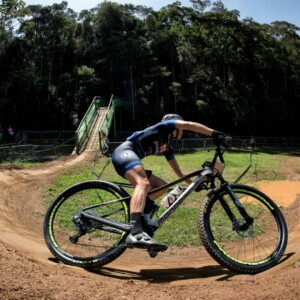