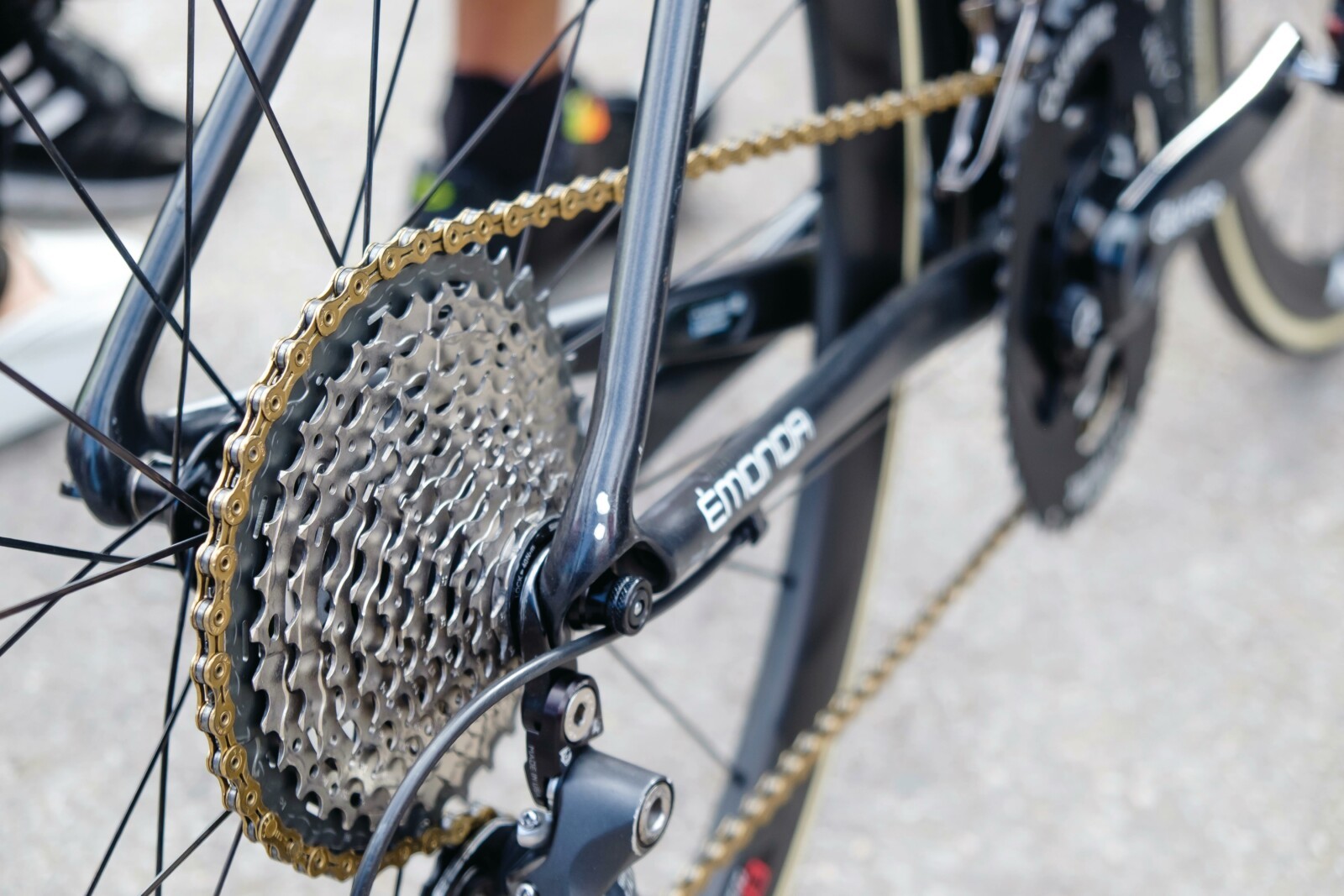 Tales of less friction and more speed have been whispered around for a while now, but we enlisted David O’Reilly to give us the good oil on chain wax.

“Immersive waxing simply cannot be beaten for all conditions of riding. It resists friction increases from contamination better than any other lubricant available.” That’s Adam Kerin from Zero Friction Cycling and he is not a fan of friction. Adam has independently tested numerous lubricants for thousands of kilometres under real-world conditions.

In a super competitive world where power is king, precious watts can be the difference between standing on the podium or watching the ceremony from the bleachers. Countless dollars are spent every year fine-tuning position, buying lightweight bikes and testing aero helmets, not to mention the hundreds of solitary hours spent grinding away on smart trainers, all in the pursuit of watts. However, there is one component on every bike that is seldom attended to in the quest for watts.

At a cadence of 90 rpm, the chain suffers over 30,000 link movements a minute, each movement containing six distinct metal on metal surfaces requiring lubrication. That’s close to 200,000 grinding metal interfaces per minute! Applied correctly, wax can provide four friction free watts, which is easily enough to drop mates over the length of an alpine climb. As the hardest working mechanical component on a bike, and one that is completely exposed to the elements, chains are the largest ongoing running cost, adding double the amount of friction of all of your other bearings combined.

A waxed chain can bang out up to 20,000km before needing replacement, whereas regular lubricant will grind out 6,000km at best. That’s the cost of three new chains.
“To be honest, as a retailer claiming to sell the lowest friction lubricants, I needed to see the results myself and couldn’t just abide by the gaping hole between proper testing and manufacturer claims,” states Adam. As consumers, we have little choice but to trust the claims companies provide. “So using an industrially motorised Tacx Neo smart trainer to control load and distance, I trialled no contamination, dry contamination and wet contamination over thousands of kilometres.

Regular lubricants become contaminated from kilometre zero, even when riding your smart trainer indoors. Just shine a torch at the night sky and see how much contamination floats through the beam, that’s all going into your chain.” It’s the inside that counts. This can only be resolved by removing the chain and giving it multiple agitated baths in a solvent to flush the chain clean, then re-apply lubricant.”

Unlike regular lubricants, wax resists contamination in the first place and each time the chain is re-waxed it removes almost all the minimal contamination it has absorbed. “Dry lubricants look clean, which is appealing but are typically rated as some of the worst performing chains for friction due to the gritty, tacky lubricant they leave behind once the fluid component evaporates.”

Wax chains always look brand new and fantastically clean but all the internal parts now hinge on wax, leaving grinding metal out of the equation. “It takes a few minutes more to re-wax a chain, but as there is no drivetrain cleaning maintenance after it is done, on balance waxing saves time. For people who do regular maintenance, especially those with multiple bikes, waxing saves a lot of time.” says Adam,

“People are hesitant to switch to wax as it means removing the chain every re-wax, and often they have never removed a chain before. Using master links makes it easy, and once they have done it a few times it becomes simple. The waxing part is actually very easy. Once you know how to turn a slow cooker on to low, you’re almost there! Then it is simply a matter of swishing around the chain once the wax has melted, and hanging it out to set.

The chain will set quite solid, imagine something like cooled candle wax, so before riding you just break the set wax on the links and pop the chain back on. So let’s say it takes a bit over a minute to pop a master link chain off, then add a couple of minutes to melt the wax, swish the chain around and hang to set. Finally, a couple more minutes to break waxed links and pop back on the bike. Total labour time to re-wax should be four to five minutes.”

Initially Cleaning  The Chain
This is the most critical step when adopting chain waxing. If a chain is not cleaned properly, in as little as one ride the chain will sound and feel dry, leading new wax adopters to believe waxing is all hype. Unfortunately, some high profile reviewers have made this exact mistake, giving wax a poor name and misleading many consumers. However, many time trialists, arguably the most watt focussed cycling crowd, including riders such as one time world champion Tony Martin use chain wax. Tony is also renowned for currently using a 58T chainring with an 11-32 cassette to avoid losing watts via tight chain angles.

Preparation of a new chain is simpler but takes a little longer as the thick factory installed grease first needs to be cleaned out. Adam suggests an overnight soak in mineral turps, followed by an agitated soak in turps. Agitation is as simple as putting the chain and clean turps in a container and shaking it around. Finally, two more agitated soaks with clean methylated spirits. Agitated soaking with methylated spirits is critical to remove any film left behind after cleaning with turps. Film left on the chain will stop the wax adhering and is the most common reason cyclists have a poor experience with wax.

Methylated spirits and mineral turps are purer than common degreasers, making them ideal for the job, not to mention cheaper. Gearheads might enjoy cleaning the chain with an ultrasonic cleaner but this must still be followed by an agitated soak in methylated spirits. The second step is never negotiable when moving to wax. Existing chains can be used but be aware that although they will not need an overnight soak, it may take 10 agitated mineral turps baths to get them clean before using methylated spirits, depending on the previous lubricant used. If you are considering the switch to wax, it is often simpler to buy a new chain or wait until you are due for one.

Waxing The Chain
Now that you have a beautifully clean chain, the fun really begins.

What you need:
A small slow cooker between 1.5 – 3.5 litres. Larger pots will work but require more than one bag of wax in order to make them deep enough to swish the chain.
A bag of Molten Speed Wax, or regular paraffin wax.
Gloves.
A swishing tool fashioned from an older wire coat hanger.
Somewhere to hang the swishing tool after coating the chain in wax. A nail in the wall is perfect.
A chain, ideally with master links to make removal and installation simpler.

Molten Speed Wax suggests that you can get eight waxes out of one batch of wax for training chains, and up to 16 waxes for race only chains.

Race Day Chain
If you are regularly racing, using the same chain you use for training and merely apply new lubricant, you are really doing yourself a 3-watt disservice. Having a dedicated race chain is a smart way to go. There is no additional financial outlay, you’re going to need a new chain at some point anyhow, so why not have a dedicated, waxed race chain. When your training chain is due for replacement, replace it with your race chain and purchase a new race chain.

“World tour teams often get seasons out of their cassettes and chainrings because they replace their chains early and frequently, saving a fortune in dollars and friction,” says Adam. “Weekend warriors often get caught out with worn chains, resulting in needing to buy a new cassette when replacing the chain, sometimes even new chain rings!”

The decreased friction of waxed chains can prevent these sudden expenses from occurring unnoticed, reducing long-term drivetrain costs by up to half. “No matter what cycling domain you choose, road riders, gravel grinders, CX racers and mountain bike riders can all experience massive increases in drivetrain longevity along with lowered maintenance costs purely by running wax, and more so if you are running expensive components.”

Ghetto Waxing
It is actually possible to perform chain waxing with regular paraffin wax. However, it is not as refined as dedicated cycling wax, so it will still get contaminated quicker but in Adam’s words “Hardware store paraffin wax will still pretty much beat all regular lubricants.” As someone who follows Bike Snob NYC’s systematically downgrade your bike policy, I’d suggest giving both options a go and picking whichever suits your personality best.

Not Interested in Wax
“Waxed chains not only have less friction but can remain at lab performance levels for almost 300km under normal road conditions,” states Adam. That’s the length of a long tour stage. For gearheads happy to flip a few extra dollars on regular lubricant instead, a bottle of the newly released Ceramic Speed UFO Drip will lubricate up to 3,000km but at double the price of a bag  of wax that can do at least 6,000km worth of lubrication, well you get the point. 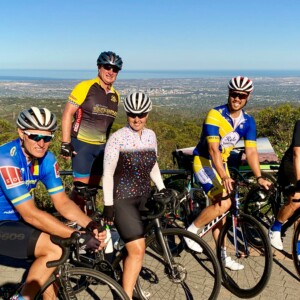 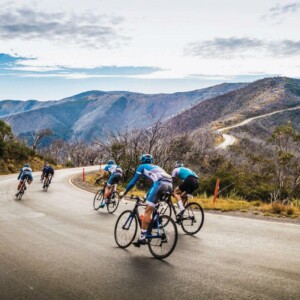