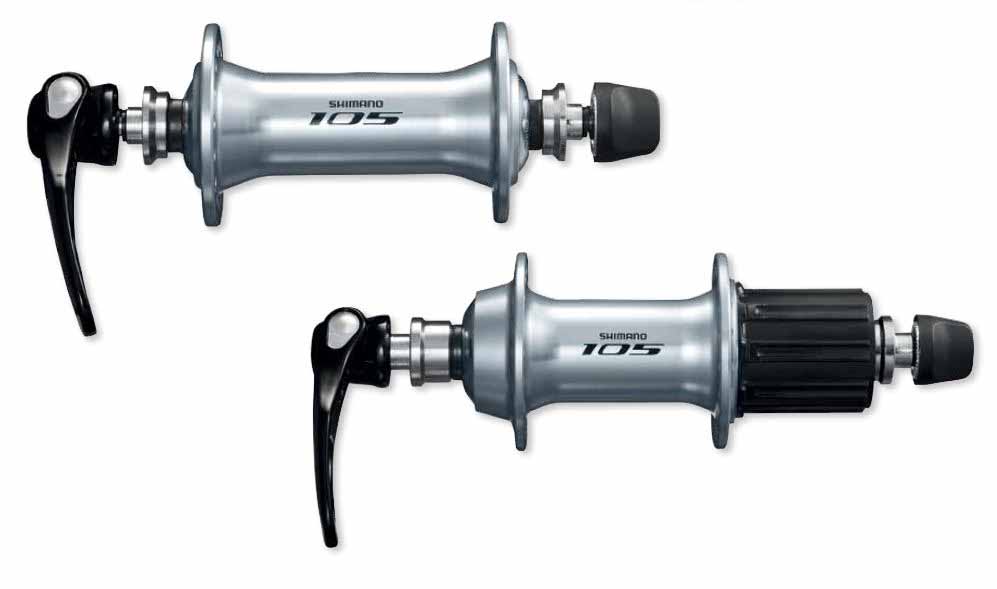 It may be said that the hub is the heart of the wheel and certainly has a big job to carry out. Firstly, the hub provides an anchor point for the spokes and holds the bearings in place so the wheel can spin. Secondly, the rear hub holds the cassette or sprocket which transmits the forces from pedalling via the hub body to the spokes ultimately propelling the rider forward. Lastly, the hub provides a sound mounting point for the brake rotor and an anchor point- through the use of quick release or bolts- to keep the wheels and frame attached.

At the very cheapest end of the industry, hubs are made from three pieces of steel – two pieces for the spoke flanges and one tube in between. In the middle price range sits one piece aluminium hubs. These can be machined or forged from a chunk of alloy. Small production runs and intricate shapes rely on the machining process whereas large production runs and smooth, flowing shapes work better with the forging process. Many of the high end hubs return to the three piece construction paradigm; often with exotic dissimilar materials for the flanges and the hub centre tube.

Another area where hubs fall into two camps is in the bearings. Most hubs have a cartridge bearing pressfitted into the central tube. If something goes wrong with the bearings, they can be fairly easily replaced with an entirely new unit (including hybrid- and full-ceramic options). The more traditional bearing option is the cup and cone design. Inside the hub shell is a steel cup that holds the ball bearings, while on the axle is a cone that holds the balls against the cups allowing the load to get from axle to hub shell. Cup and cone hubs are more easily adjusted and repaired than the cartridge bearing option, however once the cup is damaged you are usually looking at a replacement hub.

Traditionally cup and cone hubs used a threaded steel axle, two steel cups, at least 20 steel ball bearings and two steel threaded cones. (See Figure 1&2) All that steel is heavy, regardless of what the rest of the hub is made from. But adjusting one cone on its axle allows easy and accurate preloading of the bearings inside the hub. Cones are held in place by a locknut tightened against each cone – holding them in place for long periods of time. More modern variations of this theme have addressed the weight in various ways; by using aluminium axles and thinner steel cups (supported by the alloy hub shell rather than selfsupported), and with adjustfrom-one-end mechanisms.

Cup and cone hubs are
more easily adjusted and
repaired than the cartridge
bearing option,

Notice in Figure 2 how the side load (yellow arrow) doesn’t affect the way the bearing (black circle) runs against either the cup or the cone, either in presence or absence of the main load (green arrow).

The flange needs to be strong enough to support the high loads placed on it by the spokes. Fewer spokes and radially spoking are two means of dramatically increasing the load on the flanges. Lots of multiply-crossed spokes put a very low load on the flange in comparison.

With traditional J-bend spokes the hub can take just about any lacing pattern the builder wishes to use: radial, one-cross, etc. The limit on how many crosses you can use is dependent on the number of spokes in the wheel – you do not want one spoke to cross over the head of  its neighbour as this causes replacing a broken spoke to become a real chore. The practical limit for 32 spoke wheels is three-cross.

Hub dimensions have been an ever-changing set of standards through the years and depend mainly on the number of sprockets going onto the rear hub. Front hubs had a locknutto-locknut width of 100mm from a long time ago, and that hasn’t changed for a standard road hub. Even on the track this is the normal size. Rear hubs, in contrast, have gotten everwider. From 110 mm to 120mm (which is standard track size now) to 126mm (aka 5/6 speed) to 130mm (aka 7/8/9/10 speed) to the current “slightly wider than 130mm” (aka 11 speed).

Mountain bikes went to 135mm with the jump to 8 speed, resulting in enough space for a disc brake rotor and 10+ sprockets. Initially throughaxles didn’t allow for the hub to slot into the frame (the way all road wheels do) so the industry took us to 142mm; this is 135 with an extra 3.5mm on each end for positive engagement in the frame. Through-axle wheels are becoming common on disc-braked road and cyclocross bikes.

Recently ’boost’ spaced MTB hubs with 148mm (and 110mm front) outer dimensions have  come to market. This is the old 135/142 size with the flanges pulled 6mm further apart. However, ‘boost’ shouldn’t be confused with the downhill bike size of 110mm front (really a 100 mm front hub with spacers on the axle) and 150mm rear (which has more in common with the 135 hubs than the 148 hubs, and like the 135 hubs also come 7mm wider, 157mm, to slot into the frame). Yes, it can be incredibly confusing!

Flange diameters have moved around too, with fashion dictating low flange hubs starting  from the 60s. As the asymmetry of wheels increased with more sprockets, some manufacturers increased the size of the drive side flange to partially compensate. Recent wheels (8-11 speed) have about twice the spoke “angle” on the off side as on the drive side, requiring drive side spokes to be about twice as tight to centre the rim in the frame (look at any rear wheel and notice the difference between the two sides). A few companies doubled the number of spokes on the drive side as a method of equalising the spoke tensions – a method that works very well (it also leads to spoke counts divisible by three – between 18 and 27 usually).

Inexpensive hubs bolt to the bike, and are incredibly secure and are often seen on commuting bikes. The vast majority of hubs have a hollow axle (lighter and stronger at the same time). The quick-release skewer (an invention and first product of Tulio Campagnolo) passes through the axle to provide a secure but handoperated mode of retaining the wheel in the frame. A few well publicised lawsuits in the United States resulted in those tabs on the fork of your bike. They positively retain the wheel even if the skewer is not done up properly; safe but inconvenient. Finally, as mentioned above, some discbrake equipped bikes use a through-axle which can fall anywhere between a quick release and a pair of bolts on the convenience scale, depending on its design.

a well maintained hub
can last for a half-million
kilometres

Adding disc brake rotors to the hub forces the left flange inwards and on the front wheel results in asymmetry where before there was none. On the rear it actually improves the left to right spoke tension balance at the cost of lower overall wheel stability (because now both sides of spokes are more vertically oriented). It also adds weight and complexity to the hub. Centrelock rotors fit onto a splined section of the hub and then a single locknut (much the same as the one that holds on your cassette and operated by the same tool) retains the rotor. Six-bolt rotors have six threaded holes. This method requires installing six small bolts into the hub, preferably in a defined tightening pattern and at a specific torque setting.

Adaptors are available to put 6-bolt rotors on centrelock hubs, but not the other way around.

Regardless of design type, a well-made and well maintained hub can last for a half-million kilometres (far outliving both the spokes and the rim). A hub can be rebuilt with new spokes and rims multiple times, but it pays to keep the original lacing pattern as changing this can see fractures in the flange appearing. To achieve this longevity requires quite different approaches for loose ball hubs than it does for cartridge bearing hubs. With loose balls you should be doing regular clean and regrease overhauls, with periodic replacement of the balls and cones too (the wear pattern is for the balls to pick up material from the cones resulting in non-round balls and pitted cones – left too long it damages the cups which often spells the end of the hub’s useful life). With cartridge hubs, as long as the wear doesn’t get so bad that some other part of the hub is damaged, installation of new cartridges (with proper technique!) will make the hub good as new again.

Very few people think much about their hubs. Your new bike came with two. If you ever purchased wheels separately, there was another pair in them. Although it is rare to find a bicycle enthusiast that has built their wheels up from individual pieces, it is good to be aware of the different components that make up the hub, and may help you to better compare your options next time you go shopping. 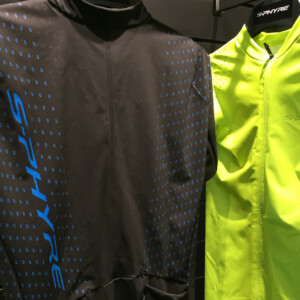 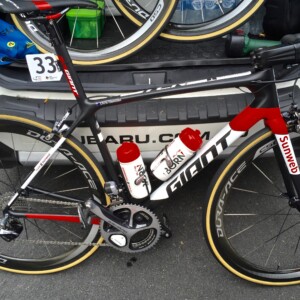