She is regarded as the greatest female track cyclist in history, has devoted a staggering two thirds of her life to the sport and is the most decorated Australian Olympic cyclist of all time. Anna Meares – the Queen of the track – has retired from professional cycling.

Announcing the news to a national audience via the Nine Network’s Wide World of Sports, Anna Meares said many had asked about her plans after the Rio Olympics and, more pointedly, whether she would consider training for the 2018 Gold Coast Commonwealth Games.

“With some time in reflection I have decided that I am actually going to retire,” she said.

“Having had to change tack for six months leading into it and to achieve the things I have, I feel satisfied and happy to step aside from the sport and try something new and different.”

Meares said her final appearance at this year’s Rio Olympics was a mixture of pleasure and pain.

“Most people were unaware just to get to Rio I had six cortisone injections through my spine,” she said.

Despite pages upon pages of palmares, Meares said she was most proud of having the opportunity to ride for Australia.
“ To represent my country, to wear green and gold. How fortunate is that?” she stated.

I feel satisfied and happy to step aside from the sport. Anna Meares

“Thanks to the Cycling Australia High Performance Unit Program, the AIS and Sports Commission, my sponsors both past and present, to my dearest friends, my beloved family, Bruce the beagle (her beloved dog),” she said.
“And of course thank you Australia,” she added.

Meares took up cycling when aged just 11 and living in the Central Queensland town of Rockhampton. A gifted junior, she won local, national and international events. At just 18-years-old she won Bronze at the 2002 Commonwealth Games in Manchester.

She went on to compete at the 2004 Athens Olympics, her first of a record four Olympics. There she won gold in the 500m time trial at just 20 years of age.

Three year’s after Athens Meares famously broke her neck during a race. Many said she would never ride again but just seven months later the ever-determined Aussie won silver at the 2008 Beijing Olympics.

The London 2012 Games will always be remembered for Anna Meares beating rival Victoria Pendleton in the sprint.
With Meares revealing she and Pendleton hadn’t spoken for 4 years, and  headlines such as ‘Bad Blood On The Boards’, in the mainstream media, this was far more than three fast laps, it was personal. Despite enormous support for the British hometown hero, Meares gloriously won Gold in the best-of-three sprint final.

It was this year, 2016, that Meares made her 4th Olympic appearance. Along with the huge honour of being Australian flag bearer, she won Bronze in the keirin to become Australia’s most decorated cyclist in Olympic history.

“Anna’s contribution to the sport of cycling is immeasurable, and whether on or off the bike, Anna exemplified the utmost professionalism and respect for the sport and her peers,” he said.

“Her results at the Olympic, World Championship and Commonwealth level are second to none and is a tribute to her hard work, dedication and commitment to excellence. Also the resilience shown by Anna as she faced repeated challenges throughout her career epitomised her strength of character and truly inspired the nation.

“While the trademark Meares stare, speed, power and victories will be sorely missed in velodromes across Australia and throughout the world, Anna has left a legacy on the sport that will be felt for years to come. Quite simply, the world of cycling is stronger because of Anna Meares, not poorer because of her retirement.” 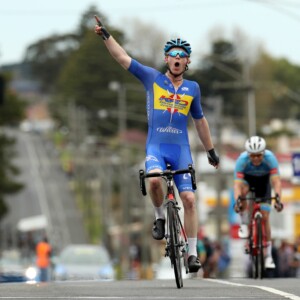