From Wiggins to Froome to Thomas and now Bernal … Anthony Tan ponders the biggest secret behind the most successful TDF team in history.

If Chris Froome didn’t crash at the Critérium du Dauphiné, or Tom Dumoulin at the Giro d’Italia, or Geraint Thomas at the Tour de Suisse, things might have been different.

There is zero point dealing with ‘if onlys’ because as riders often say, it is what it is. Besides, are you forgetting that the youngest winner in one hundred years of La Grande Boucle also broke his collarbone just two months from the Brussels Grand Départ, precipitating a change of race schedule from the Giro to the Tour?

How impressive is that?

Out of the twenty best riders on general classification, only Egan Bernal and Alejandro Valverde had not initially planned on being present and correct in Brussels on July 6. Like Bernal, the 2018 world road champion was down to ride the Giro but took a heavy spill on a training ride three days before Liège-Bastogne-Liège, resulting in a painful bone edema in his sacrum. (It prompted one reader in the Cyclingnews forum who, after incurring a similar fate, explained that just doing a number two in the bathroom for the next three months is a challenge in itself.)

While Thomas’ crash at Suisse wasn’t as severe as Bernal or Valverde’s, that they finished first, second and ninth overall – in what was indisputably one of the hardest parcours in the past 20 years – is testament to their superlative physical and mental resilience. For Valverde, at 39 years the second oldest in the race and down as a domestique to Nairo Quintana and Mikel Landa, it provided further affirmation that you’re only as young as you feel. Try as I have to feel otherwise, I now find myself admiring a person I once resented for his past doping indiscretions. To err is human, to forgive divine. That’s what I tell myself, anyway.

Much was made of the dual-leadership strategy employed by Team Ineos – right until the third-last day, which had to be neutralised from the Col de l’Iseran due to hailstorms and a subsequent landslide. It turned out to be little more than tabloid gossip, for as is almost always the case, the road decides. Thomas was as gracious a runner-up as he was a champion last year, which in many ways makes him even more likeable, if that was possible.

‘The Legs Determine The Leader’

Asked about returning to try and win a second, he said: “I’ve got that belief”. Yet if Bernal and Froome want to return to France next July (and you’d imagine they would) then he’ll be no. 3 at best. Such is the strength at Team Ineos, but as this year has shown, first you need to show up upright, fit and healthy, then avoid mishap till the high mountains, then perform when the going gets vertical. It’s little surprise that with one, two or three leaders, after 3,366 kilometres, the legs determined the leader.

Still, to have the last three winners on one team presents a conundrum for organisers ASO, race chief Christian Prudhomme and course director Thierry Gouvenou. Since Bradley Wiggins won in 2012 with metronomic muscle employed by the ‘Skybots’, a growing legion of fans (or, depending who you ask, trolls) have felt robbed of the intrigue and suspense that made Cadel Evans’ victory in 2011 or Greg LeMond’s eight-second winning margin in 1989 so memorable. The course had been altered to avoid a repeat though Vincenzo Nibali’s 2014 triumph aside, until this year, not much changed in terms of the threat posed by rival teams.

Julian Alaphilippe’s fourteen-day stint in the maillot jaune did throw a X-factor into the equation, admits numbers man Tim Kerrison, Head of Athlete Performance at Team Ineos, as did Thibaut Pinot’s presence in the Pyrénées. But as showy as the goateed Frenchman was, there was an impending sense he would eventually falter, for it was never his intention to ride for GC. As for Pinot, who appeared the greatest threat, it is now the second time in as many years he has cracked less than three days from the finish of a Grand Tour and within sight of the podium. What will that do to his mind?

If Bernal at 22 years young and riding his second Grand Tour cannot be beaten when Froome is absent and Thomas is not his best, then mishap aside, it is hard to see the status quo changing. “There’s no egos in this team. We know how to win this race,” Thomas told reporters in Paris upon the crowning of the first Colombian to win Le Tour. “We all know how to ride and how to win. We always come with one goal and that is to win the yellow jersey. Stages don’t matter. Green don’t matter. Polka-dot, red number (most combative), team classement… Nothing matters other than winning the race.”

Can any other team afford – strategically, financially or otherwise – to be so singularly focused?

I think so. Because as Mitchelton-Scott and Movistar demonstrated, it’s possible to change tack when things don’t go to plan. So successful was the Australian WorldTour squad at morphing into an opportunistic, stage-hunting unit, in fact, they came away with a quartet of victories and labelled it their “most successful ever” TdF in its eight-year history. “Of the six breakaways we were in, we took four stage wins and another one was cancelled so it’s not too bad of a strike rate,” Matthew White, their head sports director, said.

Nonetheless, the tales of the Yates twins Adam and Simon floundering in their primary objective, as did Thibaut Pinot and Romain Bardet, Nairo Quintana looking like he’ll never win the Tour, and Rigoberto Urán and Richie Porte finishing some way short of what was expected of them (and indeed, what was expected from themselves), provides a Tourmalet-sized dossier of evidence that it is one thing to have a blueprint for success and another to execute.

For the first 10 days of this year’s race, despite coming close but sans cigar, Caleb Ewan remained steadfast in his belief. “The team always kept believing in me and I also never stopped believing in the team and in my own speed,” he said in Toulouse, following the first of what would be a hat-trick of scalps in his debut Tour.

In a similar vein, those hoping to unseat Team Ineos need to think the same.

Over To You: Do you think Team Ineos can be unseated? How will the ‘brutal’ 2020 TDF course affect this ‘super’team? 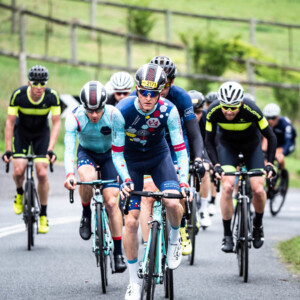 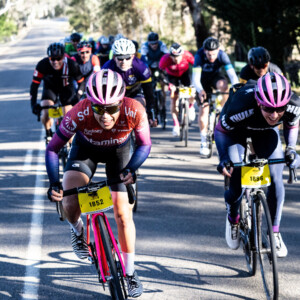