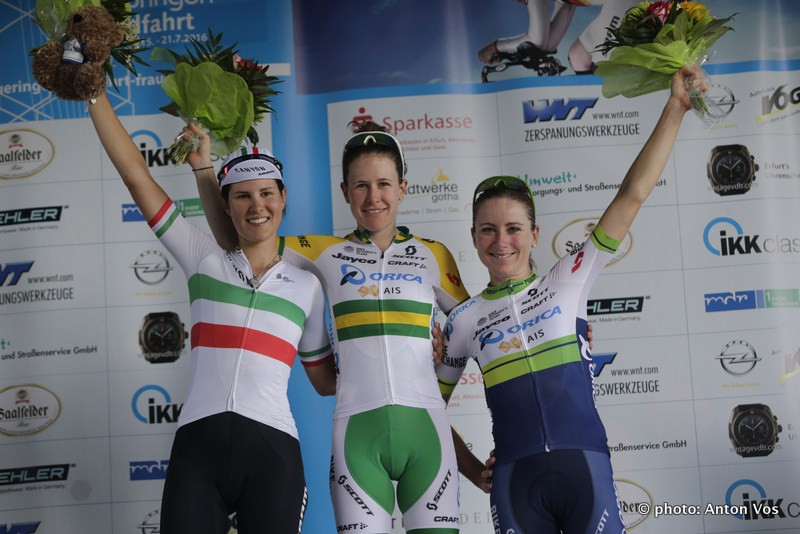 The win puts Spratt in second place on General Classification and stands her in great stead for next month’s Rio Olympic Games.

Launching her attack within the final 50km of the stage, 28-year-old Spratt and breakaway companion Elena Cecchini (of Canyon-Sram) gained a 4-minute lead on the chase group. Clearly the stronger of the two, Spratt surged ahead in the final kilometre to cross the line in clear air.

Speaking of her long range attack in the 130km stage, Spratt said it “was a good moment”.

“I attacked then Elena came across to me and we worked really well together,” she said

“It feel’s great to win, it was a target for the team coming into this race to go for stage wins and now we have ticked that box.
“For me personally, it is my final preparation before the Olympics and I have had really good feelings in the legs here so I think I am climbing well.

“I love racing this tour each year, last year I came close to a stage win but didn’t quite pull it off so it’s nice to turn that around this year and get the victory.
“Today has given me a lot of confidence, it’s always good to get a win before a big event.” 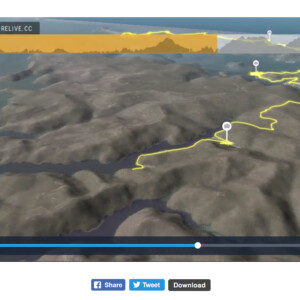