Team BMC have returned to their winning ways with Silvan Dillier claiming a thrilling sprint victory at Stage 6 of the Giro d’Italia.

Starting the stage with a puncture at kilometre zero, Dillier chased hard to make it through the peloton and to the breakaway. There he stayed for the duration of the lumpy 217km stage from Reggio Calabria to Terme Luigiane.

“To beat Jasper Stuyven in a sprint like this is crazy. I still can’t believe this,” he said after the win.
“I know the harder the race, the better it is for me. The final was really hard and Jasper Stuyven is a really strong rider. I had some concerns about him.

Asked about the significance of the win, Dillier said he had trouble geting his head around the occasion.

“It’s fantastic. Actually how I did it, I do not know,” he said. “I know when it is a hard sprint, I have power, I can push a big gear. I just tried to believe in myself and try to find some more energy. I could finish it in the end. I was chasing for a victory for almost two years now and it’s unbelievable that I get this one today. I had some nice victories and moments before, but this is for sure the biggest.”

The Giro d’Italia continues with the 224km Stage 7 from Castrovillari to Alberobello tonight. Another opportunity for the pure sprinters, the stage features rolling hills but no significant climbs. A fast finish is expected, will we see Aussie Caleb Ewan in the frontline? 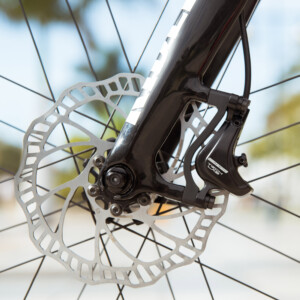