After a super-impressive 2019 road season, Mathieu van der Poel blitzed his first cyclo cross race of the 2019-2020 season, the Corendon-Circus star beating some of the world’s best to win a major Belgian race.

“It was difficult and very technical,” Van der Poel told newspaper Het Nieuwsblad after winning the Ruddervoorde over the weekend. “I was constantly looking for the ‘cross sensation and I didn’t really find it. I didn’t have the impression that it was fast.”

“So I rode my own pace, sometimes even leaving a gap. It was good enough but there is still work to do. This result is the confirmation that I have trained well. From now on it can only get better.”

Van der Poel told reporters that after the CX season he intends racing the 2020 Spring Classics before focussing on the Tokyo Olympics. After that, he said, the core goal will be starting his first Grand Tour, the 2020 Vuelta.

He’s the reigning UCI Cyclo-Cross World Champion and was the undoubted revelation of this year’s Spring Classics. But who exactly  is Mathieu Van Der Poel? Peter Maniaty did some digging.

At the start of the 2019 season there was only one young rider everyone wanted to talk about – and it wasn’t Mathieu van der Poel. Now to be fair, 19-year-old Belgian prodigy Remco Evenepoel has made a solid start to his pro career with Deceuninck-Quickstep. But his thunder has been well and truly stolen by the 24-year-old Dutchman, Van der Poel, off the back of a breathtaking debut Spring Classics campaign.

If you don’t know much about him, you’re certainly not alone. However it comes as no great surprise the baby-faced Van der Poel is proving a rather handy bike rider, for he’s virtual cycling royalty. His older brother David is a former Dutch U23 Cyclo-Cross National Champion. His father Adri was a two-time Tour de France stage winner, six-time Dutch Cyclo-Cross National Champion, 1988 Liege-Bastogne-Liege winner and 1996 UCI Cyclo-Cross World Champion.

It’s In His Blood

Even more impressively, his maternal grandfather is none other than French cycling legend, Raymond Poulidor, who spent the 1960s and 70s going head-to-head with the likes of Jacques Anquetil and Eddy Merckx, claiming Milano-Sanremo in 1961, the 1964 Vuelta Espana, seven individual Tour de France stage wins and eight GC podiums in his 14 Tour de France starts.

Fact is, bloodlines don’t come much bluer, so it was almost destiny when the Antwerp-born Van der Poel started to achieve success in the Junior and U23 ranks. Most notably, he was crowned 2013 UCI Junior Men’s Road World Champion in Florence, while in 2014 he finished 10th in the U23 road race that saw Caleb Ewan take the silver medal in Ponferrada, Spain. In 2015 Van der Poel also recorded two top-five stage finishes at the prestigious Tour de l’Avenir, one of cycling’s most historic barometers of emerging talent.

While the majority of his early elite-level success has come on the mud and dirt of cyclo-cross, it’s worth noting Van der Poel has never completely forgotten the road. He’s raced a handful of UCI road events in each the past few years with moderate, if not stunning, results. However it was July 2018 that firmly announced his arrival on the road when he seized a thrilling bunch sprint victory at the Dutch National Road Championships (somewhat ironically held in the region around Hoogerheide, home of Dutch cyclo-cross), despite having already spent most of the race in the breakaway. It was also the first time the world would see his now traditional post-victory celebration: lying down in the middle of the road, legs splayed.

Next stop in 2018 came the unforgiving streets of Glasgow, where Van der Poel sprinted to an impressive silver medal in the rain-affected European Road Championships behind Italy’s Matteo Trentin. The Dutchman then brought the curtain down on his breakthrough road season with a pair of stage wins at the Arctic Race of Norway.

Before long Van der Poel’s focus switched back to cyclo-cross where he went on to dominate the most recent UCI World Cup season (he won all six of the races he started) before securing his second UCI Cyclo-Cross World Championship in Bogense, Denmark. That was a result that creates the potential for a unique piece of history in September.

As the reigning Cyclo-Cross World Champion, Van der Poel could become the first elite male to hold both the Road and CX world crowns at the same time. (There’s even the possibility he could hold a MTB world title as well, with the 2019 MTB World Championships in Canada also on his current schedule – he claimed a bronze medal in the cross-country event in 2018.) While dual rainbows may seem a little fanciful, should Van der Poel reproduce his early 2019 form he’ll likely arrive in Yorkshire amongst the favourites with Alaphilippe, Valverde, Kwiatkowski and Sagan.

Dutch national coach, Koos Moerenhout, is certainly keen to have him there. “It’s a course that suits Van der Poel perfectly,” he told the media in April. “It may be that some of the [other Dutch] riders frown upon it – a young upstart coming straight in – but his class is unquestionable.”

Another thing beyond question is the proven trail Van der Pol is blazing. Riders the calibre of Sven Nys, Lars Boom, Zdenek Stybar and, most recently, Wout van Aert have all performed with great distinction on the road after first seizing the rainbow stripes in cyclo-cross. But it’s the sheer speed of Van der Poel’s arrival in 2019 that has stunned even the rider himself. At the start of the current season, if someone had told you a former CX rider would triumph at Amstel Gold, Dwars door Vlaanderen and Brabantse Pijl you’d have been almost certain the rider in question was Belgium’s van Aert. But just like his stunning final kilometres in the Amstel Gold Race on Easter Sunday, Van der Poel has come from virtually nowhere.

How far the gifted young Dutchman go? Still just 24, a glittering career surely awaits. Yet as rapid as his rise has been, Van der Poel appears in no great rush to commit to the road full-time. Pretty much every WorldTour team is courting him, with an endless wave of gushing compliments coming from Patrick Lefevere in particular. But with a contract in place with Belgian CX squad Corendon-Circus until 2023, he seems happy enough shifting between the road and dirt. Of course, should he claim the rainbow stripes in Yorkshire, the lure of the WorldTour and seven-figure contracts may prove impossible to ignore.

The jury is still out on what kind of impact Van der Poel can make in stage racing, largely because he’s hasn’t really put his mind to it yet. While three-week Grand Tours may prove a bridge too far at this stage of his career, Flanders (4th), Gent-Wevelgem (4th) and Amstel (1st) showed he can get over punchy bergs and cobbles with the very best.

Throw in his massive engine and sublime bike-handling skills and you’d have to think, at the very least, he could develop into a Classics and stage-winning phenomenon in the mould of Fabian Cancellara. Who knows what he could do in time trials if he really puts his mind to it?

Right now, one thing is certain. Wherever Mathieu van der Poel’s career takes him  over the next decade or so, it’s going to be  one hell of a ride. 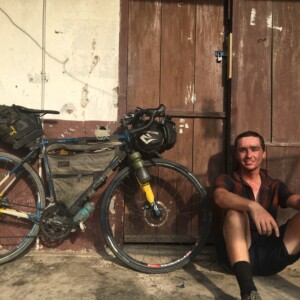 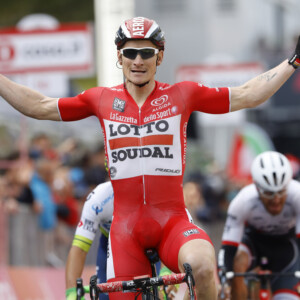